A first for the NFL 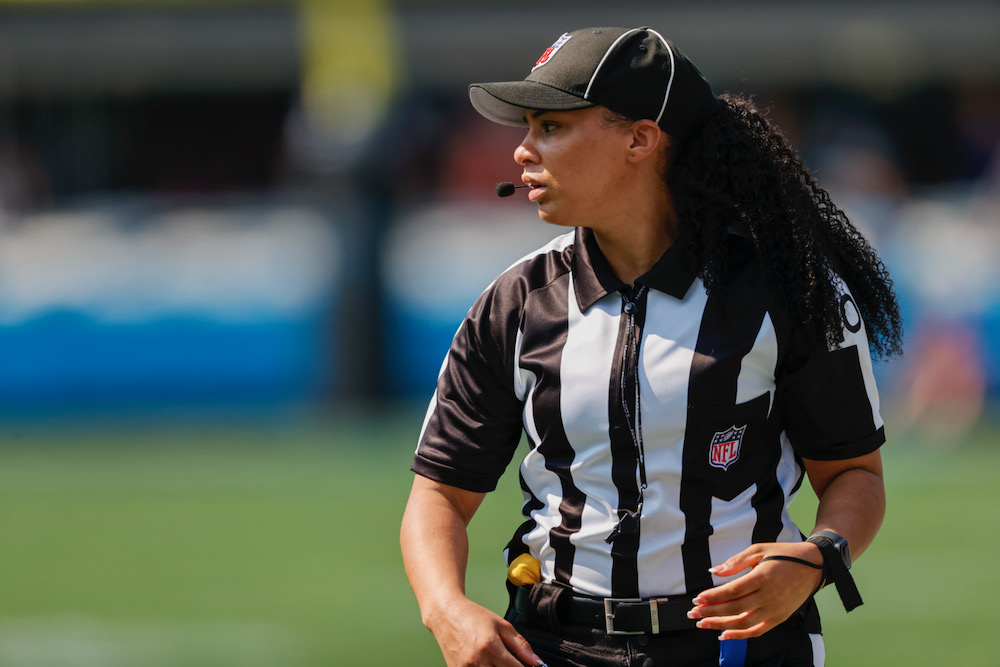 A first for the NFL


History was made Sunday at Bank of America Stadium when a Virginia Beach teacher became the first Black woman to officiate a NFL game.

Maia Chaka worked the game as line judge during the Panthers’ season opener, which they won 19-14 against the New York Jets.

“I am honored to be selected as an NFL official,” Chaka said in a statement earlier this year. “But this moment is bigger than a personal accomplishment. It is an accomplishment for all women, my community, and my culture.”

According to the FNL website, Chaka was selected in March — during Women’s History Month — to join the league’s officiating roster.

A health and physical education teacher, Chaka joins the NFL after working at the collegiate level, including stints in the Pac-12 Conference and Conference USA.

In 2014, she was part of the NFL’s Officiating Development Program, which works to identify college officials who could leap the pros.

In a statement released last spring Troy Vincent Sr., NFL executive vice president of football operations, called Chaka a “trailblazer” and said she inspires the league “toward normalizing women on the football field.”