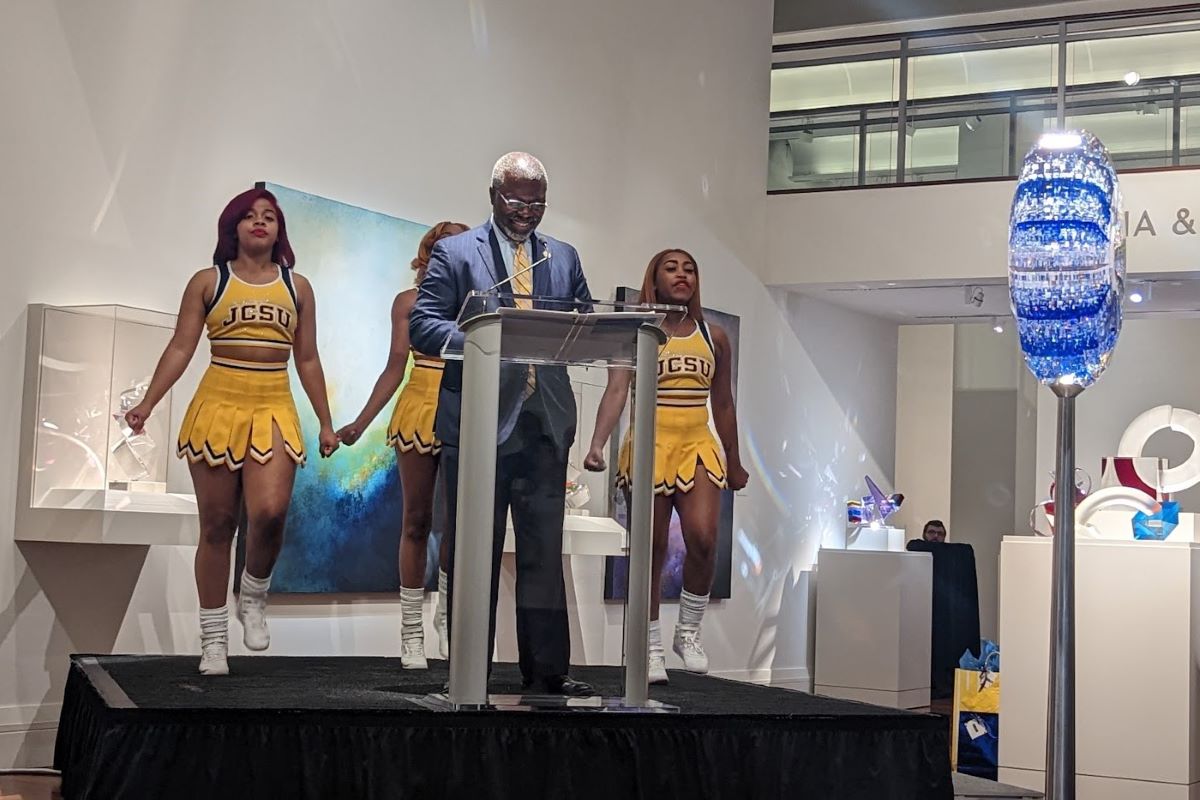 
The Gambrell Foundation announced Tuesday that it will give $1.8 million in support of Johnson C. Smith University.

The donation was made via the Mayor’s Racial Equity Initiative and pushed the school past an $80 million fundraising goal set by the initiative.

“This is just the beginning of a relationship on my watch with Johnson C. Smith going forward,” she said.

Why it matters: Since the killing of George Floyd in 2020 by Minneapolis police officers, U.S. corporations and wealthy donors have given generously in support of some historically Black colleges and universities.

In December 2020, MacKenzie Scott, one of the world’s richest women, announced that she would give $45 million to North Carolina A&T State University, part of an $800 million gift to colleges and universities. She pledged more than $500 million of that total to HBCUs.

Gambrell’s mother, the late Sarah Belk Gambrell, supported JCSU with more than $115,000 in donations in the 1990s, and the university’s auditorium in historic Biddle Hall is named in her honor, according to a JCSU web page.

A plan to address disparities

The Mayor’s Racial Equity Initiative, announced on the JCSU campus in November 2021, was created with a goal of raising $250 million to address some Charlotte’s social and economic disparities. Since then, the fund has raised $226 million, or 90 percent of its goal, Michael Marsicano, president and CEO of Foundation for the Carolinas, which oversees the fund.

The fund had set an initial goal to raise at least $80 million to help JCSU transform itself into a top-tier historically Black university. With Tuesday’s announcement concerning the Gambrell Foundation, the fund has now reached that goal.

Earlier this month, JCSU unveiled a new student health center, operated in partnership with Atrium Health, which committed $3 million in support of the school as part of the mayor’s initiative.

A legacy of giving

The Gambrell Foundation joins a growing list of companies and philanthropic groups to support the initiative. Sarah Belk Gambrell, who served as the namesake foundation’s chairman emeritus at the time of her death at age 102 in 2020, was the only daughter of William Henry Belk, founder of the Belk retail chain. She rose from an apprentice buyer of ladies’ ready-to-wear to a half-century career as a director and officer of the company, according to a Charlotte Observer article published at the time of her death.

The Gambrell Foundation has, over the years, donated millions to various philanthropic causes in Charlotte, often with a focus on education, at-risk youth and “vibrant communities.”

“This community is so deeply engaged and understands the value of the west side,” she said. “This is going to make a real difference.”