A letter to my younger self: LaToya Evans 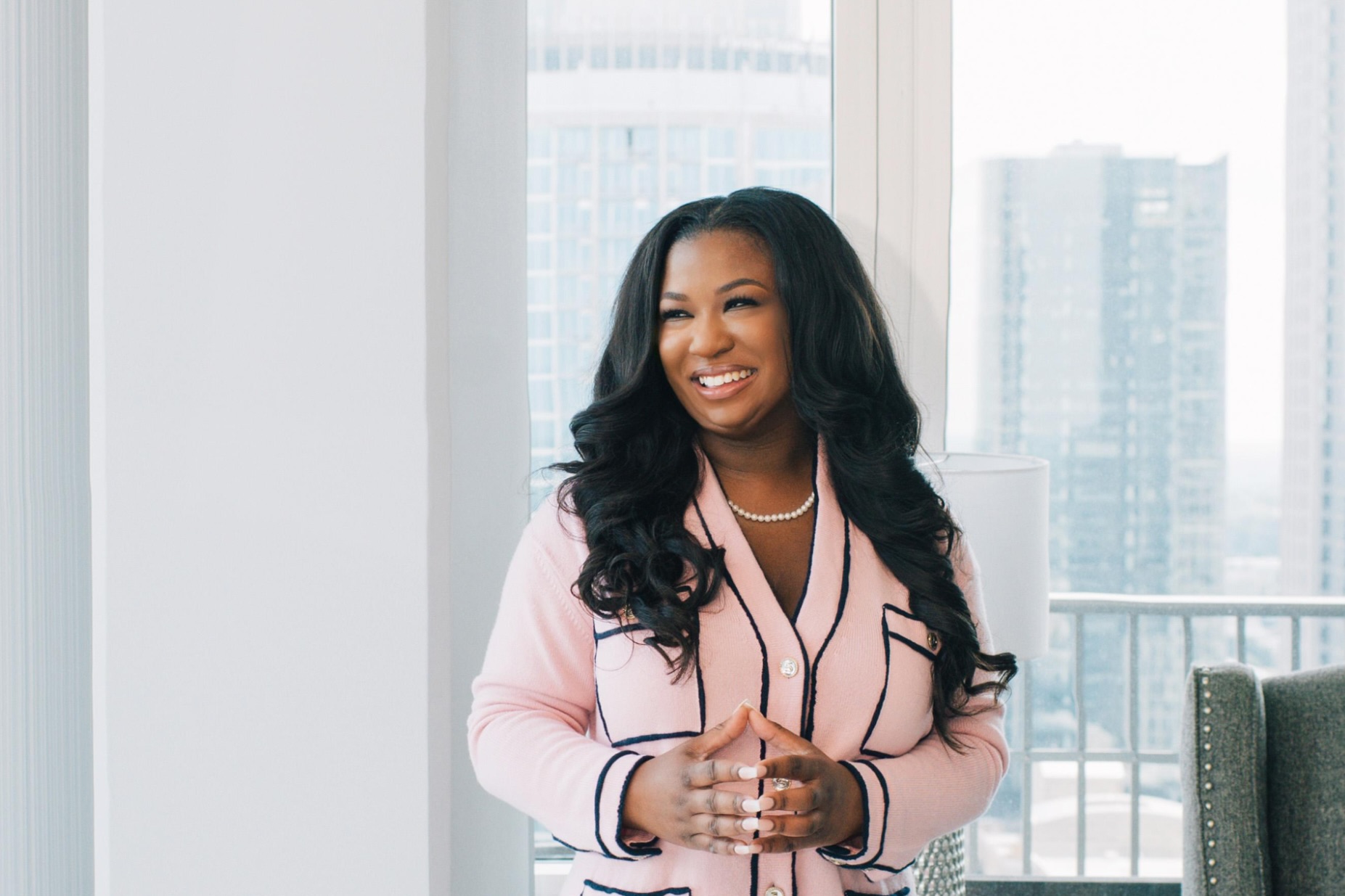 A letter to my younger self: LaToya Evans


LaToya Evans is the founding principal and chief communications officer of the LEPR Agency, a public relations firm based in Charlotte.

Before establishing the company in 2017, Evans, 36, served in various executive communications roles for notable brands including Walmart, Bank of America, IBM, Philips, and Compass Group.

Evans has grown her firm into a seven-figure business since devoting herself to the company full time in 2019. In 2021, she was inducted into the national PR Week Hall of Femme, joining other notable women in public relations, including Judy Smith, the inspiration for the ABC television network’s hit show “Scandal.”

Though her success continues, Evans has overcome her share of pain, disappointment and even periods of self-doubt.

Today, she tells her story through a letter to her younger self.

The journey you’re about to embark on will be one of the most pivotal of your life. As you turn 26 and leave New York this summer for a career-changing job opportunity, you’ll go back down South where you’ll begin the rest of your life.

As you take your second corporate relocation — this time to Arkansas and eventually a third relocation to Charlotte — you’ll emotionally be filled with optimism about your growing career and making six figures in your mid-twenties.

The future looks so bright for you in this new place with new opportunities for you to conquer. The irony is that for years, you wanted to leave New York but didn’t have the right opportunity to do so — you even called it your personal Gilligan’s Island.

On this one, God has finally given you a clean slate to move forward with your life by removing everything that would have tied you down, and you should take it.

No matter how much you want to look back on your time in New York, know that you’ve served your purpose by permanently, physically being there, and it’s a door you should keep closed — even if your new city seems isolating at first.

Still, be grateful for the many lessons New York taught you: to live on your own; to see how others live; to love and make adult decisions.

I must tell you – life will be SO good. But, before you get there, there will be obstacles along the way. If there is one piece of advice I’ll give you about this time period, it is that you cannot give up. You will absolutely want to, but on the other side is God’s amazing grace and the chance to be a testimony and an inspiration to many.

Don’t be afraid to be yourself

You’ll spend a lot of time trying to fit into boxes and meet the expectations of people, both personally and professionally. At first, you’ll want to conform to the workplaces you’re in.

You’ll do it in your communication style, and you’ll mimic the nail colors and hairstyles of your successful colleagues. On one occasion, after highlighting your hair blonde, you’ll make an emergency hair appointment to get it back to jet Black at the urging of a senior executive — because you had to maintain a certain look.

Don’t get frustrated or feel defeated when you don’t fit into those boxes. The overachiever in you who was groomed from birth won’t understand why these life challenges aren’t as simple as getting a high GPA or winning a pageant.

But from each job, you’ll learn the lesson and get the skill you need before it’s your time to end that chapter. Please understand this is by design – you were never meant for anyone’s cubicle or any little boxes. You’ll always be the one to color outside the lines and challenge the status quo – even if you don’t realize it.

Nothing about the next 10 years will be a textbook. And guess what? That’s your superpower! In your striving to become a c-suite executive, you WILL make it — and you’ll do it early, at just 30. But after that hard work, you’ll find that having your seat at the table isn’t what you thought it would be.

You’ll still work to prove yourself and be accepted, and you’ll learn that your seat — in many ways — is more symbolic than literal.

You’ll deal not only with discrimination in its various forms, but you’ll also find that your colleagues and even bosses will become intimidated and jealous of you as your popularity grows.

This will cause some unfair situations in your career, but just know that they are all for your benefit to lead you down the path you’re destined to walk. And those who doubted you will one day learn it wasn’t you all along.

You’ll get to live a very purposeful and fulfilling life, and while not without its challenges, you must trust God with your path and your journey.

That also includes the tragedy of losing your first child through stillbirth when you’re just 26 years old. The grief of this moment will influence you for the rest of your life, and you won’t understand it at first.

But through time, that grief will transform itself into understanding — and with it a drive to succeed like you’ve never known. This moment, this trauma, will serve as a catalyst for your future, and your son’s short life won’t be in vain because of it.

Through this process, you must trust God with your hurt and disappointment because he will use all of it for the glorification of him. He’ll use all those broken pieces around you and build a life and business with them to show people around you what’s possible.

You’re proof that deferral isn’t denial. The person who people once perceived as the weakest link can become the strongest – only in that world can the little girl who struggled to learn to read as a child become one of the greatest communicators in the field. But for you, it’s more than just a profession; it’s a major part of your life’s purpose and God’s assignment.

People will look at you and try to copy the formula, but they can’t copy the calling.

That’s what will make you different, why no weapon formed against you will be able to prosper, and part of why you’ll be so blessed – because you do God’s work.

Through your focus and commitment to your craft, the world will know your work, even if they don’t know your name. But there’s plenty of that, too 😉 And through your strength, tenacity and resilience, you’ll develop the grit needed to encourage many, especially young women.

Trust those doors that close because they’re just part of the plan. Trust when relationships end because they’ve served their purpose.

Not all friends – no matter how well-meaning – are meant to stick around. Some come just for a chapter to guide you into the lesson you need – like a cameo or a feature – and that’s okay. Goodbyes can be SO BEAUTIFUL, and you should focus on making each of them good because you had that song, that dance, or that chapter with them.

Learn to cherish every love story because some of them are so epic they’re worth telling, but like all stories, they simply come to an end. Be grateful for the opportunity to have loved in your lifetime because you’ll know quite a few who will leave this earth without having the chance.

Live your life boldly. Go on those trips – do it alone and do it scared – because there’s so much strength in independence, and you THRIVE in alone time. Throw those parties and bring the city out. Learn to shoot those guns. Make those moves alone across the country a few times. Embark on your dream of being a mother – whether you choose to go alone or not on that one.

Lastly, you’ll be blessed with the most incredible support group, and your family will continue to show up for you.

Give. Love on your family and friends often.

Bless strangers with your good fortune.

Allow chances, but not too many.

Align with God to be used to answer prayers (This is pretty cool, and it happens!)

Pick up the phone when it rings with life’s tough assignments. They are often painful but rewarding. Worth it every time.

You’re a testimony and proof of what things could be for so many. Live fully and loudly because it’s also part of your purpose. And what a beautiful purpose it is. You’re going to love your little life. You just wait 😉