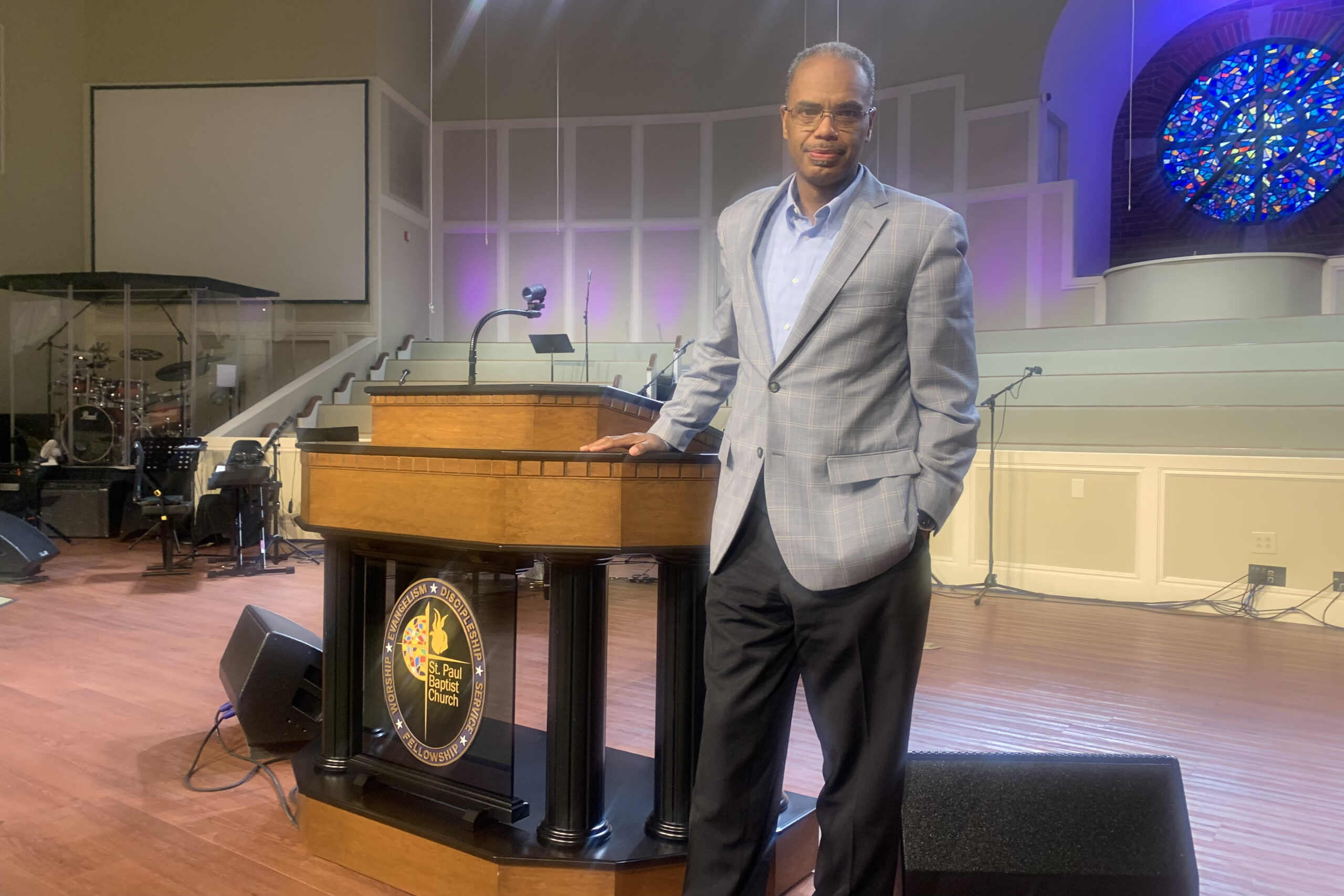 Reservations are made for dinner, not typically for attending church.

But at the 5,000-member St.Paul Baptist Church in east Charlotte, where at least 25 members have died from Covid-19, in-person worship each Sunday is limited to 600 people — first come, first served.

Pre-registration is required on EventBrite, where a colorful banner declares “Welcome Back Home.

Before worshipers can enter the church’s sanctuary, they are temperature checked, signed in, and escorted by an usher to a seat. After service, they are released by row.

“We are very vigilant as far as trying to maintain getting that information so that we can make sure that whoever comes to our service, that they feel safe and secure,” he said.

Why it matters: Since the start of the pandemic, many Black congregations across the country have shut their doors to all but virtual worship. And while some have reopened, St.Paul Baptist has incorporated a detailed strategy to protect its congregation.

The church, in east Charlotte’s Belmont neighborhood, has held virtual services since March 2020, but it reopened its sanctuary this past August as vaccinations have become more accessible.

Since the beginning of the pandemic, Scott has advocated for vaccinations. But he said he also respects the decisions of those who refuse to get the shots.

“If persons aren’t vaccinated, I don’t stop them from coming to church,” he said, “which is why we wear a mask and practice social distancing.”

Those who chose not to attend in-person service can watch virtually via the church’s website, Facebook, Vimeo, or Youtube. They also can listen in over a telephone call.

Adapting to the pandemic

Scott said his church’s finances have been constant throughout the pandemic, and that has allowed St. Paul to continue many of its outreach programs. The church also has invested to enhance its virtual presence. Scott said providing a great online experience has become paramount.

“Now, if your digital or virtual presence isn’t up to par, folks will change on you in a heartbeat, and they’re not going to come back,” he said.

Scott said one challenge he facings is figuring out how to remain connected with members in a virtual environment. For that, he and his deacons have quarterly “check up” phone calls with each member.

The church has also incorporated digital ministers to interact with worshipers via online chat rooms while virtual services are underway. They are charged with keeping viewers engaged, accepting new members, and leading virtual prayer sessions, among other duties.

Jeffery Stevenson, a digital minister on the church’s Youtube and Facebook channels, said his new role allows the virtual congregation to remain connected with the in-person congregation and with the pastor.

“You’ll have people that will never come back to church, and so that digital minister role has really served that bridge and will continue to serve that bridge,” he said.

Getting the youth involved

Scott said St. Paul has seen an increase in youth engagement because of this new concept. Some of those youths have since been deployed in leadership roles to help improve the church’s social media presence and online ministry.

“We’re getting younger people involved because technology is their lane, and they’re native to that,” Stevenson said. “They have helped us to navigate that space.”

Gwendolyn Garnett has been a member of St.Paul for more than 20 years and has attended in-person worship each Sunday since the church reopened its doors in August. And while she misses being able to hug her fellow church members, she said, she is happy with the safety protocols.

“They’re making sure that we’re really not having physical contact with each other. Everything else has been the same, and it feels good,” she said.

Scott, who preaches from a sanctuary that seats 1,600 people, said he doesn’t believe churches will ever return to full capacity and therefore must learn to adapt to the new norm of virtual worship.

“I think churches that fail to understand the shift that’s happening as far as the culture is concerned are not going to be in existence in about 10 to 15 years,” he said.