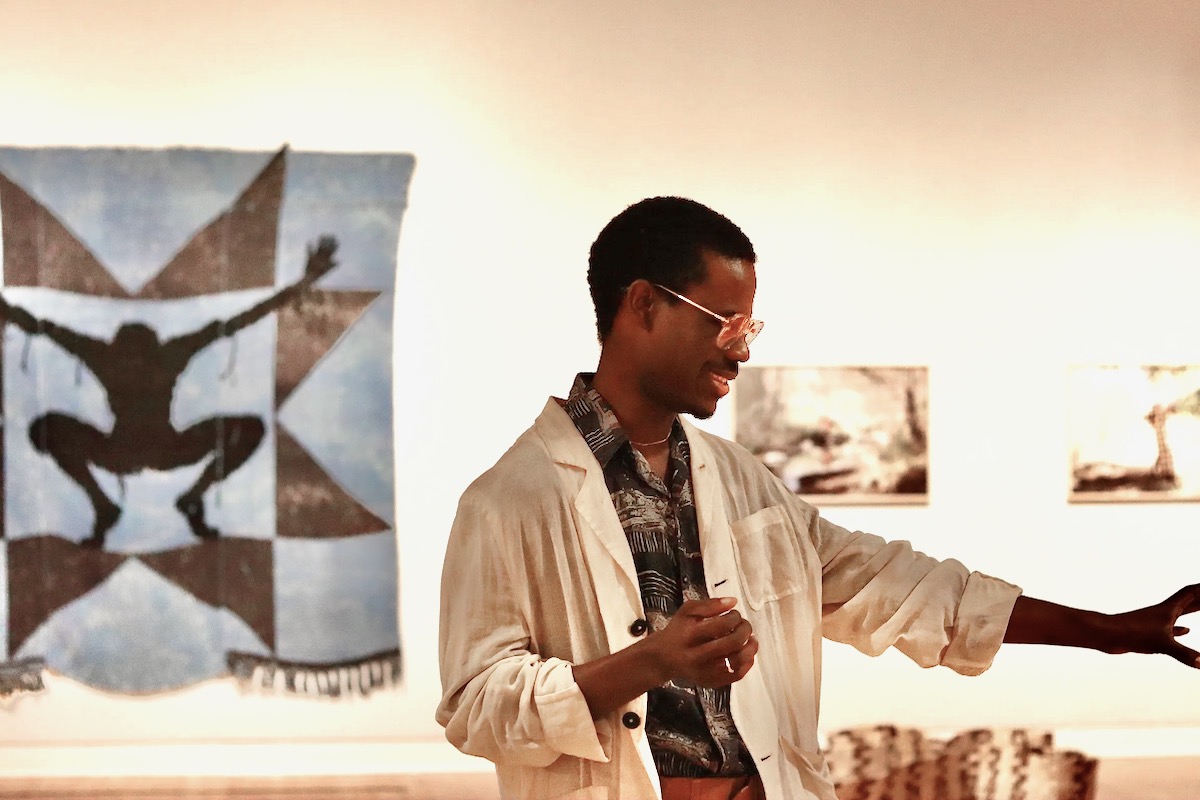 
Diedrick Brackens’ art blends various styles such as West-African weaving, American quilting and European tapestry-making to examine the experiences of queerness, Blackness and masculinity in America.

His latest exhibition “Diedrick Brackens: ark of bulrushes” combines past stories of liberation from the Bible to the Underground Railroad with current stories of freedom and remediation.

The process behind the art

The exhibit is curated by Lauren O’Connell, a longtime friend of Brackens’. The two met during grad school in 2012 and began to discuss the possibilities of a solo exhibition for him in 2017.

Around this time, Brackens began to transition away from more abstract work and toward including the human form in his work.

“Curating a solo exhibition often begins with a conversation about what is next for the artist and how the exhibition can be a platform for experimentation or expansion of one’s practice,” O’Connell said.

Brackens researched the history of basket boats and quilts and their roles in stories of liberation.

Brackens works with a team of three that helps him with processing materials, sewing, dyeing, and administrative duties. The timeline for Bracken’s weavings ranges from three weeks to three months whereas the baskets took two months.

Though there are occasions where one part of the weaving influences the other, Bracken’s tends to create the background and the figure simultaneously.

The meaning behind the art

The freedom quilts hearken back to the patterns enslaved Americans used to communicate with each other when traveling on the Underground Railroad.

Brackens told QCity Metro that he hopes his work prompts people to examine their own creative pursuits and ignites an interest in art and storytelling.

Another aspect of Bracken’s work that is important to him is the materials used, specifically cotton and indigo. Both materials are strongly tied to African-Americans’ enslavement in the United States.

According to NPR, enslaved Africans brought their knowledge of indigo cultivation to the United States in the 1700s. The profits went on to exceed those of cotton and sugar.

With his basketry, Brackens began to think about how he could use baskets as a symbol of self-liberation in his art.

This led him to craft a basket big enough for him to fit into and float down a river, similar to the biblical story of baby Moses.