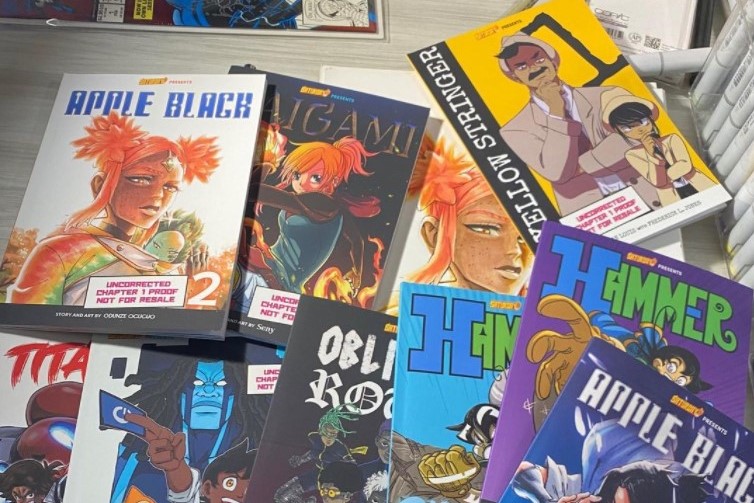 
Frederick L. Jones has long been a champion for diversity and representation.

As a student at UNC Chapel Hill in 1992, he fought for a Black Student Union. In 1995 he attended the Million Man March.

Today at age 49, Jones is bringing that same passion to the world of graphic novels.

“I felt a commitment to make sure our representation and our stories weren’t lost,” Jones told QCity Metro.

Jones’ entry into the market comes at a time when the popularity of graphic novels has seen explosive growth across all genres.

Jones grew up a fan of Jack Kirby, the well-known comic book writer and artist who had a hand in the creation of some of the most popular Marvel and DC Comics characters. He later became a fan of the Japanese genre known as manga.

That was in the mid-1980s, when a Japanese-American friend introduced him to “Shonen Jump,” a best-selling Japanese manga that dates to the 1960s. The characters, artwork and storytelling struck a chord with him.

Jones’ love for the medium expanded further when he traveled to Japan as an exchange student, at age15.

Being in Japan, he said, expanded his thinking about the graphic art form, Japanese culture and its people. But back home, he said, the industry had not evolved.

“I was still seeing the same things I was a kid,” Jones said.

In 2013, he launched Saturday A.M., determined to create a diverse and inclusive range of comic book characters.

“I didn’t see anyone that looked like me, and it started to weigh on me a little bit,” he recalled.

Jones said Saturday A.M. publishes writers who understand racial experiences and who feature LGBTQ+ characters in their stories. Those characters, he said, live on every continent except Antarctica.

Jones said he wants readers to be “inspired, excited and thrilled” when they encounter those characters.

“We’re all about trying to create content that everyone can enjoy,” he said.

Saturday A.M. has two additional brands: Saturday Brunch, which is geared toward a female audience, and Saturday P.M, which features content and themes for a mature audience.

Jones recalled a letter he got from a boy in South Africa who said he was elated to find comic book characters who look like him and lived lives similar to his.

“The power of representation is very, very important…more than people give it credit for,” Jones says.