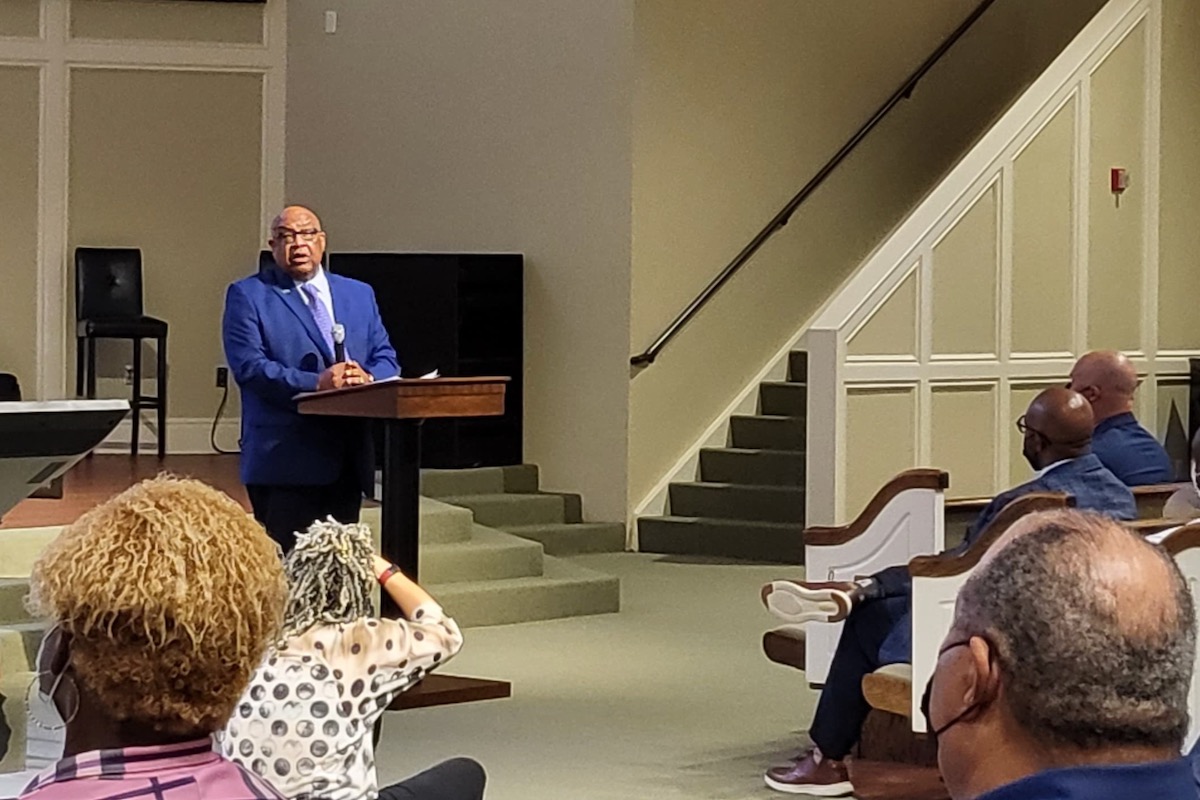 “You know as well as I that our nation and our world are facing some serious and existential threats,” said Redmond, secretary-treasurer of the AFL-CIO, which represents 57 labor unions, together representing more than 15 million active and retired workers.

Among the threats Redmond named: voter suppression, particularly across the South. Poor people and people of color, he said, are being “hit hardest.”

“I hope that we can say that we stopped and we helped, despite our fear, and we together spoke truth to power,” he said.

Redmond, the highest ranking Black official in the U.S. labor movement, was in Charlotte as part of the AFL-CIO’s “Labor in the Pulpit” campaign, which places union leaders as guest speakers in faith congregations, so that they can “speak about the values of equity, racial and economic justice and the solidarity that labor shares with the faith community.”

Redmond made history in June when he was unanimously elected to lead the AFL-CIO.

In his pre-Labor Day message at St. Paul Baptist, he spoke about the need to reconnect the labor movement with the Black church.

Redmond’s visit came at a time when the nature of work and the role of unions have taken on new importance.

In 2021, union membership declined by 241,000 people, to 14 million workers, or 10.3 percent of the U.S. workforce, according to the federal Bureau of Labor Statistics. The highest unionization rates were among Black workers.

Redmond recounted a sermon by the Rev. Martin Luther King Jr., delivered the night before King was murdered, in which the civil rights leader referenced the biblical parable of the Good Samaritan.

Like the Good Samaritan who stopped to help a wounded traveler, Redmond said, King traveled to Memphis, against the advice of his advisors, to rally sanitation workers, who were striking for better working conditions.

“He asked himself, if he did not go to Memphis, what would happen to the 1,300 suffering sanitation workers?” Redmond said.

Redmond also quoted Walter Reuther, a former president of the United Automobile Workers (UAW), who once said, “He who serves God must prove he is worthy by serving man.”

“We have plenty of opportunities ahead of us to prove ourselves worthy,” Redmond said, noting the Black church’s history of organizing for civil rights and social justice.

He said the current generation of young people standing up for labor rights has left him “feeling positive” for the future of the labor movement.