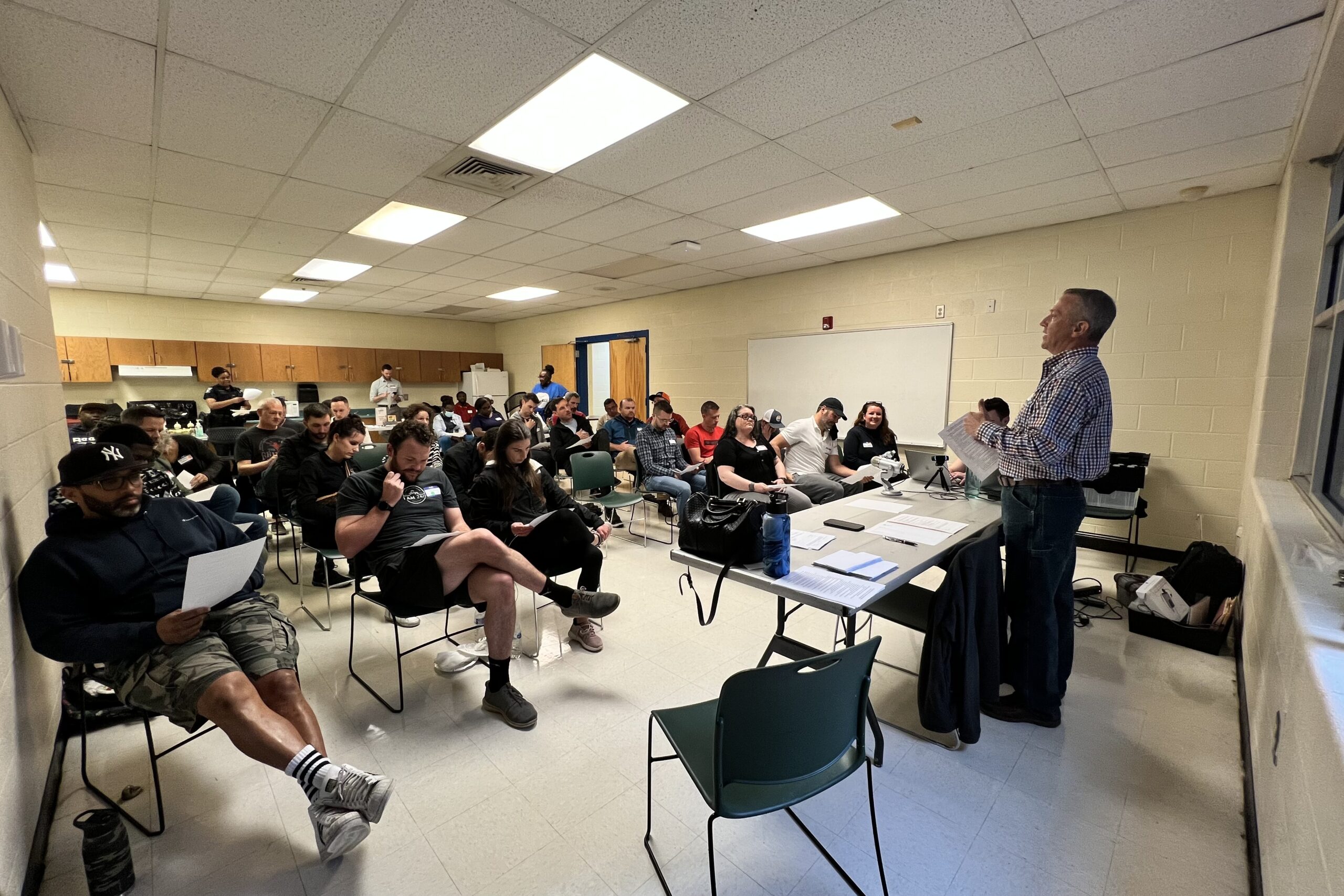 
A group of residents from the Seversville neighborhood in northwest Charlotte voted unanimously on Tuesday to remove Amar Johnson as president of their neighborhood association. The vote, held at the Wallace Pruitt Recreation Center, followed months of bitter disputes between Johnson and some of the residents he was elected to represent.

A Seversville resident for the past six years, Johnson is running for election to the Charlotte City Council in District 2, a seat currently held by Malcolm Graham.

Tuesday’s 53-0 votes came immediately after the Seversville residents held a community meeting to discuss a “list of grievances” against Johnson.

Among other allegations, the neighbors alleged that Johnson disallowed “healthy discussion around topics that impact residents.” They alleged that he refused to fill board seats and campaigned for City Council during community meetings without inviting other candidates to speak.

A printed document distributed at the meeting further alleged that Johnson refused to allow residents to make motions during official meetings and acted as spokesman for the Seversville Community Organization “in direct conflict with values of the community.”

When contacted by QCity Metro, Johnson said he would address the allegations and the no-confidence vote at a later time.

Emails and documents reviewed by QCity Metro show that, in past efforts to mediate disputes, Seversville residents engaged the services of the Lee Institute and Charlotte’s Community Relations Committee, which is headed by Executive Director Willie Ratchford.

“We have witnessed a neighborhood really not knowing where to turn,” Shannon Hughes, president of Five Points Community Collaborative, an advocacy program for neighborhoods in the Historic West End, told QCity Metro.

Hughes, who serves as president of the Wesley Heights neighborhood group, was asked to moderate Tuesday’s meeting.

Johnson was elected president of the Seversville neighborhood group in 2020. According to one resident who spoke with QCity Metro, problems arose almost immediately. That resident asked that her name not be published because of the contentious nature of recent events.

“When the pandemic hit, our meetings went to Zoom, and he [Johnson] wasn’t using any of the traditional means of communicating when these meetings were occurring,” the resident said. “After a while, myself and other residents became disengaged.”

Another resident, who also asked that her name not be published, said Johnson once ejected her from a Zoom community meeting when she spoke up to insist that members had a right to be heard.

According to the “list of grievances,” Johnson authorized an “unsanctioned $800 Forensic audit of the [organization’s] accounts with the intent of digging up dirt on another board member.” The audit revealed no financial wrongdoing, some of the residents said.

Residents at the meeting also discussed allegations that Johnson, in the midst of the pandemic, spent $1,000 in neighborhood funds to throw an in-person Christmas party that only select residents were invited to attend. They also alleged that he raised anuual dues from $25 to $60 without explanation and refused to present an annual budget, despite residents’ requests.

The members on Tuesday also voted unanimously to install the organization’s treasurer, Ray Feaster, as interim president to lead restructuring.

When some residents attempted to express their desire to fill the vacancies, some residents said, they were muted by Johnson during community Zoom meetings.

In a January interview with Spectrum News, Johnson said the Seversville name was inherited from a family with ties to the Confederacy. That family, headed by Henry F. Severs, once owned a store around which the Seversville community sprang up.

In an interview with Spectrum News reporter Rachel Loyd, Johnson referenced a 1931 Charlotte Observer article that mentioned Henry Severs as keeping Confederate memorabilia in a private museum. One of the artifacts Severs allegedly displayed, Johnson told Spectrum News, was a bill of sale for a “Negro boy,” 12 years old, for $145.

“I don’t want to be associated with anything like that, and neither do the people of Seversville,” he said during the broadcast.

Johnson told the reporter that a committee had been formed to consider new names for the neighborhood.

Some residents said Johnson’s interview came as a shock, and they alleged that he had not consulted with Seversville residents and was not authorized to speak for the community.

A history of change

Nestled in the shadow of uptown Charlotte near Johnson C. Smith University, Seversville was once a whites-only community with its own street car. As white residents moved out, Black families replaced them.

Seversville today has a racially diverse population of young professionals and older, longtime residents, a demographic shift owned to gentrification.

In 2014, Seversville residents initiated a campaign to spotlight the community’s history and current racial diversity. With help from consultants, they came up with the tagline “hidden gem.”

Residents also discussed the neighborhood’s name and its ties to the Severs family. According to some of the residents who spoke with QCity Metro, no consensus emerged around changing the name, with older, Black residents especially opposed.

The issue resurfaced after Johnson was elected neighborhood president. Around that same time, the Charlotte City Council had voted to rename city streets that honored men who espoused white supremacy or had ties to the Confederacy.

Residents who oppose Johnson said he ignored those who spoke against changing the neighborhood’s name.

Seversville resident Missy Logan said that, while she favored investigating the legitimacy of Johnson’s claim about the Severs family, she later found that some of the information he distributed was “misinformation.” She said she worried that the information might lead to a “bias vote” on the issue of renaming.

On Tuesday, after residents voted to remove Johnson as neighborhood president, some wondered aloud whether he would honor the vote. Johnson did not attend the meeting.

“What has been separated is going to end up causing them to come back again,” he said.