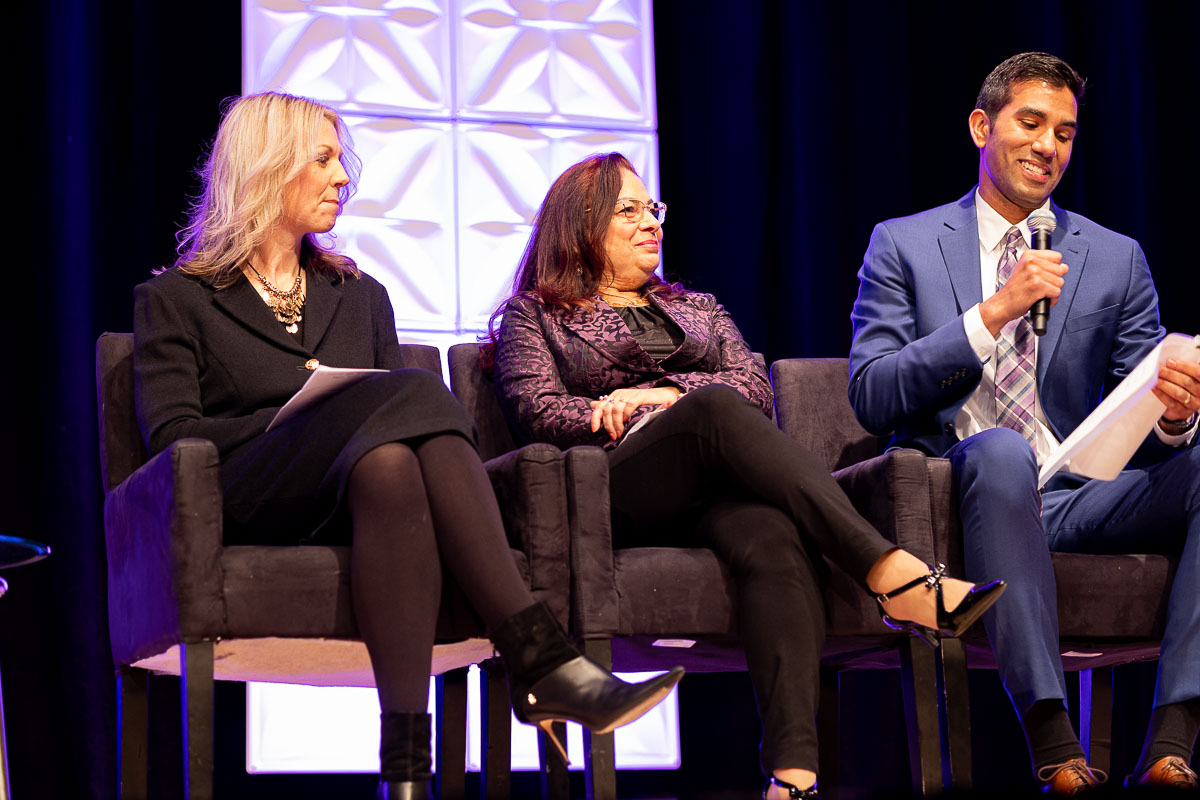 
If Charlotte is to succeed, it must create more opportunities for minorities to be in positions of leadership, so said a panel of women who spoke at the YMCA of Greater Charlotte’s 29th MLK Breakfast.

The women, all in leadership positions, said it’s important to create an environment where minority communities can be mentored, thus creating a pipeline for the next generation of leaders of color.

The breakfast is held annually to commemorate the Martin Luther King Jr. holiday. But unlike in previous years, organizers of this year’s event said they were deliberate in selecting an all-women panel.

“We chose all women because we realize that a lot of challenges, as it relates to income gaps or climbing the corporate ladder, are often related or directly tied to women,” John Ham, board chair of the McCrorey Family YMCA, told Qcity Metro last week.

Close to 1,300 people attended the event, the YMCA’s first in-person MLK breakfast since the pandemic.

Creating an ecosystem that molds leaders

Trotman, with Foundation For The Carolinas, said Charlotte has a lot of hidden talent that goes undiscovered.

“We have this trend where we find the most popular, this small group, and we cycle them through and focus on them,” she said.

Trotman said Charlotte needs more leadership programs that build a pipeline for the next generation of leaders.

Gonzalez, with the Women’s Business Center, emphasized a need for improved education, including classes that teach financial literacy. She also called for more community involvement when seeking solutions to community problems.

Coltman, with Advocate Healthy, said she often finds herself the only woman in a room of men. Still, she said, she tries to remain true to herself and who she is as a woman. She wants to set an example, she said, for her 5-year-old daughter.

“I think sometimes women have been told that we need to not be emotional,” Coltman said. “I will cry at work if I’m called to do that. I’m not going to artificially suppress that.”

Terrell, with ASC, said being a woman and Black is even more difficult, because Black women are often placed in demanding positions with inadequate resources. She said women of color must advocate for themselves and what they need.

Trotman agreed, saying community leaders should be held accountable for how they support Black women.

“I’ll say for all the Black women in the room, we know how to pull something together and make it work,” Trotman chuckled. “But we shouldn’t have to do that. We should be given that runway so when we have the vision, we know it’s going to work.”

Gonzalez said women are disproportionately given responsibilities but often go unrecognized for their contributions. She urged attendees to become champions for minority women by looking beyond their quirks and physical appearances to recognize their talents.

Don’t talk about it, be about it

When it comes to inequity and inequality, Trotman said, what’s needed is less talk and more action, especially when it comes to providing resources to strengthen people and communities.

“What I do want to do is put out a challenge for us to, as a community, think about 50 years from now,” she said. “What do we want to look back on and say?”

Terrell said Charlotte can’t move forward to address inequity if efforts are simply performative. And while she noted a handful of minority leaders in Charlotte, she said white leaders must be willing to distribute their power.

“It really is about working with those that you want to invest in and being able to do that work together,” Terrell said. “Think about [it] from a lens of power and who’s able to really make decisions.”

CORRECTION: An earlier version of this story incorrectly stated that Elizabeth Trotman is the senior vice president of civic leadership programs and initiatives at Foundation For The Carolinas. She is no longer in this role and is now president and CEO of One Catalyst Consulting.