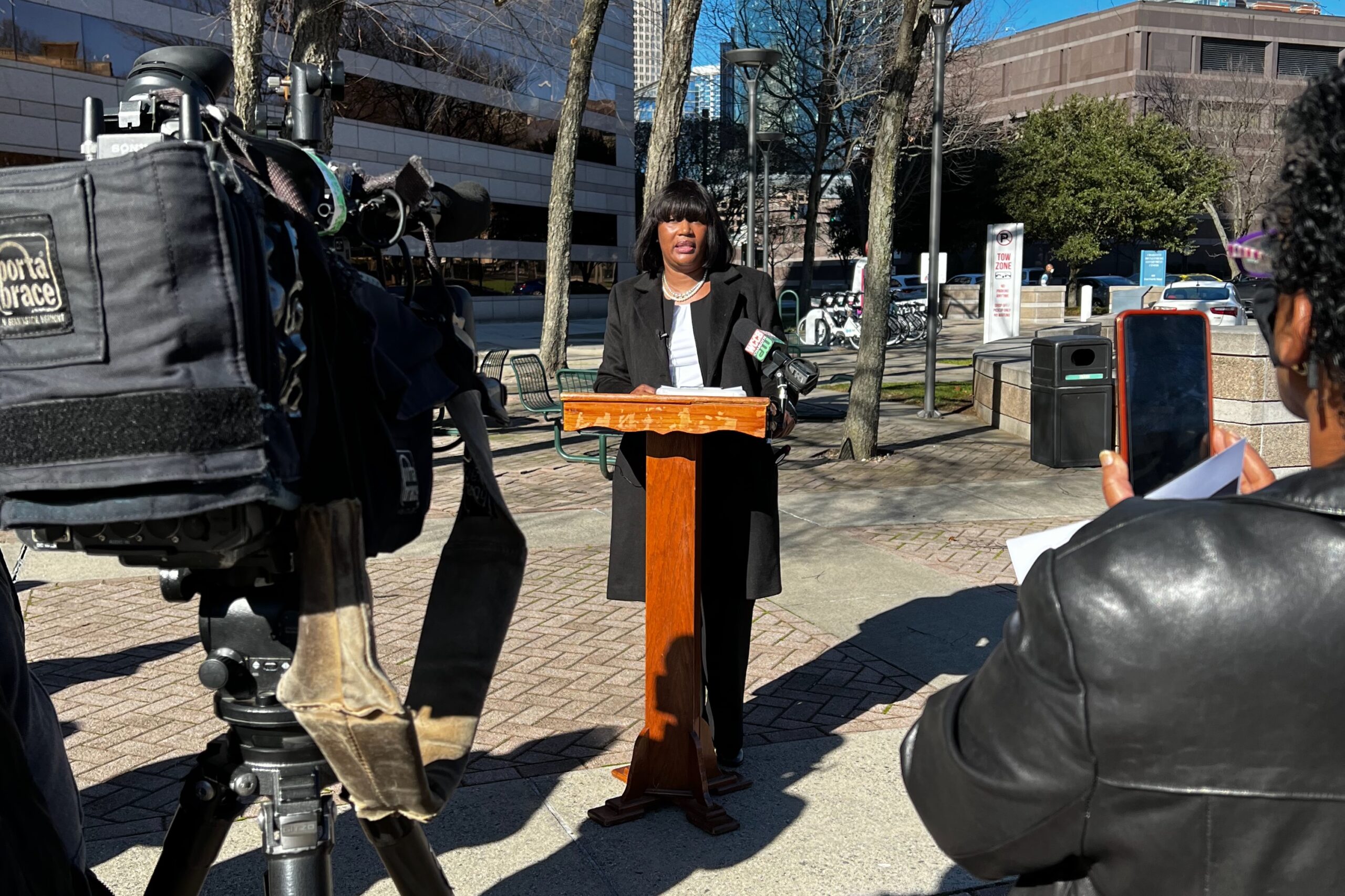 
Aujiena Hicks, a veteran law-enforcement officer, announced Monday that she will run for the office of Mecklenburg County Sheriff — the first Black woman to seek that post.

The county’s current sheriff is Garry McFadden, who ran unopposed in the 2018 general election. In the Democratic primary, he won 52.2% of the vote in a field of three candidates.

Although McFadden has not officially announced his candidacy, he is expected to run for reelection. Both Hicks and McFadden are registered as Democrats.

She started her career in law enforcement as a corrections officer at the New York City Department of Corrections at Rikers Island and the West Virginia State Division of Corrections.

Kicking off her campaign at the Charlotte-Mecklenburg Government Center, Hicks noted what she described as “unsafe conditions” in the county’s detention centers. (In late December, state inspectors found conditions inside the jail unsafe because of a Covid-related staff shortage.)

Days later, McFadden’s released a statement saying his office was working to reduce the number of detainees inside county detention centers. Part of that effort, he said, would involve transferring detainees to other facilities in the state. He said his office also would work with others in the legal system to identify detainees who may be eligible for release.

“These are unprecedented times,” he said in the statement. “Our staff has worked through the COVID-19 Pandemic since the beginning of 2020. They are fatigued, coping with loss due to the virus or battling the virus themselves while still fulfilling their duties…”

Hicks, however, blamed conditions inside the jail on “irresponsible policies” implemented by McFadden, a former CMPD homicide detective.

“I’ve had many sleepless nights worrying about the unsafe conditions created as a result of the current administration’s lack of knowledge of the operations…,” she said.

Hicks said she wants to restore the Sheriff’s Office to the “level of professionalism of the past.”

To accommodate two lawsuits challenging Republican-drawn maps for Congress and the state’s legislature, the N.C. Supreme Court ordered that the state’s March 2022 primary be delayed until May 17. The general election is still scheduled for November.

View the full list of offices on the ballot in 2022.