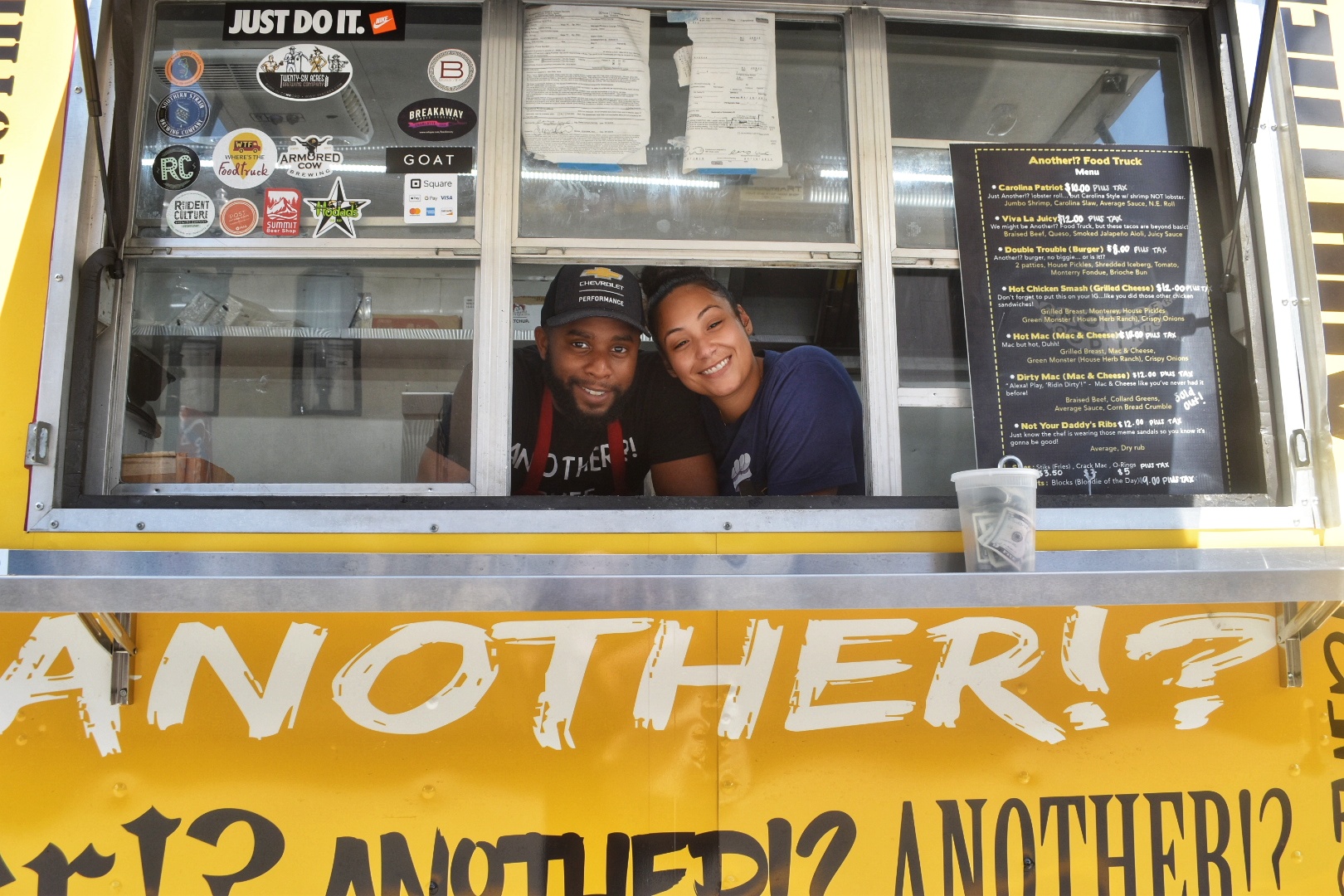 
One of Charlotte’s Black chefs recently won $10,000 in a television cooking competition.

Local food truck connoisseurs and avid Food Network watchers may have recognized Chef Anthony Denning, owner of Another?! Food Truck on a recent episode of “Chopped.”

On “Chopped,” four chefs must create a dish from a “mystery box” of ingredients. Dennings’s won the latest episode titled “More Cheese, Please.”

Denning’s winning dishes were inspired by the food he serves on his truck.

While Denning’s greatly appreciated his experience on “Chopped” and is grateful for the win, he said that currently, things are “business as usual” as he reinvests into his business and improves the truck. However, that doesn’t mean he’s all work and no play.

“I am gonna take my family on a vacation; we need it,” said Denning’s

Denning’s is newly married and is also father to an eight-month-old son he wants to see follow in his footsteps. As he celebrates all the new changes in his life, Denning’s talked with QCity Metro about his thoughts on Charlotte’s food scene and his experience on the show. He also shares some advice for up-and-coming chefs.

Answers are edited for clarity and brevity.

It was a surreal feeling and intense. The show is exactly how it’s advertised; the time limits are strict. You’ve just got to go in and trust that you can cook the things you are comfortable with cooking.

I’m just happy that my grandparents, my family, and people have been supporting the truck, And more than anything, I want my son to be able to see it in the future when he’s old enough to realize what’s going on. So it was definitely a dope experience.

What did you learn from the experience?

I’ll probably end up connecting with a few of them in the future. But more than anything, like competing in and winning, Chopped definitely taught me that anything is possible.

How will this win impact your business?

Overall I think it affected the truck in a positive way. I think it’s gonna bring more traffic, and I also think that it kind of put pressure on me to maintain a certain standard of food from the truck. When people see me on such a big stage, they expect to get to know a high-level experience; it kind of puts the battery back in my back.

I feel like I was a little worn out from the hustle and bustle of running and maintaining a business, let alone a food truck. It can wear you out.

Seeing all the support from Charlotte and all of North Carolina, I’ve wanted to highlight every step of the way, seeing their support. It definitely reenergized me.

How would you describe Charlotte’s food truck scene?

I feel like, at one point, a lot of the food trucks were together, and then it kind of started to dissipate. Now I feel like, especially the black food truck owners, a lot of us are building personal relationships with each other.

“A Little Taste of Chicago” was a good friend of ours. “Not Your Average Food Truck,” “22 Street Kitchen,” “Made From Scratch,” and “B Cooks” are just to name a few. Those are big influences on my wanting to get into food trucks.

I gotta make sure I mention them. But Charlotte’s food scene is definitely on the rise. I’m proud of all the other Black chefs. We’ve started to work together, build, and grow as a whole; it’s super dope to see.

What are you looking forward to after winning the competition?

I just want to continue to grow the business and continue to reach more customers. I appreciate Food Network’s platform and show for making it bigger than it was before. I just want something that I can pass on to my family.

What is it like cooking in a food truck vs. in a kitchen?

Owning and operating a food truck has made me sharper as a chef because, unlike when you work in a restaurant, if you forget something, you have to pivot. Once we leave our commissary kitchen, whatever I have on that truck is what I have, and there’s no way to get around that.

Working in a food truck has also taught me to be more organized. When you get a mystery basket, it’s kind of like that on a food truck. I may have thought I brought the ranch, but I didn’t. And now I got to turn something into ranch. I think it definitely helped me on Chopped and it helps me as a chef overall.

What tips do you have for other food truck owners?

I’ve had to learn how to prioritize, and what to put first because sometimes as an entrepreneur, you put business first. But that’s not always the right decision.