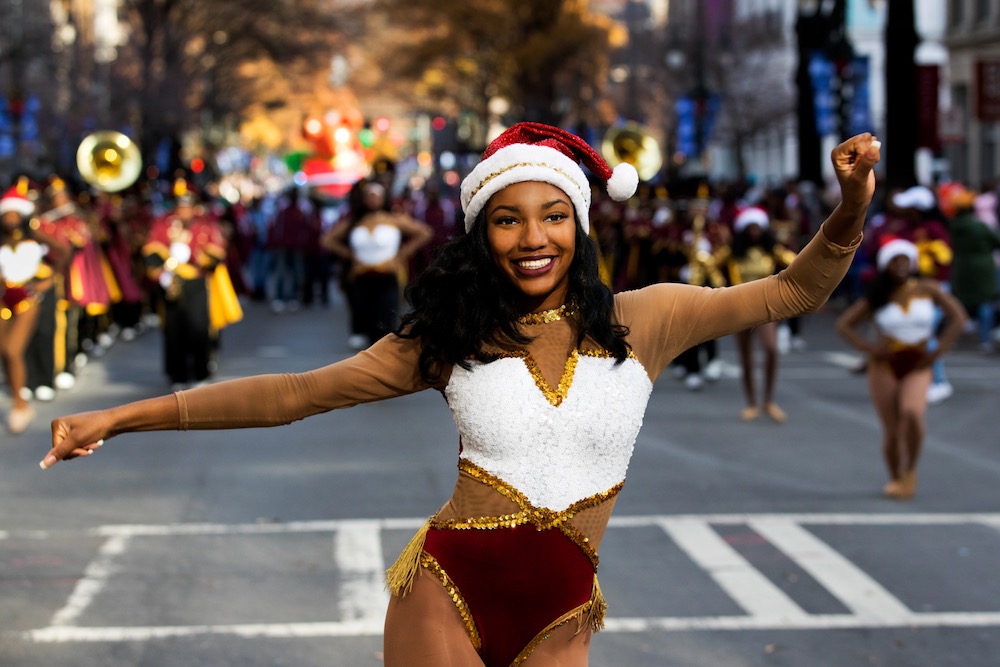 
Charlotte’s Thanksgiving parade is celebrating its 76th year this season.

Since its beginning in 1947, the parade has seen many faces and performances.

Included in the participants are over 1,000 volunteers who will contribute to the success of the parade by doing things like handling balloons, marching alongside floats or dressing up in costumes.

QCity Metro spoke with some of this year’s participants to capture their experiences and find out what they look forward to for the 2022 parade. Here is what they told us.

K. Elena Jones moved to Charlotte in 2010. Jones says she has always been a fan of parades because background in theater and love for marching bands.

In 2011, she attended her first Thanksgiving parade in Charlotte.

This year, she will work as stage managing disband which means, it’s her job to ensure people are directed to the right area to break down their floats.

Jones says she is most hopeful about great weather and is looking forward to seeing the in-person fellowship that lessened during the pandemic.

“I want to see more people aware of the arts — right here in the city,” Jones said.

“And just have a happy time and celebrate, and remember that love and being grateful is the bigger focus in life.”

71-year old Sally Holmes Gray’s first experience with the parade was when she was a child. Originally from Wadesboro, N.C., Gray remembers coming to Charlotte just to see the Thanksgiving parade.

Since then, she said, the parade has gotten even better.

“The food vendors along the road have improved,” Gray said. “The floats are better and the performers are great!”

Since the parade was moved to Thanksgiving Eve instead of its former Thanksgiving Day schedule, Gray appreciates not having to move between the parade and preparing food for the holiday.

Her first experience being part of the parade was in the early 1990s when she joined as a marshal. Now, she’s part of the event’s check in.

When asked what her most memorable experience of the parade has been, Gray noted hearing the sounds of the marching bands.

“I used to be a drum major when I was in high school, so when I hear the bands, it gives me that energy to go ahead and march with them,” she said.

Gray says she is looking forward to the fellowship and the excited expressions on children’s faces.

From an observer to staff

“One year, we rode tricycles down Tryon,” she laughed. “You don’t realize how much leg strength you need until you do that.”

Peek has also been a balloon holder.

Over the years, from Peek’s perspective, the crowds and parade participants have become increasingly diverse, which is what she looks forward to seeing this year.

Robin Morning has been volunteering with the parade for about 10 years and is part of the Parade Committee. This year, her husband agreed to volunteer for the first time.

“For us to do this as a family, I’m excited about it,” Robin told QCity Metro.

Tyrone Morning, Robin’s husband, will be a balloon carrier and dressed as a gingerbread man.

Robin knew that her husband would be supportive when the Parade Committee needed balloon walkers.

Robin’s most memorable parade experience? Meeting Anthony Hamilton. “He was real down to earth,” she said.

“He was able to talk to me just like I’m talking to you, it made me feel so good.”

Can’t make it? No problem. The parade will be streamed live on WBTV, starting at 6 p.m.