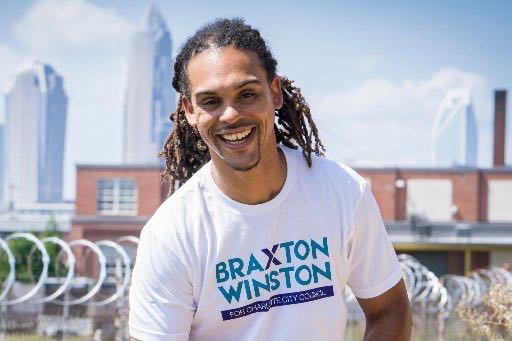 
Charlotte City Council member Braxton Winston is facing criminal summons over a complaint for assault on a female.

The summons, first reported by the Charlotte Observer, was issued Friday, according to the sheriff’s website.

Criminal summons, unlike an arrest warrant, does not call for arrest but orders the subject of the complaint to appear in court to answer questions regarding the charges.

Criminal summonses are typically issued when an incident is reported to but not witnessed by police.

QCity Metro reached out to Winston for a response but he didn’t return our calls.

The 38-year-old Democrat was first elected as an at-large member of City Council in 2017 and is serving his second term.

Winston, a Davidson College graduate, gained a following in the city after participating in protests and marches in Charlotte in response to the fatal police shooting of Keith Lamont Scott in 2016.

Winston had a previous encounter with the Sheriff’s office in 2019 after avoiding attempts to be served divorce papers from his wife after an alleged affair.

At Monday evening’s city council meeting, Winston was very vocal on the increase of rape (up 19%) in 2021.

“It’s an area that we really need to pay attention to because 20% is concerning,” he said.

This story is developing.