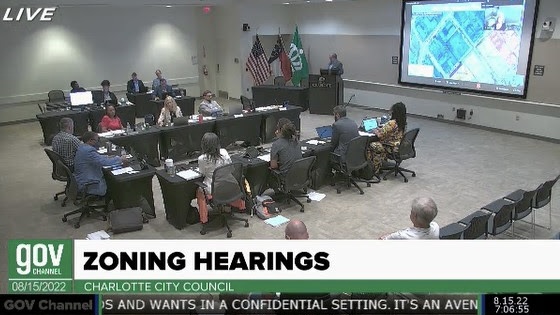 🍻Social districts: Residents were invited to share their opinions about the possible creation of “social districts” in Charlotte — outdoor zones where alcohol could be consumed. Some expressed concern about the accumulation of litter from single-use plastic food and drink containers. Others said they worried about public intoxication. Local business owners said the social districts would bring revenue and pedestrian traffic to the designated areas.

🐔🧜‍♀️Drive-throughs: Despite opposition from Sustain Charlotte and some Grier Heights community members, council approved (7-3) a petition to allow Chick-fil-A and Starbucks to build drive-throughs for restaurants in Wendover Plaza. Some expressed concern that the Food Lion supermarket there might leave if the petition failed.

🏡McCrorey Heights: Council voted unanimously to approve a petition to make McCrorey Heights a historic district. That means new construction in the historically Black community will be more tightly regulated.