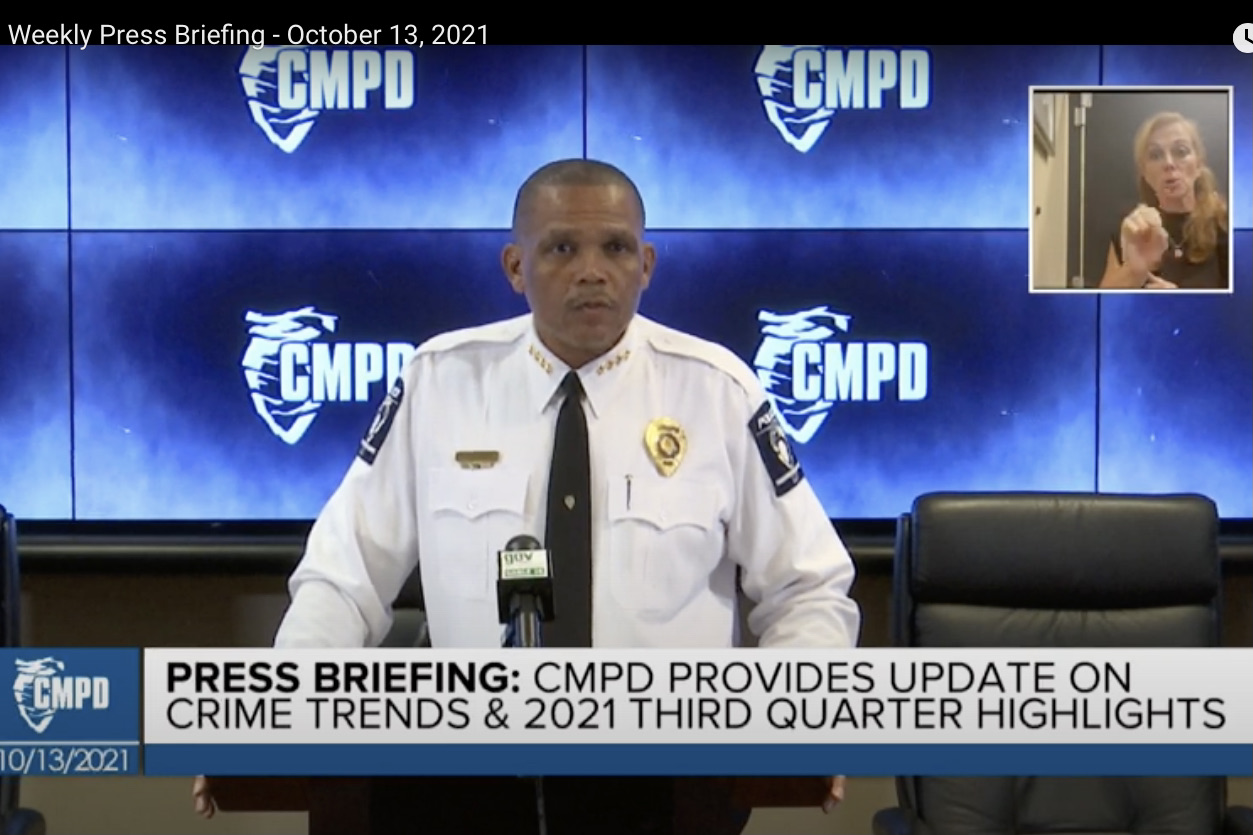 On Wednesday, Chief Johnny Jennings announced that CMPD was joining the 30×30 Initiative, a pledge that pushes for more female representation in law enforcement.

Joining more than 100 agencies across the country, CMPD’s goal with this new initiative is to have women make up 30% of its recruiting classes by 2030. CMPD and the Fayetteville Police Department as the only department in North Carolina to join the pledge.

The initiative is focused on assisting departments in hiring more women law enforcement professionals by identifying and removing barriers to entry for female candidates. Participating agencies will report their progress to the program to learn from one other and develop new ways help women advance in policing.

While females account for slightly more than half the U.S. population, they make up only 12% of sworn officers in law enforcement, according to the 30×30 Initiative. Within CMPD, the number is 15%.

Jennings said that through the initiative CMPD’s staff will become more “reflective” of the community it serves.

“We are committed, and we will be intentional about the recruitment and the retention of our female employees,” he said.

Jennings said that while he wouldn’t fully credit the lower crime rate to Covid, the pandemic may have had some effect on the numbers.

“As things start to open up, as kids are back in school, as people are going back to work, I think that creates less opportunities for some of these criminal activities that we’ve seen,” he said.

The department reported that 700 firearms were reported stolen so far this year, including from cars.

“If you have to have your gun in the car, there are devices that can lock your gun inside of your vehicles where they’re not easily assessable to someone breaking in,” Jennings said.