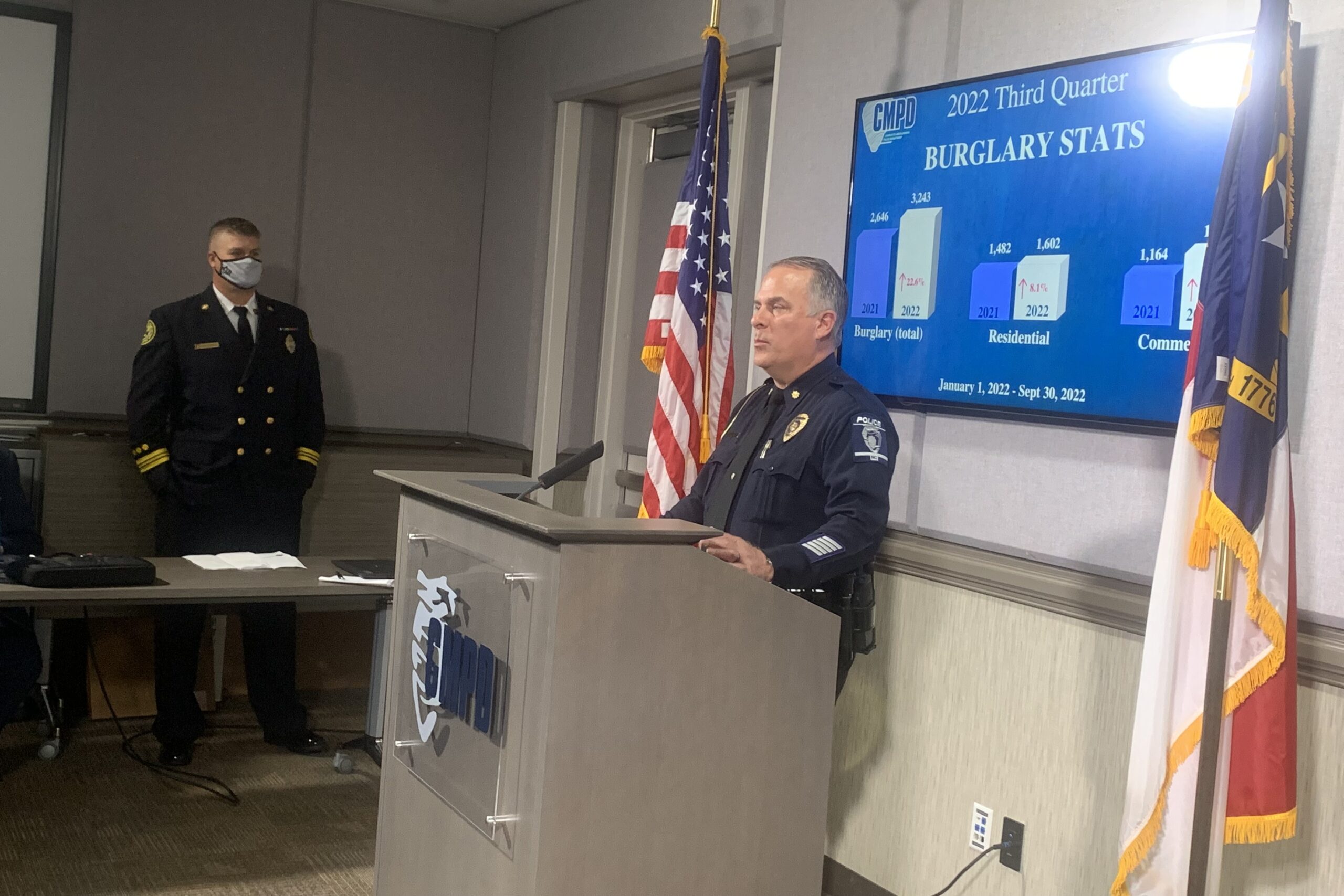 
Commercial burglaries have gone up nearly 50% from last year, according to a third-quarter report by the Charlotte-Mecklenburg Police Department.

In the first nine months of 2022, there have been 1,641 reported commercial burglary incidents compared to 1,164 in 2021. Overall burglary has increased 22% with residential incidents rising 8% this year.

People are stealing box trucks to load up appliances, like stoves and washing machines, from commercial spaces, the department said.

CMPD cautioned people about purchasing appliances from websites like EBay and Facebook Marketplace that are being sold at cheaper-than-usual prices.

“Be warned. You are probably dealing with something that is stolen,” Maj. Brian Foley told reporters in a news conference Wednesday.

At least a dozen residential burglaries have occurred in the University City area, CMPD said.

Many of these incidents are committed at night and are a part of a string of burglaries across the Charlotte region.

“Just keeping your eyes open is really the key,” Foley said. “If you see something that looks unusual…you need to call us.”

Auto theft, which has a 17% spike, is also a growing concern, primarily due to a recent social media trend, CMPD said.

CMPD continues to see significant numbers of stolen guns. There have been nearly 2,500 firearms seized in 2022, up 10% from last year. More than 800 of these guns were stolen from vehicles, the department said.

One improvement has been in violent crime. It’s shown to have recently decreased 5% compared to a 3% increase in the department’s mid-year report in July.

The department has credited its Alternative to Violence program for showing progress in addressing many of these crimes.

“One of the key components of our work is the work that our community does to help with addressing violence whenever they see it,” Maj. Brad Koch said.

Crime categories that increased this year include:

Crime categories that saw declines include: