COVID-19 medications widely available in N.C., but how are they being used? 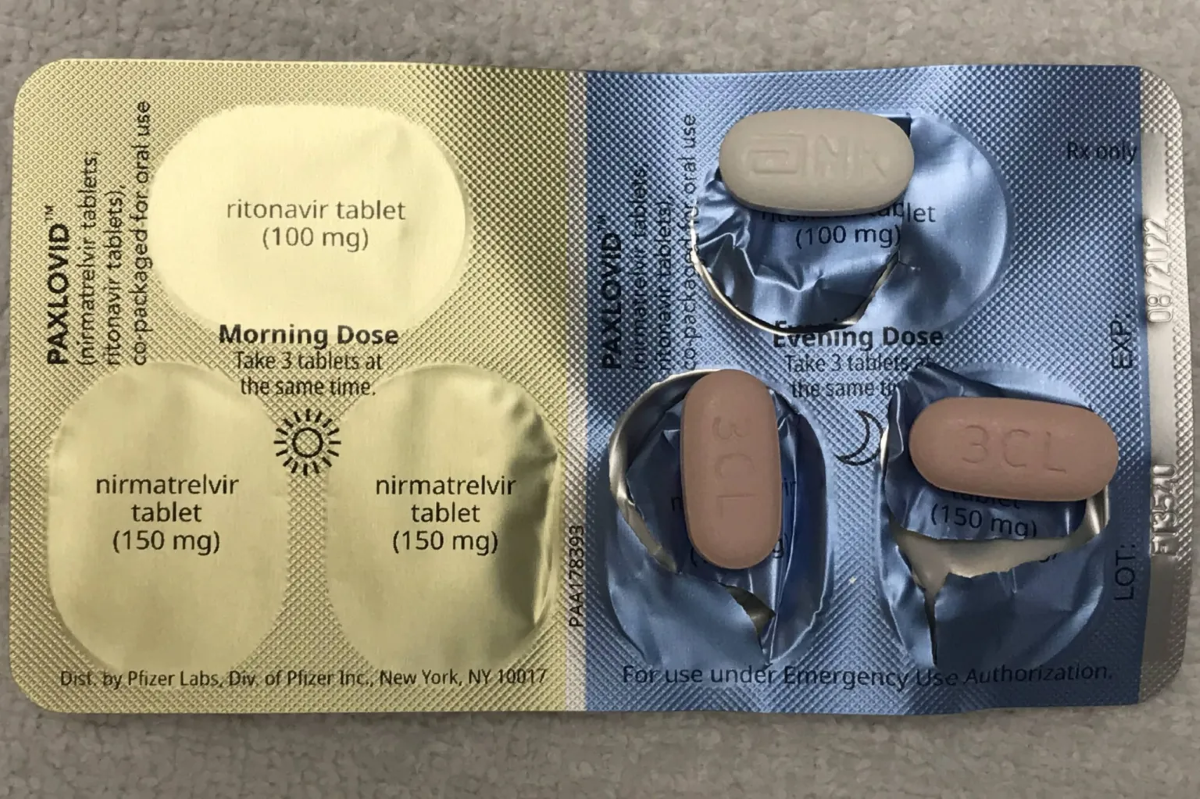 COVID-19 medications widely available in N.C., but how are they being used?


More than two years since the beginning of the COVID-19 pandemic, North Carolinians are adapting to a new way of life with the virus, as well as ways of treating infections.

Since vaccines became widely available in late 2020, many people’s priorities shifted from isolation to reinvigorating social, emotional and community connections. However, the vaccines do not provide complete protection, though they help prevent severe cases, hospitalizations and deaths.

With full vaccination rates in North Carolina at 62.4%, just below the national average of 66.3%, according to the Mayo Clinic, people are still feeling the effects of the virus.

Treatments have been developed to help fight COVID-19 cases once people test positive, although awareness of these treatments is much lower than for the vaccine.

Dr. Brent McQuaid, a pulmonary and critical care physician and the lead COVID-19 physician for Cone Health in Greensboro, said many people have heard about these treatments and may be aware of their existence, but they often don’t know the nuances of them.

Because most people formed their perspectives of COVID-19 early in the pandemic, when no treatments existed, they are often surprised by what is available and what they are eligible to receive when they test positive, McQuaid said.

This lack of knowledge about COVID-19 treatments can be a slight barrier in getting patients to seek treatment, but Cone Health and local providers are working to promote education, he said.

Vaccine usage information is readily available on all health department websites for North Carolina counties, but information about these medication treatments requires a bit more digging to find.

According to the N.C. Department of Health and Human Services provider guide, available treatments for patients who test positive and who are at high risk for progression to severe COVID-19 include Paxlovid and Molnupiravir, which are both five-day oral antiviral pills, and Bebtelovimab and Veklury (remdesivir), which are single IV infusions.

Another treatment offered is Evusheld, which is a preventive treatment that provides extra protection against COVID-19 for those who are immunocompromised or otherwise unable to be vaccinated.

These treatments are all available by prescription from physicians. Patients should be monitored after treatment. McQuaid commented that Cone is primarily using the oral antivirals lately now that they are more readily available and because they are easier for both patients and providers to use.

The federal government has supplied state governments with these treatments to aid in curbing COVID-19 cases, hospitalizations and deaths. The feds also created the Test-to-Treat initiative in March, with the goal of providing additional locations where patients could access tests, providers and treatments all in one place.

The NCDHHS has a page on its COVID-19 website dedicated to Test-to-Treat, with a locator for sites that offer these services.

However, though these treatments are available to patients throughout the state, their usage is hard to confirm. Nationwide, COVID-19 medications sometimes end up sitting on shelves, according to news media reports.

In North Carolina, some outlets have described low usage and prescription of COVID-19 treatments.

Gov. Roy Cooper’s office released a statement in early May about these treatments: “In addition to preventive vaccines which significantly reduce serious illness and death, there are now highly effective and safe treatments available if you get COVID-19 that may only involve taking pills,” Cooper said in the statement.

“If you test positive, don’t delay because starting treatment early is important.”

“​​Most North Carolinians are eligible for treatment, so we encourage health care providers and patients to have a conversation about treatment options if there has been a recent diagnosis of COVID-19,” said Dr. Susan Kansagra, deputy state health officer and senior deputy public health director at DHHS.

About two-thirds of North Carolina’s adult population are considered high risk, according to the governor’s office.

Whether this trend of unused medications will hold true for North Carolina remains difficult to see, as clearly organized and detailed metrics that were available for vaccine distribution don’t exist for treatments.

Regularly published allocations show how much medication the state is receiving and how the drugs are being distributed to providers and health care centers across different regions. But these do not show how much of the medication is being prescribed or used once distributed.

“The supply of therapeutics is currently meeting demand in North Carolina,” a DHHS spokesperson said.

“NCDHHS is constantly monitoring the situation, as demand does fluctuate with case counts and other factors such as impacts from new variants.”

McQuaid said Cone has had plenty of access to the treatments in recent months — after the omicron surge of early 2022 — and the hospital is able to prescribe them to all patients who need them.

He also pushed against the idea that treatments on shelves are a problem and noted that this stockpiling likely only appears to be an issue as people compare it to how low the stock was during the winter surge.

“If we were to see something like that (omicron surge) again, it’s nice to know that we’ve got a stockpile that’s ready to go,” he said in reference to the availability of the drugs.

According to DHHS, in late March and early April, allocations were reduced and some requests were denied, not because of supply issues, but because requesting providers had more than the three-week minimum self-reported inventory.

The DHHS spokesperson said the oral antiviral treatments are allocated to states weekly, and the amounts are determined with either population data or case rates and hospitalizations, depending on the specific drug.

Currently, all requests for these medications are filled “regardless of region, as long as the quantity requested by the provider is reasonable based on their utilization history,” DHHS said.

Over the last five allocation periods — between April 18 and May 25 — total allocations for all state counties were:

No Veklury (remdesivir) allocations were shown in the portal.

According to the DHHS COVID-19 Cases & Deaths Dashboard, over a similar period of April 18 to May 21, North Carolina, with a total population of about 10.5 million people, reported about 2.7 million positive cases and 24,537 deaths.

McQuaid said Cone Health was very careful to track the treatments’ usage and efficacy when they first received them.

“We put hours and days of work into these protocols to one, quickly identify the sickest patients, in other words, those who are the most at risk … and two, to get it to them as fast as possible,” he said.

This helps the community by protecting those who are at high risk for complications, he said, as well as helping the health systems by keeping as many people out of the hospital as possible.

These treatments have been a vital part of keeping people healthy amid COVID-19, but they are also quite new and involve many nuances that McQuaid said providers need to consider.

“This is not as straightforward as prescribing, say, amoxicillin,” he said. “These drugs are under emergency use authorization, so there’s a lot of scrutiny around making sure we are prescribing them responsibly.”

McQuaid and a group of colleagues within Cone Health formed a committee on this exact issue nearly a year ago, whereby they have compiled research and created education initiatives for local providers about these medications.

Bringing expertise from pharmacists and physicians of various backgrounds, the group has created a comprehensive guidance document for providers to reference, and it is updated regularly as they learn more. The group also conducts webinars and educational sessions with providers.

McQuaid has been an integral part of this initiative, and he is seeing positive outcomes. He recalled an exciting moment just a couple of weeks ago when one of the providers he advises was one of the first local physicians to prescribe monoclonal antibodies on her own.

“Whenever you try to teach a large group of physicians a new strategy, there’s always going to be challenges, but I think it’s gone pretty well so far.”

McQuaid and DHHS encourage people to reach out to their providers early on when experiencing symptoms.

“You’ve got to get them early for them to be effective,” he said.

“It’s important to have an open conversation with your doctor and your pharmacist about what medications you take in order to make sure it’s prescribed in the right way.”

People who are young with no serious health issues shouldn’t worry too much and don’t often require medication treatment, McQuaid said, though he recommends speaking with a doctor and monitoring any symptoms.

Instead, he said, these treatments should be reserved for folks who are at risk for progression to a more severe syndrome, which includes seniors and anyone with comorbidities such as obesity, high blood pressure and diabetes.