Creative popsicles to cool you down this summer. 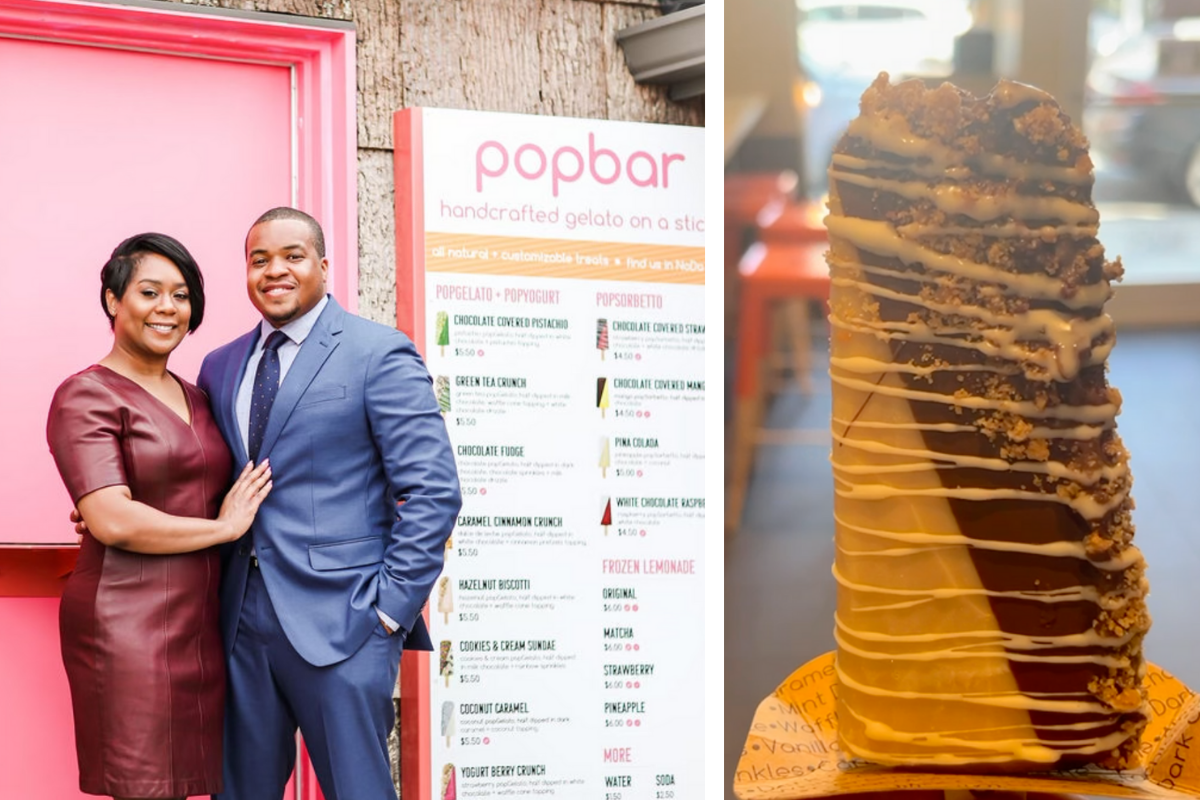 Creative popsicles to cool you down this summer.


Charlotte Regional Visitors Authority helps us explore local Black-owned restaurants across Charlotte, allowing us to tell the stories behind these businesses. Find guides for where to eat, no matter what you’re craving, at CharlottesGotALot.com

Birmingham, Ala., natives Kia and Clarence Lyons had been dating for a while when Clarence moved to Charlotte for work. They dated long distance until Kia joined him in the Queen City just a month before their wedding. Knowing they wanted to start a business together, Kia began researching possible franchises and found Popbar, in New York City. After trying the frozen gelato on a stick, she quickly created a business plan and got to work.

In December of 2016, the couple opened a Popbar in the heart of NoDa. Four years later they opened a Camp North End location, and during the pandemic they received an innovation grant from the city to help launch their food truck.

Customers can make their own popsicle as they like from either a gelato, sorbet (which is vegan) or yogurt filling, then add dippings and toppings like caramel corn. Popbar also creates its own flavors, like Mud Pie — chocolate gelato with a hint of cream chocolate cookies inside, half dipped in dark chocolate with more cookies.

They also have gelato shakes, hot chocolate on a stick and popsicle sandwiches. However the classics are Popbar’s best sellers: cookies & cream, chocolate, vanilla and strawberry popsicles.

“My favorite changes every day,” Kia said, “so today I’d eat the toasted marshmallow with chocolate and cinnamon pretzels.”

April is the start of Popbar’s busy season. In the winter months, their stores get less traffic, but the food truck stays booked for local events. In early April, Popbar participated in Charlotte SHOUT!, and they regularly cater to corporate events.

“Every day is different, but I’m always busy,” Kia said. After dropping her daughter off at school, her day can include everything from buying store supplies, responding to emails about events and meeting with her team.

“I want to get to the point where I can sell it,” Kia said of the business. “I want to create this dynamic package that works for itself and then sell it and do something else.”

As a mother and a wife, Kia loves how family-oriented Charlotte is. “There’s parks, I love the diversity, and there’s really always something to do here,” she said.

Some of her favorite restaurants include What The Fries and Pauline’s Tea & Apothecary.