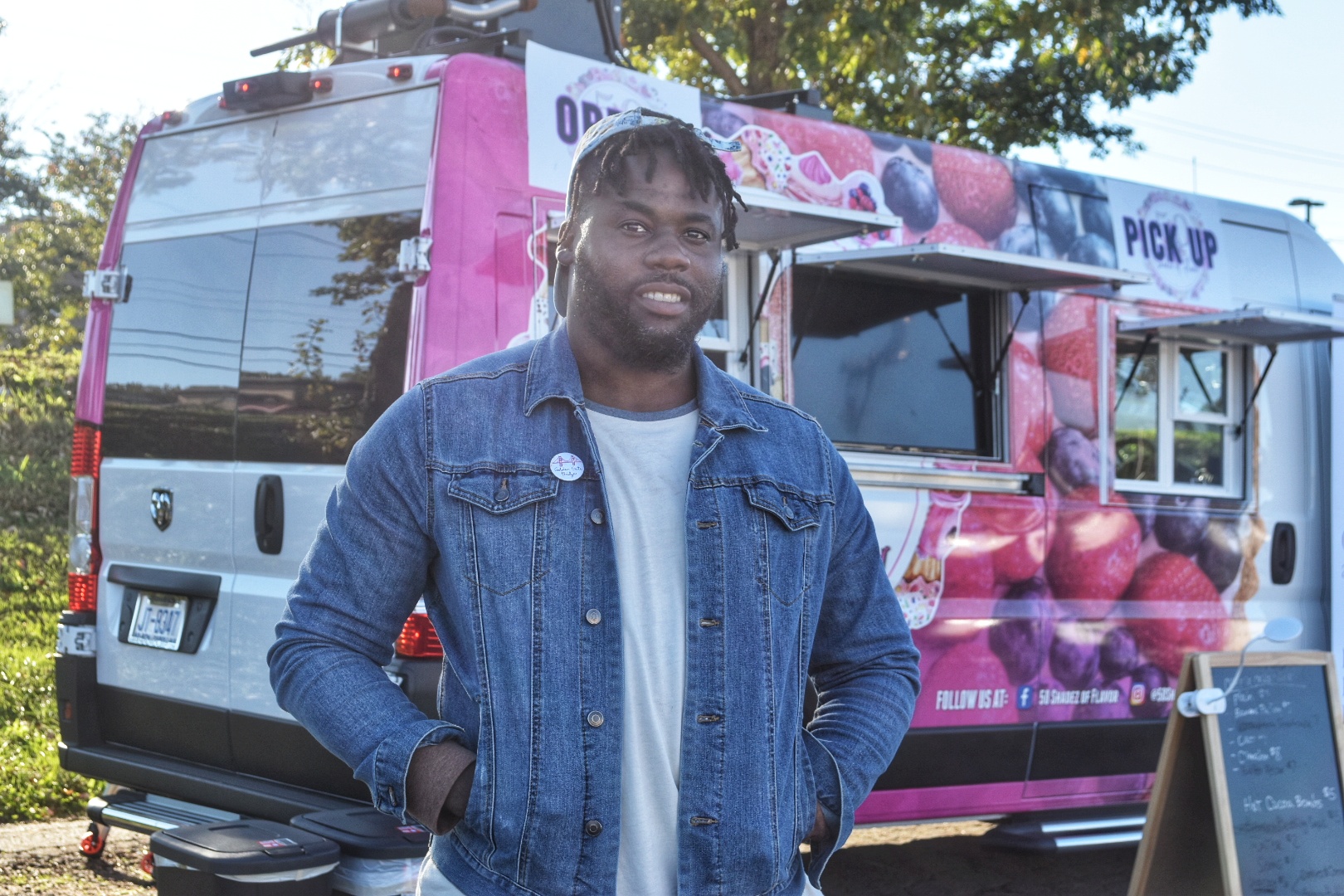 
Cathay Dawkins created Charlotte Black Restaurant Week in 2017 as a way to encourage the community to support local Black-owned restaurants. Despite the challenges caused by the Covid-19 pandemic, Dawkins is celebrating the event’s fifth-year anniversary as he reflects on his motivation to keep the annual festival going: his grandmother, Helen Westfield.

Westfield was known for her love of cooking. She would often feed those who were hungry and less fortunate in the community. After passing away from pancreatic cancer in 2016, Dawkins wanted to honor her legacy.

”She loved being Black. She loved supporting Black people,” the 35-year-old Spartanburg, S.C., native told QCity Metro. “When she passed away, I wanted to keep that spirit alive, and so the restaurant week was my way of keeping her spirit alive.”

Group membership began to steadily increase and became an official organization in 2014. Today BBOC Marketplace has more than 23,700 members.

Dawkins’ mentor noticed the group’s growth and encouraged him to host community events that highlighted local Black businesses and restaurants.

Dawkins hosted the first Black restaurant event in October 2017, with 25 participating restaurants. According to the event’s website, restaurants that participated in that first-year event served about 40,000 people and took in more than $725,000 in revenue.

Cuzzo’s Cuisine, one of this year’s participants, has been a part of the Charlotte Restaurant Week since its inception. Restaurant owner Andarrio Johnson said his business has seen a 20% increase in sales each year he has participated.

“It helped us get more exposure and build up a little more revenue for those weeks,” he said.

In 2020, the event faced challenges due to Covid-related restrictions. Many of the restaurants that had participated in previous years were either closed or operating at limited capacity. Despite those challenges, 17 restaurants participated.

Dawkins said he invited 25 Black-owned restaurants to participated this year, but only nine accepted. Those that declined cited staffing issues, food shortages, and/or financial concerns, he says.

Rod Brown, owner of Mr. 3’s Crabpot Seafood restaurant and Mr. 3’s Crabpot Bar and Grill, said he returned this year despite having to pay higher prices of crab meat. To make it work economically, he said, his restaurants will leave off some of his crab dishes this year and discount his steak and shrimp menu items — two meats, he said, that are more readily accessible.

“We had to pretty much come up with some of the items on our menu that we can put on there for people to try out,” he said.

Like Mr. 3’s, STATS Charlotte, a Black-owned sports bar, has participated in Charlotte Black Restaurant Week before and is also dealing with nationwide food shortages. Natasha Riddick, the restaurant’s owner, said that although she got an invitation to join this year’s event, she was waiting to decide, concerned that participating might not be “cost-effective.”

“We’re not really making a humongous profit on food like we used to, because we’ve decided not to increase our prices, so to discount would be out of the question,” she said.

Dawkins said that it is important to support Black restaurant during this difficult time. (He chose the month of October to host the event so that struggling restaurants could get a boost before the start of the holiday season.)

“Charlotte Black Restaurant Week is really about being gatekeepers for restaurants and making sure that they stay open, because they are the ones that pass our culture through food,” he said

The annual event also occurs on the week of Dawkins’ grandmother’s birthday — October 21.

In keeping with his grandmother’s legacy, Dawkins created “2 Fish, 5 Loaves,” a signature event, held on her birthday, where participating restaurants donate food that volunteers then serve to homeless residents in uptown Charlotte. The name is derived from a story told in the gospel of John in the Christian Bible, where Jesus is said to have fed 5,000 followers with only two fish and five loaves of bread.

Dawkins said his goal with Charlotte Black Restaurant Week is to make the community more aware of local Black restaurants and the importance of preserving their long-term survival.

“We don’t want to see any Black-owned restaurants shut their doors because of a lack of support,” he said.

Dawkins said that more restaurants may join this year’s event before it concludes on Oct. 31. Customers can follow potential updates on the Black Business Owners of Charlotte website and the event’s Instagram page.