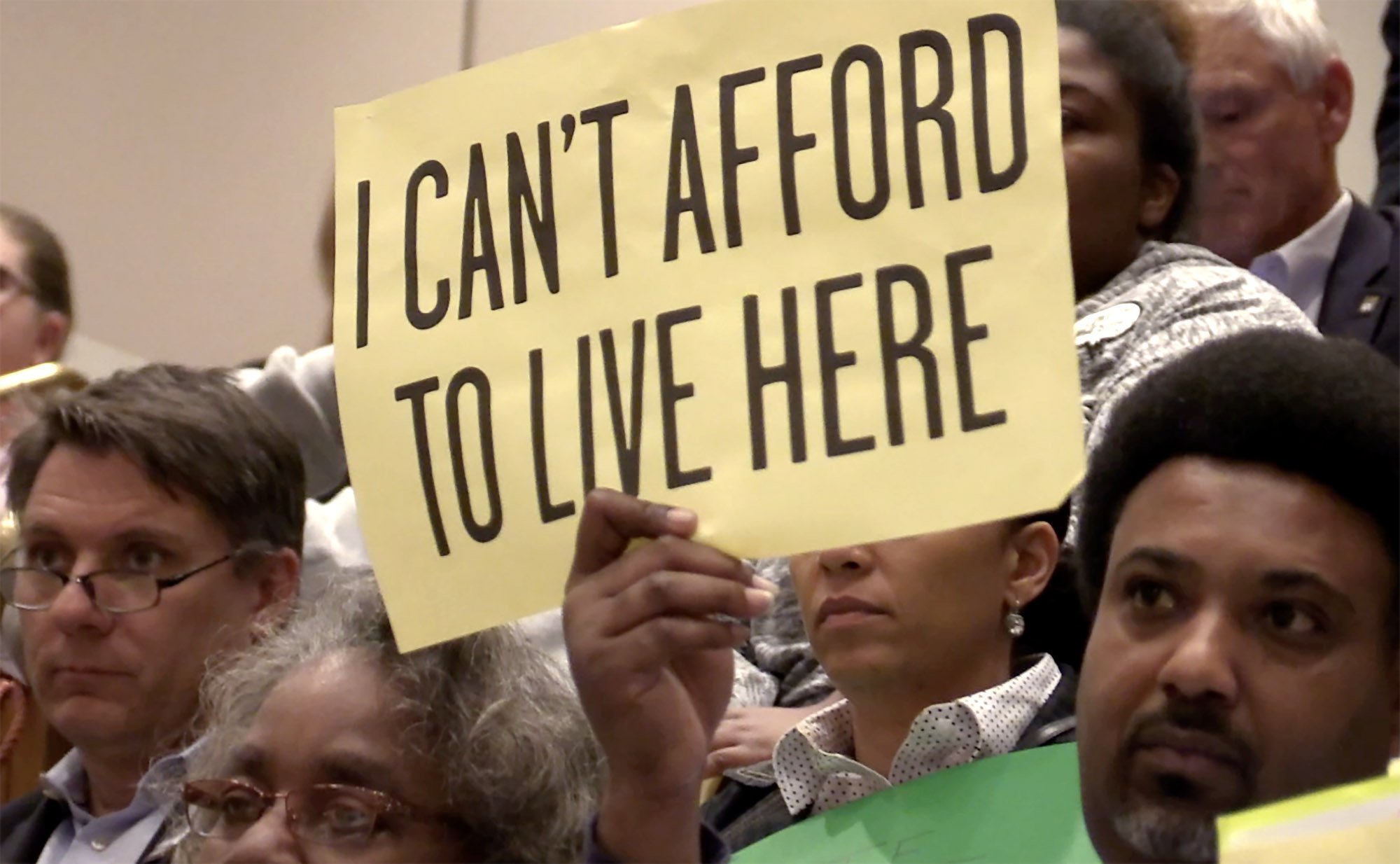 
After 20 years and more than $218 million spent, the city of Charlotte is no closer to solving its housing crisis than it was two decades ago.

That was the consensus among members at last night’s City Council meeting, where staff presented a report outlining the first 20 years of the Housing Trust Fund.

The council created the fund in 2001 to close Charlotte’s gap in affordable housing.

Since then, public subsidies have helped developers build or rehab 10,869 affordable units, according to the report. The fund also has helped to finance 888 shelter beds. (Download the report.)

Despite those gains, the city is estimated to need an additional 25,000 to 35,000 affordable units to meet current demand – a number that has remained largely unchanged in recent years.

“There is a crisis, and it’s getting worse. People cannot afford to live here,” council member Renee Johnson said during the hour-long discussion.

The council members who spoke generally agreed that something more is needed, and Mayor Vi Lyles proposed that a “housing summit” be called to explore what else can be done.

“We can continue to do what we are doing and not get the best results,” Lyles said, “and at the same time we’re going to have to continue doing what we’re doing, because people are hurting, and they are not being able to live in our city right now.”

The trust fund is born

When Charlotte leaders first began to grapple in earnest with the city’s housing crisis, City Council established the Housing Trust Fund as a way to incentivize developers to build more affordable units.

Developers submit proposals to the city and, if approved, receive “gap financing” to make construction projects more affordable. The fund is replenished every two years when the city issues general obligation bonds that are approved by voters.

Since 2018, when the city dramatically increased the amount of money allocated to the housing fund, developers have built or preserved about 5,570 affordable units, according to the city’s report. But at the same time, thousands of homes and apartments that were once deemed affordable have been lost to gentrification and market speculators who buy up houses in many of Charlotte’s affordable neighborhoods, often turning them into rental properties at higher rates.

Council member Tariq Bokhari, speaking at the Monday meeting, said it’s time for the council to reevaluate its strategy.

“I think it’s a situation where we need to recognize that what we’re setting out to do, we’re not succeeding right now,” he said. “In fact, we’re failing.

“You could quadruple the record-breaking amounts we’ve been spending in the last four years every single year, and we’re still only treading water,” he added.

Bokhari said the city’s real objective should be “sustainable living and upward mobility,” which he said requires a broader approach than simply building more affordable units. He said Charlotte must invest more in job training, transportation and wraparound services for families in need.

Meanwhile, the council is set to vote next week on seven proposed construction projects that would add more than 600 additional units of affordable housing. The developers of those projects have requested $12.4 million in funding from the city’s Housing Trust Fund.