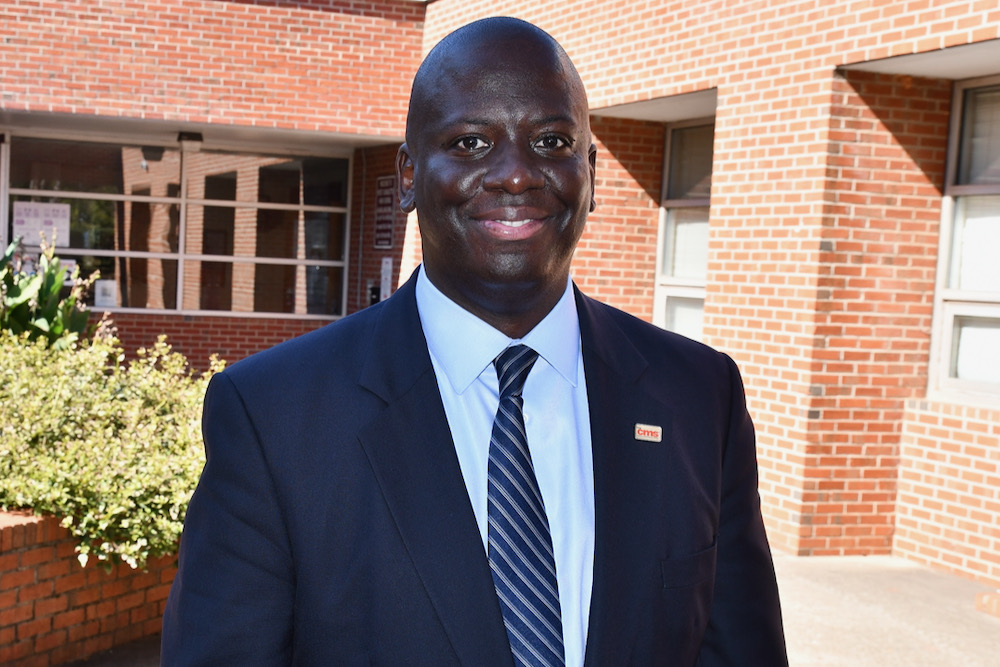 
Charlotte-Mecklenburg Schools (CMS) is once again without a superintendent.

In an emergency meeting on Tuesday, the CMS Board of Education voted 7-2 to fire Earnest Winston due to unsatisfactory performance.

He was CMS’ fifth superintendent within 10 years and took on the role in 2019.

Fewer than 50 community members gathered in the Chamber Room of the Charlotte-Mecklenburg Government Center to await the decision of the board.

“We believe that a different leader is needed to shore up this district and place our students on track,” Dashew said.

Ruby M.Jones and Thelma Byers-Bailey were the two board members to oppose Winston’s termination.

“I have been a supporter of Winston from the beginning, Earnest gave us his best,” Byers-Bailey said. “I don’t believe this decision serves in his best interest.”

Winston, 47, was not in attendance during the meeting.

Winston’s time as superintendent saw many obstacles such as the pandemic, a decrease in test scores and an increase in guns inside schools.

Most recently CMS pushed back the distribution of clear backpacks after finding tags that warned of possible cancer risks.

Wesley McLeod, an 8th-grade teacher at Ridge Road Middle School, called the news “unfortunate” and said Winston didn’t have time to prove his worth, especially during a pandemic.

“The problems at the micro and macro level of education supersede Mr. Winston. He inherited countless issues and served as the source of blame when the issues were not rectified,” McLeod said. “He is not the sole person to blame for the issues, he is just the easiest person to blame.”

Brooke Weiss, Mecklenberg County chapter president of Moms for Liberty, a 501(c)(4) nonprofit organization that advocates for parental rights at all levels of government, said that her chapter has been pushing for leadership change since last spring.

“We’re just looking forward to a new leader who will hopefully be focused on student outcomes,” she said.

Weiss, who is also a mother of two Ardrey Kell High School students, doesn’t think Winston is the only one to blame for the school system’s struggles.

“The board is also responsible and has failed our children,” she said. “Now, we are going to focus our attention to the November elections.”

The board named Hugh Hattabaugh as the interim superintendent, set to begin on April 25. Current Chief Compliance Officer (COO) Scott McColly will assume the role of acting superintendent for the time being.

Hattabaugh will remain interim as the school board conducts a national search for Winston’s replacement.

He previously served as COO for CMS from October 2008 through June 2011 until he replaced superintendent Peter Gorman as interim until 2012.

He began his time in the district as area superintendent for the North Learning Community in July 2007 before coming from Little Rock, Arkansas, where he was a deputy superintendent.

Most recently, he served as the chief academic officer of Lake County, Florida schools, before retiring in 2013.

“[Hugh] brings extensive experience in leadership and education and firsthand knowledge of CMS to this position,” Dashew said. “We are very fortunate to have Hugh in this interim role and we are confident he will drive significant progress.”

This is a developing story.