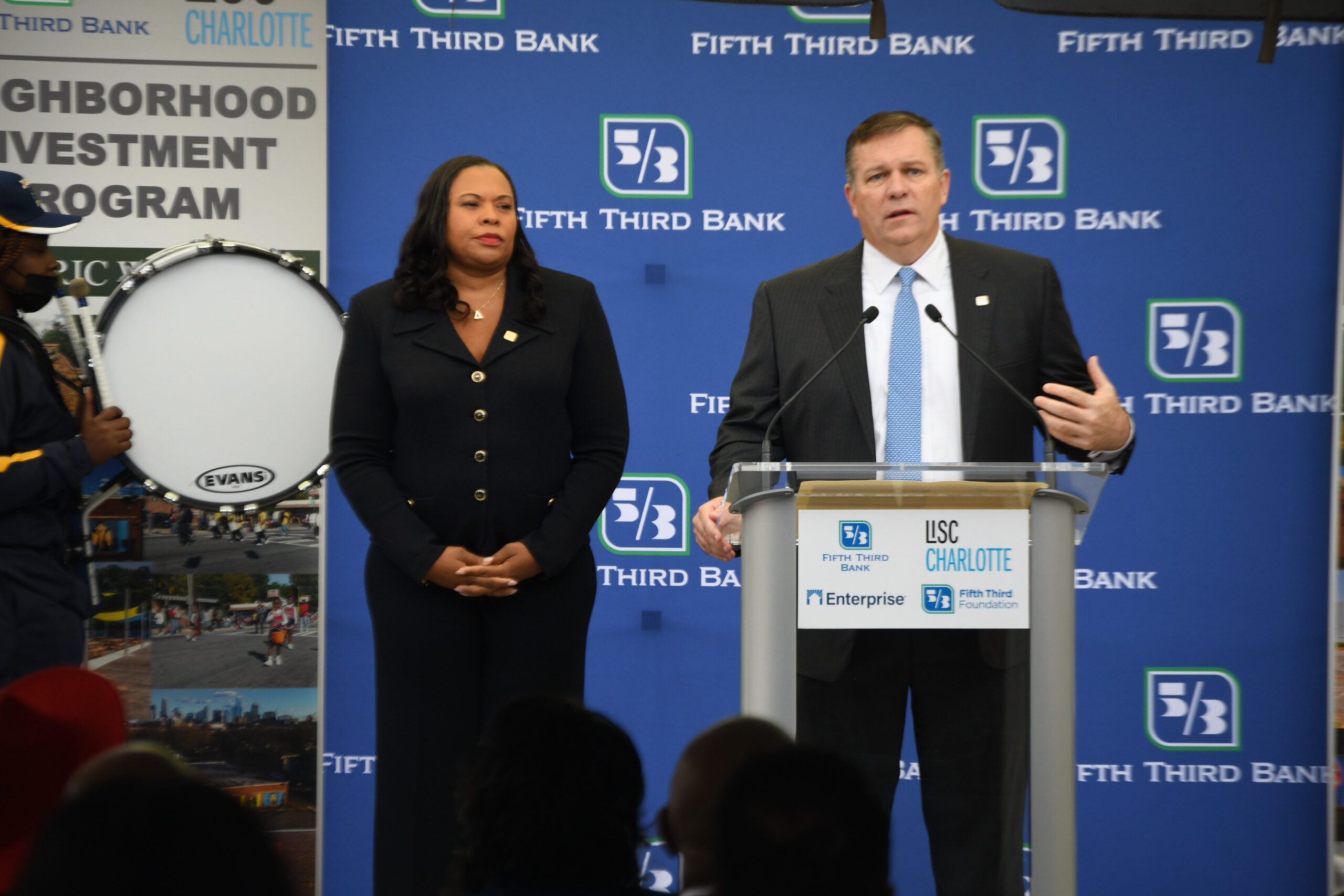 
Fifth-Third Bank will commit up to $20 million in various forms of financial assistance to aid the economic development of Historic West End, the company announced Thursday.

The assistance will come in the form of small business loans, mortgages, investments and philanthropic support, including grants from the Fifth Third Foundation.

The commitment would be one of the largest yet in the historically Black community, which in recent years has seen a wave of public and private investments.

Nationwide, the bank has committed $2.8 billion to assist communities within its 11-state footprint. Charlotte is one of nine cities identified this week to receive Fifth Third assistance.

Bank officials made the announcement under a large tent erected at the West Complex, surrounded by a who’s who of local officials.

In Charlotte, Fifth Third Bank will partner with LISC Charlotte, which will administer the funds to three local organizations serving the city’s west side.

LISC Charlotte is the local arm of a New York-based nonprofit that works in underserved communities to assist with affordable housing and economic development.

“This program is more than simply providing capital; it is about partnering directly with communities to make a lasting impact that benefits everyone,” he said in a statement.

He said the bank is looking to make a “significant impact” in the Historic West End by targeting investments in specific areas and collaborating with the neighborhood and its leaders.

This story is developing.