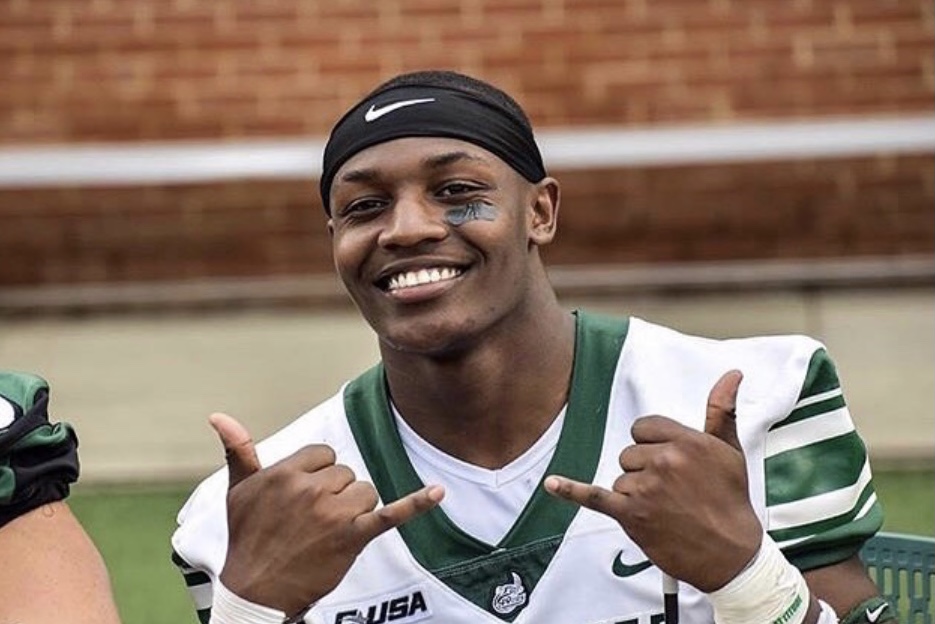 
Christian Haynes was sitting at home bored one day during the pandemic when he decided to post a comedic video on TikTok.

What he never imagined was that the video would go viral…and lead to work pitching products for pay on social media channels.

“Especially during the pandemic, I just wanted to make a positive impact on people and make them laugh,” the 24-year old Jacksonville, N.C., native said in a recent Facetime interview.

In that initial initial video, Haynes is seen taking out a trash bag at night. On his way back inside, he is chased by a mysterious figure wearing a hoodie.

“I know everyone feel this way when you take the garbage out at night,” he wrote in the video’s caption.

Haynes followed up that video by posting others, and with each new post, he saw his online following grow. Soon, TikTok took notice and reached out with an offer to make him a paid content creator.

So far, Haynes said, he has partnered with Bang Energy Drink, Pizza Hut, Orbit gum and several others.

Haynes declined to say how much he is paid as a content creator, revealing only that he earns enough to live comfortably.

While Haynes has a love for making people laugh, his first love was football.

His social media handle, “Thee Black Badger,” is a nickname he adopted as a football player at Southwest Onslow High School in Jacksonville. He later played for Elizabeth City State University and UNC Charlotte.

In his free time, while playing for Charlotte, Haynes would film humorous skits and videos to post them on his YouTube channel. Some featured interviews with teammates, fellow classmates and Charlotte residents.

“I really had fun doing it because it made my teammates laugh,” he said. “I didn’t think nothing big would come out of it.”

Haynes said the YouTube videos were his way of practicing for the future he dream of having one day as television personality.

Graduating in 2019 with a degree in mass communications, he took a special interest in sports broadcasting.

Haynes was working at local gyms when the pandemic hit and he found himself unemployed, so he returned to Jacksonville, where he created the TikTok video that now has more than 4.2 million views.

“I wasn’t expecting it to blow up at all. I was just bored and didn’t have anything else to do,” he recalled.

Other videos soon followed, and in October 2020, he said, TikTok reached out with an offer to be a content creator. Since then, Haynes said, he has partnered with 15 brands.

“I was pretty excited, because I didn’t know you could make as much as I got for a Tik Tok (video),” he said.

Haynes says he negotiates with each brand on pay, length of contract and the number of videos he must post.

His biggest challenge, he said, has been maintaining his “funny and clean” image when coming up with new content that’s acceptable to his clients.

“You can do things that may be funny that could make the company look bad,” he said. “So I have to be careful, but I always make it happen at the end of the day.”

Haynes credits God, hard work and his time playing football at UNC Charlotte for getting him where he is today.

“I was always working on my craft to be the best I could be on the field,” he said. “So that mindset has just followed me to another area in my life.”

Eddie Hicks, who coaches defensive backs at UNC Charlotte, remembered Haynes for his hard work on the football field, which earned the former walk-on a football scholarship his senior year.

“I knew that Christian would be successful in whatever path he chose, but he has always been passionate in this field,” Hicks told QCity Metro. “This is definitely a great career for him, and I’m excited about his future.”

As for this television dreams, Haynes said he has not given up hope.

“…I know I will be doing that really soon,” he said.