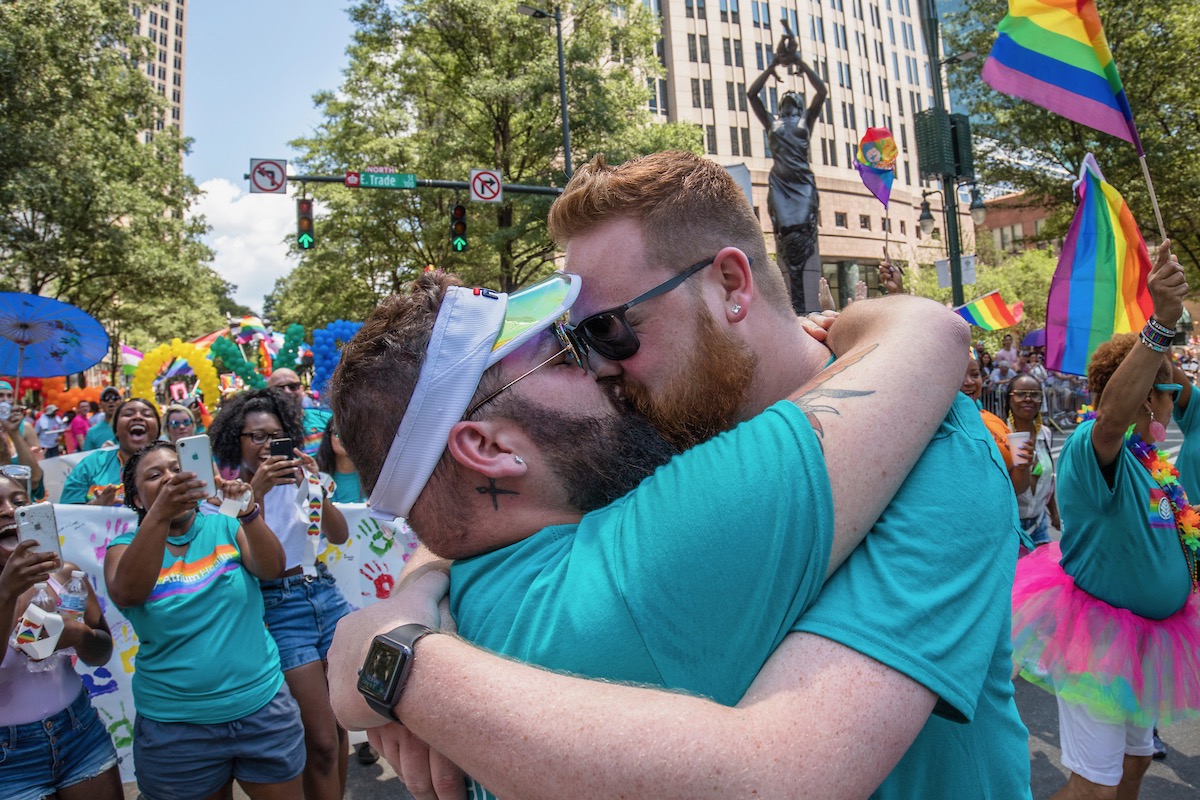 
A version of this story was first published in our morning newsletter. Sign up here.

A photo showing two men kissing at a 2019 Charlotte Pride event was removed from an exhibition at the Gaston County Museum at the direction of the county manager.

A second photo that freelance photographer Grant Baldwin submitted for the exhibition — a photo showing Gaston County deputies arresting a Black protester near a Confederate monument — was rejected outright for the exhibition and never displayed.

The decision, first reported by the Gaston Gazette, drew a quick rebuke from officials at Charlotte Pride.

“Here we go again,” Clark Simon, president of the Charlotte Pride Board of Directors, said in a statement.

In rejecting the images, he said, Gaston County “seeks to silence and erase the existence of LGBTQ and minority people in Gaston County and the wider region.”

According to the Gazette, County Manager Kim Eagle reviewed the exhibit and told museum staff to take down the image that showed the men kissing immediately after one of the men proposed to his partner.

Eagle then instructed the museum staff to work with the photographer to find an alternative image, on that would “be more considerate of differing viewpoints in the community,” the Gazette reported.

According to the Gazette, the museum exhibition was meant to explore the history of photography and highlight photographers from Gaston County and the surrounding area.

Baldwin, the photographer, told QCity Metro he had no comment on the county manager’s decision.