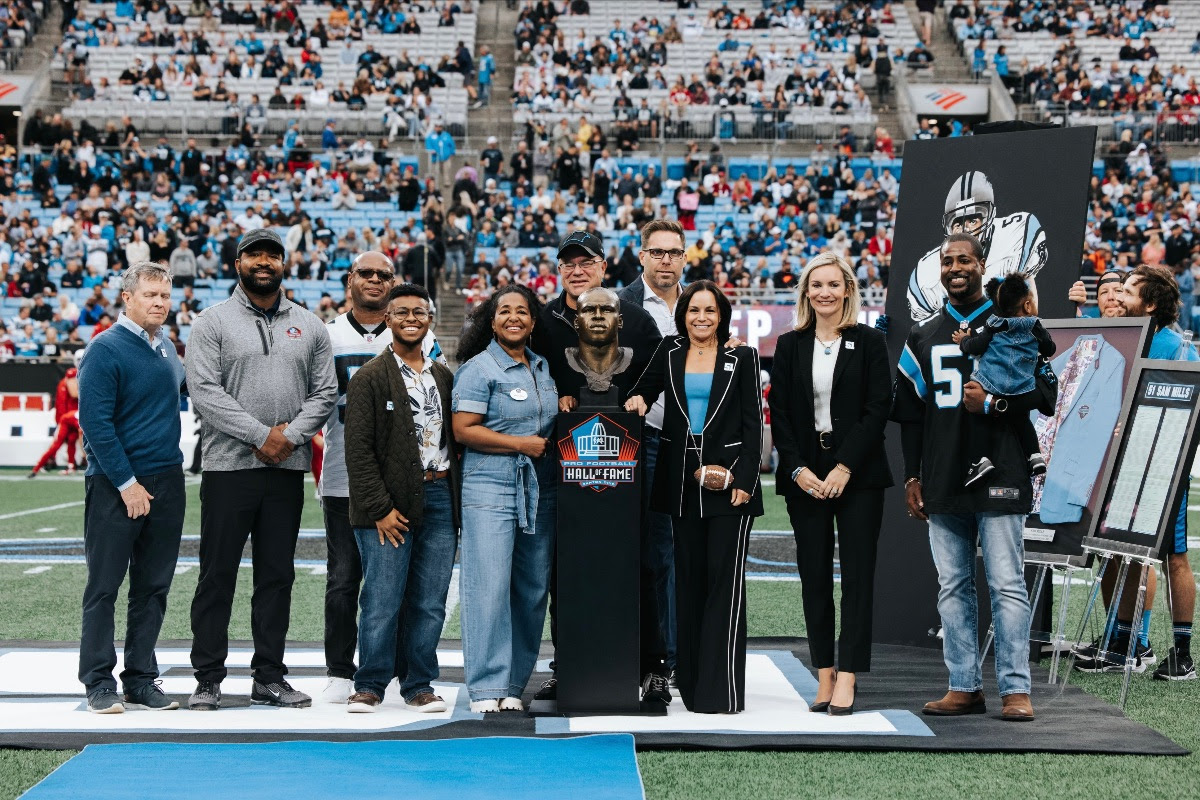 The five-time Pro Bowl linebacker played in the NFL for 12 years and spent his final three with the Panthers. He also spent seven years as an assistant coach with the team.

In 2003, Mills was diagnosed with intestinal cancer but continued to coach. Later that season, he encouraged the team to “keep pounding” before a home playoff game against Dallas Cowboys.

The phrase became the team’s slogan. Mills died from his battle with cancer in 2005. He was 45.

During halftime, Mills’ family was presented with a painting of Mills, his Hall of Honor blazer, his original 1995 Panthers contract and his locker name plate.