How the Charlotte Symphony Orchestra is staying current 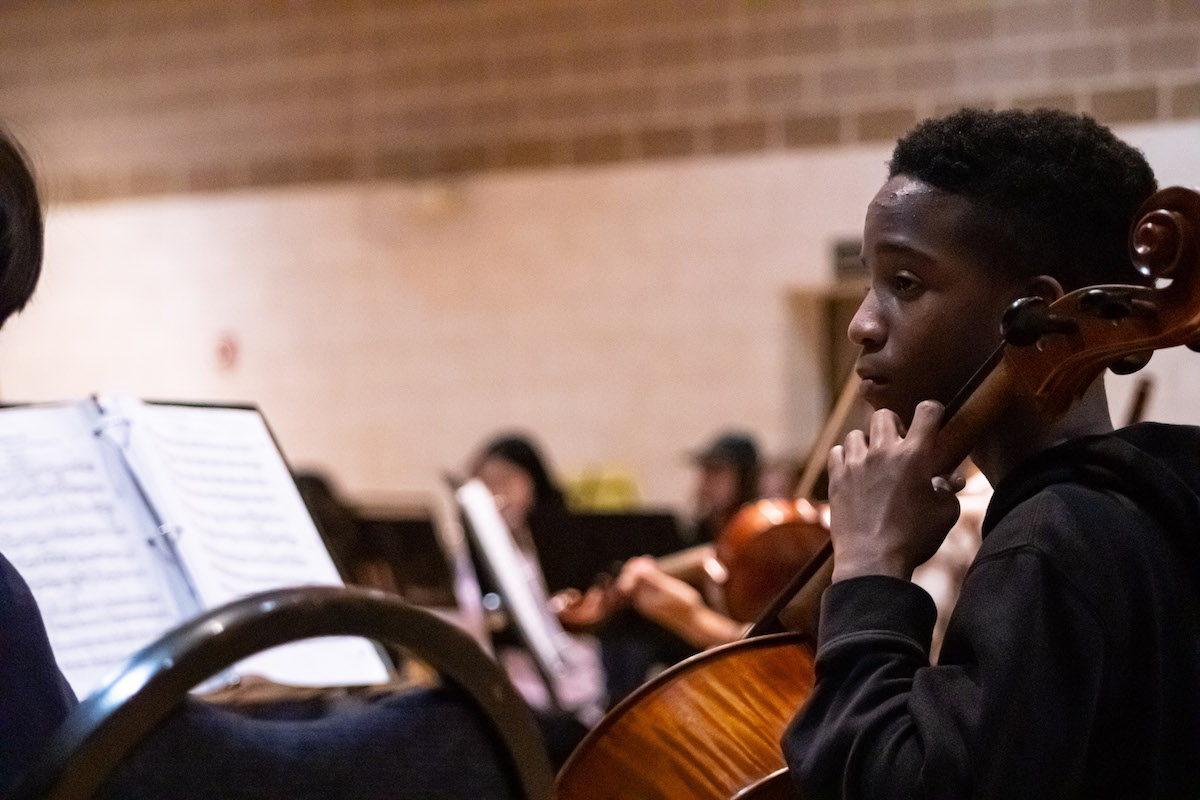 How the Charlotte Symphony Orchestra is staying current

Although federal funding helped the CSO stay afloat, the orchestra needed new ways to increase support and is now diversifying its reach.

One way the CSO is reaching new audiences is by diversifying talent and ensuring that people in the crowd can see people on stage who look like them.

Another way the CSO is expanding its audience is by offering entertainment that is current. For example, the CSO has performed live scores from popular movies such as Get Out and the Polar Express.

Community outreach is another significant part of the efforts in which the CSO is expanding its reach. By meeting people where they are, the orchestra continues to evolve its talent pipeline.

The orchestra has even performed for its members in the neighborhoods where they live.

Once, the CSO performed at an assisted senior living home. Residents were heavily engaged during performance and continued to interact with there performers afterward by asking questions about the music or the musicians themselves.

The youth ensemble, a training program that gives children the opportunity to move up to the philharmonic and the youth orchestra, was established earlier this year and has about 30 children enrolled.

QCity Metro spoke with Aram Kim Bryan, vice president of learning and community engagement, and David Fisk, president and CEO, to discuss how the CSO will maintain community interest and what they are doing to expand their reach.

Responses have been edited for clarity and brevity.

How was the CSO affected during COVID?

Fisk: We were affected dramatically, and although we could keep playing, our musicians were restricted by health and safety regulations. Our adult orchestra played outside and when we played inside, we were separated by six feet. We had some indoor performances, but we were mostly performing online. It was only at the end of the second year of COVID that we began to welcome the audiences back.

How did COVID restrictions lead to the creation of the Youth Ensemble?

Fisk: That was something Aram and I had been talking about waiting for the chance to do it. We had to first figure out who would be an ideal partner for us.

Kim Bryan: I think it was spring of 2021 that David and I began talking about an ensemble. We want to give kids full support who have played an instrument before but have no experience playing in an ensemble. They do not have to audition whereas our philharmonic and youth orchestra are audition based. We provide one-on-one and small group instruction to ensure that the children are getting adequate instruction. [To eliminate financial barriers,] we cover anywhere from 25% to 95% of tuition costs for those who need it.

How do you recruit kids for the ensemble?

Kim Bryan: It was definitely by word of mouth. We had some challenges because we thought we had a plan of how we were going to recruit but then, because of COVID, we kept having to delay the process. We mentioned it to CMS, teachers and community leaders ahead of time to see if this program would be beneficial. When it was time to announce the program, people had been anticipating it. Once it was safe, we started this spring.

What is the relationship between the Youth Ensemble and Project Harmony?

Kim Bryan: Project Harmony is a partnership with Arts+ where we go into four different neighborhoods that have Title 1 schools, and we provide free instruments and classes to anyone who is interested. It gives kids a chance to explore and meet new people. But, [we found that] once they had interest, there was no place for them to go. [Now,] Project Harmony is a pathway for them to get to the Youth Ensemble.

Why is inclusivity so important?

Fisk: We want to make sure that we are being as welcoming and accessible as possible. We are trying to understand what people are looking for and what services we can provide which ends up leading to partnerships. We are open to all types of collaborations because we want to ensure that music is given the chance to be well supported. And I think taking the symphony out into the community is a very important complement to introducing people to our values.

What does it look like to bring the symphony into the community?

Fisk: We develop relationships with churches and we meet people where they are comfortable. One example is our partnership with Our Lady Guadalupe church where we were reaching out to Spanish-speaking families.

Kim Bryan: It’s also the communities that are reaching out to us these days which used to not happen often. Sometimes, we would have people reaching out multiple times. Places like Healing Hands, where we go and perform for seniors, is not just about the performance but interacting with the residents there. At one performance, the residents were clapping, dancing and singing along, and afterwards, wanted to interact and talk with the musicians.

How do you plan to create new seats for people of color, inside and outside of the orchestra?

Fisk: We are very thoughtful when we recruit the board to see if there are opportunities to bring on people of color. Sometimes, we use a search firm or we advertise in places where it’s going to attract diversity. If we get a short list that is not diverse enough, we send it back and say ‘come back with more candidates.’ The process for the orchestra is a bit more complicated because we are at the mercy of the pool of applicants that are out there. This is why a person’s musical journey starts in middle school. The other part of that is to remove an unconscious bias which is to not screen resumes.

What is next for the Charlotte Symphony?

Fisk: We are considering what types of programming people would be interested in, whether it’s in the area of mainstage programming, neighborhood programming or learning programming. We do have some ideas we are not quite ready to bring out yet, but we have some cool stuff planned.