How to celebrate Black History Month in Columbia, S.C. 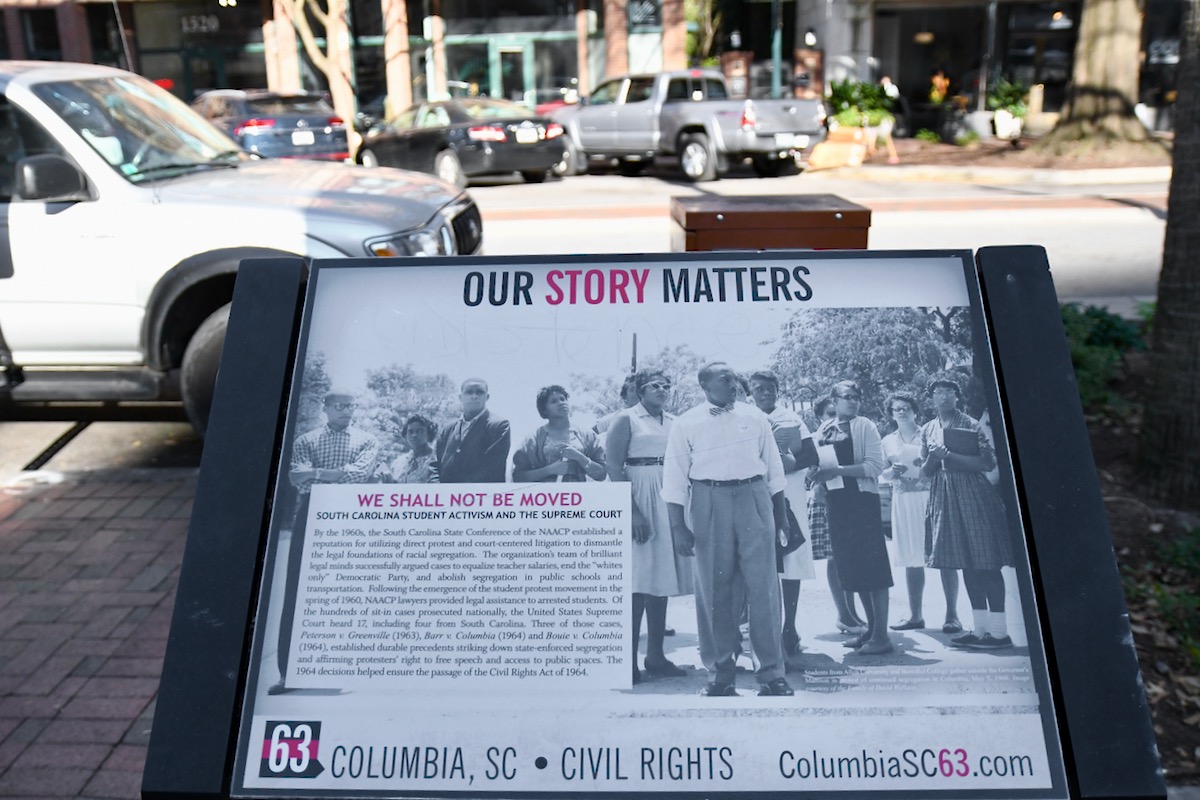 How to celebrate Black History Month in Columbia, S.C.

Just a 90-minute drive from Charlotte, Columbia’s downtown and historic districts house a collection of museums and history trails that paint a vivid picture of a thriving Black culture that helped shape U.S. history.

Here are some stops to include on your Black history tour:

Museum of the Reconstruction Era at the Woodrow Wilson Family Home

South Carolina has the distinction of being the only state in the nation to once have a majority-Black legislature. That’s right; during the Reconstruction era (in 1868), 50 of the state’s 63 legislators were Black men. This museum tells of that and other Black advancements immediately following the Civil War. It also tells of the rise of the Ku Klux Klan and the white backlash that Black advancement ushered in during the repressive era of Jim Crow segregation. While there, immerse yourself in panel exhibits, interactive technologies and guided tours.

Before you go: The museum is open for guided tours Wednesday – Saturday at 10:30 a.m. and on Sunday at 1:30 p.m. Tickets must be purchased in advance from the Gift Shop on the grounds of the Robert Mills House, 1616 Blanding Street.

Trace the journey of Columbia’s Black community from enslavement through urban renewal. The Mann-Simons Site was once a collection of commercial and domestic spaces owned and operated by the same Black family for nearly 300 years — from at least 1843 until 1970. The original owners, Celia Mann (a midwife) and Ben Delane (a boatman) challenged social norms at a time when most of Columbia’s Black residents were enslaved.

Before you go: The home is open for tours Wednesday – Saturday at 1:30 p.m. and on Sunday at 3 p.m. Tickets must be purchased in advance from the Gift Shop on the grounds of the Robert Mills House, 1616 Blanding Street.

Modjeska Simkins has been described as one of the South Carolina’s greatest human rights advocates. She lived in this one-story home from 1932 until her death on April 5, 1992. As a founder and secretary of the South Carolina NAACP, she used her home to host civil right leaders, including Thurgood Marshall. Spread across four rooms inside her former home, a multimedia experience documents Simkins’ upbringing and career as a public health worker and activist through the lens of the Civil Rights Movement.

Before you go: Check HistoricColumbia.org for tour details.

Tucked away beside an elevated highway, Randolph Cemetery is easy to miss, yet it bears witness to an incredible era of Black resilience during the Reconstruction era in Columbia. Every gravestone tells a story. Buried there are some of the Black men and women who fought (and died) in the struggle for racial equality, including some who served in the South Carolina Legislature shortly after the Civil War. The cemetery, officially marking 150 years this year (some graves are said to be older), is named after Benjamin Franklin Randolph, a Black legislator who was assassinated in 1868 by a group of armed white men.

If you go: The cemetery is a short drive from downtown, but it sits in an isolated area at the end of a narrow road. Go with a friend.

The period known as the Reconstruction era (1865-1877) ushered in remarkable gains for the formerly enslaved residents of Columbia. Black churches emerged as centers of social life and political power; Benedict College was founded on the grounds of a former plantation; and 90% of the students at the South Carolina College – today the University of South Carolina – were Black, though classes remained segregated.

The Reconstruction Trail takes you on a journey to 11 historic locations all within a short drive.

Now through May 22, “22 South Carolinians” highlights Black artists who were shaped by their experiences in the state.

Check out the museum’s February programming.

If public art is more your thing, the Columbia region has nearly 200 pieces that transform humdrum spaces into unexpected places. Check out this public art directory. It has an interactive map, making it easy to plan a mural tour, whether by car or on foot.

Above: a mural of Sarah Mae Flemming. In 1954, Flemming refused to give up her seat to a white rider and was physically removed from a bus in downtown Columbia, setting a legal precedence for Rosa Parks one year later.

When it comes to food, Columbia is rapidly making a name for itself, and that includes a growing list of Black-owned restaurants (below). And for good measure, we added a few Black-owned places to shop.