‘I will not let you die in vain’: At Charlotte rally, speakers demand ‘justice for Shanquella’ Robinson 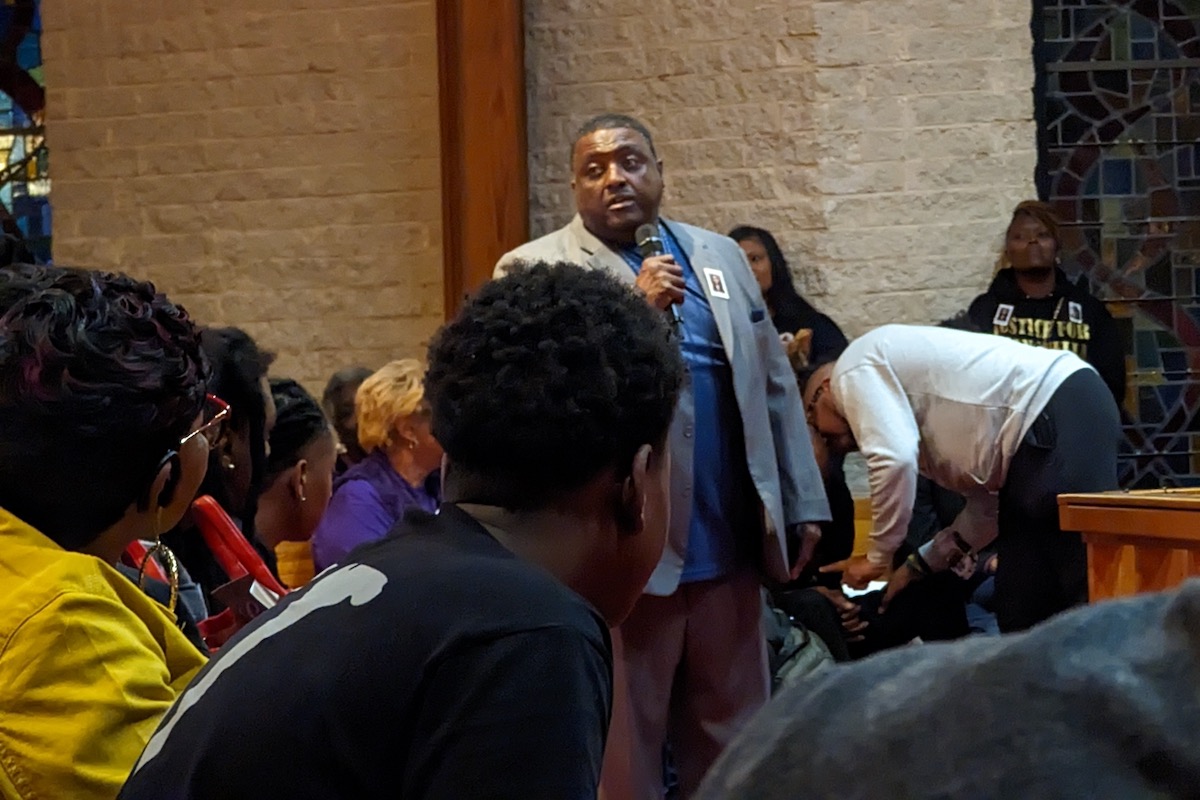 ‘I will not let you die in vain’: At Charlotte rally, speakers demand ‘justice for Shanquella’ Robinson


“Justice For Shanquella”: Those words reverberated Saturday inside the hallowed walls of Little Rock AME Zion Church, where an estimated 200 people rallied to demand that action be taken on behalf of Shanquella Robinson, who died under suspicious circumstances while vacationing with friends in Mexico.

“She was a young girl from my city, making it in a world that makes it so hard for little Black girls to continue to dream,” Akayla Galloway, founder of the Social Justice Center, was quoted as saying in The Charlotte Observer.

“Protecting Black women is not something to take lightly,” Galloway said. “It’s a charge for our entire community to stand up for Black women.”

“Her story was just starting; she was just a young woman,” Cotham said. “Death is easier to accept when the story is ending, is a long story. It is so hard, so very hard, when it is just beginning.”

The authorities have released little information about Robinson’s death investigation. After initially being told that Robinson, a 25-year-old hair braider, died from alcohol poisoning, her family has come to believe she may have been killed.

Robinson traveled with six acquaintances to Cabo, Mexico, on Oct. 28. She died the next day after being found unresponsive in a rental unit. An autopsy concluded that she died from a severe spinal cord injury and a dislocated neck. A viral video later survanced that appeared to show someone beating and kicking Robinson.

“I’m so sorry for your loss,” Cotham told the family. “But again, that’s what I was reminded of last night – it wasn’t a loss; she was taken. Justice for Shanquella.”

During an opening prayer on Saturday, the Rev. Wayne Walker, Little Rock’s senior pastor, gave thanks for those who gathered to “celebrate the life of Shanquella and, at the same time, call for justice.”

Mario Black, founder of Million Youth March, an organization that works to prevent gun violence in Charlotte, planned the rally. Other organizations in attendance included Beauty After the Bars, The Social Justice Center, and Mother to Mother.

“They need us now more than ever,” Black said of Robinson’s family.

Some speakers, like Jonathan Dorrest, recalled personal stories about Robsinson.

Pastor Irma Gardener recalled babysitting Robinson before school when her mother had to leave early for work. This continued, she said, until Robinson left to attend college at Winston-Salem State University.

“She was a charming woman. She meant happiness, destiny, so many things,” Gardener said.

Robinson’s father, Bernard Robinson, was  last to speak. He said his priority while raising his daughter was not “material stuff,” but about ensuring that she had independence and an education.

He described the day he saw his only daughter’s body: “I saw the knot on the side of her head, I saw how her eye was swollen, I saw the cut on her lip,” he said.

Bernard Robinson said he made a vow to his daughter that day: “Daddy will get you justice. I will not let you die in vain.”

During a press conference before the rally, Robinson’s sister Tequila “Quilla” Long, described what justice looks like for the family.

“Everybody being arrested and doing time in Mexico,” she said. “That’ll be justice for us as of now.”

Long said the family could not comment about the investigation. “They’re working on it,” she said.
The family has set up a GoFundMe page to pay for legal fees. As of early Monday it had raised $399,894 toward its $400,000 goal.