I’m a former member of the Electoral College. I now believe that institution has become a threat to national security. 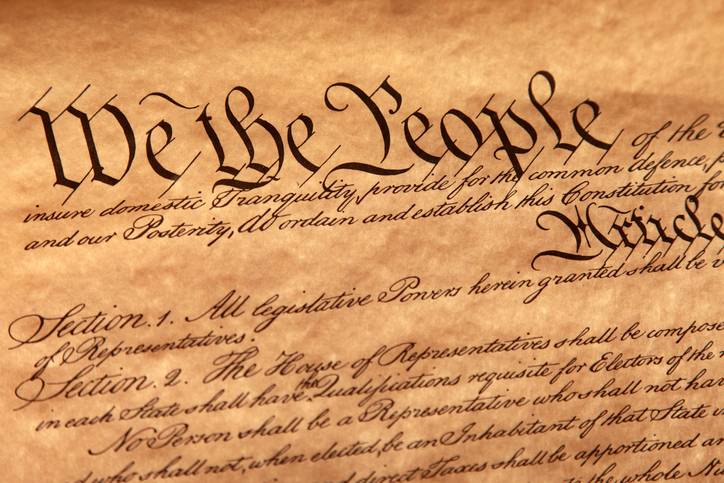 I’m a former member of the Electoral College. I now believe that institution has become a threat to national security.


In December of 2008, I was one of North Carolina’s 15 presidential electors for then-Senators Barack Obama and Joe Biden. At only 23 years old, I was honored to give the nominating speech for Vice President-elect Biden, who I had worked for in Iowa.

Serving in the Electoral College was an honor, but the institution is fundamentally undemocratic, and in the long shadow of the attack on the US Capitol. it has become a clear and present danger to national security.

At a time when democratic institutions are facing their greatest challenges since the Cold War, the Electoral College must be eliminated and replaced with a national popular vote.

One year ago today, on January 6, President Trump unambiguously sought to use the Electoral College and Vice President Mike Pence’s role as President of the Senate to overturn a fair election that President-elect Biden won by more than 7 million popular votes.

While the attempted coup failed, the attack on the Capitol was very real. Friends and coworkers of mine spent the day in mortal danger. Lives were lost. Many more were seriously injured. Many police officers, Congressional staff members and even elected officials are still recovering from the trauma.

So far, more than 700 people have been arrested in connection to the attack.

The attack on the Capitol occurred on that specific day because January 6 is the day Congress counts the Electoral College votes, so it’s important to note the attack may not have even happened had the Electoral College been replaced by a direct popular vote for president and vice president. The attackers weren’t motivated by allegations of a nationwide election fraud; instead, President Trump specifically alleged fraud in Pennsylvania, Michigan and Georgia in his January 6 speech before making specific false claims about the elections in Wisconsin, Georgia, Michigan, and Nevada.

The small presidential vote margins in Florida in 2000 and in a handful of states in 2016 and 2020 opened those elections up to distortions and misinformation, but a popular vote margin in the hundreds of thousands or millions is hard to credibly dispute.

Close elections aren’t the only reason for concern. Last month, the Select Committee to Investigate the January 6th Attack on the United States Capitol’s investigation revealed multiple texts from TV hosts and legislators to President Trump’s last chief of staff, Mark Meadows. While news coverage focused on the texts sent to and from Meadows on January 6th, one November 4 text sticks out to me:

HERE’s an AGRESSIVE STRATEGY: Why can t [sic] the states of GA NC PENN and other R controlled state houses declare this is BS … and just send their own electors to vote and have it go to the SCOTUS.

The likely author of that message isn’t a fringe legislator; it’s Rick Perry, former Secretary of Energy, presidential candidate, and governor of the second-largest state in the U.S. These messages demonstrate an unacceptable vulnerability in the electoral vote system: many states empower their state legislatures to appoint slates of electors, effectively subverting the popular vote for president. Florida considered doing this in December of 2000, and possibly would have nullified the will of the state’s voters if not for the Bush v. Gore decision.

While replacing slates of electors previously seemed like an unprecedented, impossible violation of the spirit of American democracy, this mechanism for nullifying the popular vote was seriously considered by members of Congress and the President of the United States on January 6. The Trump wing of the Republican Party has opened a Pandora’s Box of authoritarianism; there is no going back.

The Electoral College is a constitutional vulnerability that enabled the greatest attack on American democracy in our lifetimes, and it remains a threat to national security. It must be abolished and replaced with a more democratic safeguard against authoritarianism: a direct popular vote for President.