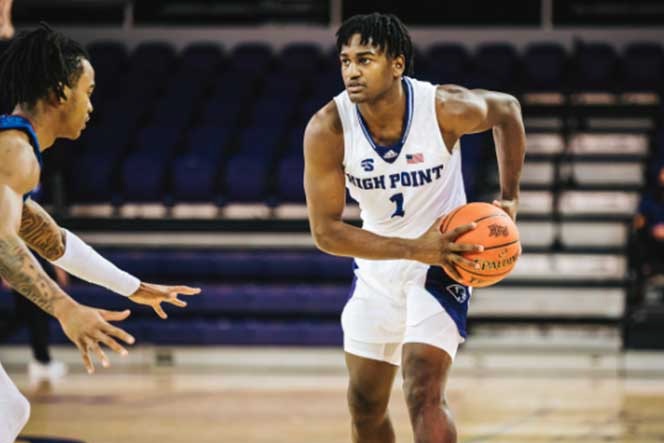 
Twenty-five years ago, the city of Rock Hill adopted the slogan “No Room For Racism.” This December, that mantra will be front and center as the city hosts the inaugural No Room For Racism Collegiate Basketball Classic, bringing together NCAA Division I schools and historically Black colleges and universities (HBCUs).

Not a novelty showcase, the classic will count toward each school’s season standings.

No Room For Racism Classic Schedule:

“We wanted to celebrate that (history), and we wanted to create awareness for it through a basketball event,” he said.

Alongside the classic will be a public display highlighting the Friendship 9 — a group of young people who staged a lunch counter sit-in in downtown Rock Hill 60 years ago.

The display — a collaboration between Visit York County and Rock Hill’s African American Cultural Resources Advisory Committee — will be placed in front of a restaurant named Kounter, which was conceptualized in honor of the Friendship 9.

Housed in the McCrory Building at 135 E. Main St, the site of the historic sit-in, the restaurant incorporates the counters and stools from that time period.

Every year the basketball classic is held, city officials will unveil a project to preserve the legacy of civil rights leaders “who transformed Rock Hill and the nation,” Dunlap said.

The history of the Friendship 9

In 1961, a group of Black students from the former Friendship Junior College were denied service at the McCrory’s Five and Dime lunch counter and were arrested after refusing to leave. They became known as the “Friendship Nine.”

Rather than bailing out of jail, the young men chose to serve 30 days of hard labor on a South Carolina chain gang. “Jail, No Bail” became a signature strategy of civil rights protests. In 2015, York County vacated their convictions.

“The people that were a part of that in 1961 are getting older, and we want to be sure that their story continues to be told for generations to come,” Dunlap said. “That’s the purpose of the display and the project, to continue to educate on the roads that were taken and the key place Rock Hill played in that movement during that time.”

A slogan is born

In 1996, before he was Rock Hill’s mayor, John Gettys was a private citizen on a committee at his church, First Associate Reformed Presbyterian, charged with finding a way for the congregation to be more involved in the community.

One of the members suggested implementing a model out of Shasta County, California, where the group Shasta County Citizens Advocating Respect developed a “No Room For Racism” sign campaign that culminated with the city of Redding endorsing official signs that also included the city’s seal.

The campaign eventually spread to neighboring cities, resulting in 75 signs bearing the slogan, according to Not In Our Town.

The committee took the idea to the Rock Hill community, garnered business and local government support, and the “No Room for Racism” slogan was eventually adopted.

“It was no event that prompted it, just a bunch of people sitting around a church table saying how we need to do more to be involved in the community,” Gettys recalled.

Although the “No Room For Racism” signs have been seen around Rock Hill for two and a half decades, not everyone has supported the idea, which Gettys described as an “aspiration that calls for action” and not a declaration that racism doesn’t exist in Rock Hill.

“I’ve had people come into town and stop me and say how powerful that statement was when they saw it, and how that made them realize this community is different from others,” Gettys said. “I’ve also had people say, ‘You know you put that up, but you’re no different than others.’ Both are right, you know. It depends on their experiences and relationships.”

In June, protestors took to one of Rock Hill’s busiest intersections, at David Lyle Boulevard and Black Street, seeking accountability from the Rock Hill Police Department after a video surfaced online showing two Black men being arrested, and one allegedly being hit by officers while he was on the ground.

Protests against police brutality went on for days in Rock Hill, eventually spreading to downtown. Two officers were reported to have been placed on administrative leave, and the South Carolina Law Enforcement Division was said to be investigating the incident.

“In Rock Hill we have just as many problems as everywhere else, just as much history as everywhere else,” Gettys said. “But we were named an All-American city in 2019, and part of our argument for that award is that we understand we have a history that is not pleasant in some ways and we’re committed to transforming…”

Rock Hill on the rise

“Transforming” is one word to describe Rock Hill these days.

Once a quiet suburb of Charlotte, its big-city neighbor, Rock Hill is now one of the fastest-growing cities in South Carolina.

On the business end, Rock Hill is also seeing more development. Perhaps the latest and the biggest is the new Carolina Panthers multimillion-dollar headquarters and entertainment complex underway off of Interstate 77.

The 240-acre site will include a 5,000-seat football and soccer stadium, indoor and outdoor practice fields, trails, corporate offices, and retail and residential space. The first phase of the complex is expected to open in 2023.

Meanwhile, the No Room For Racism Classic will serve as “one of the first steps” to making Rock Hill a premier events destination leading up to the opening of the Panthers’ headquarters, Dunlap said.

“For us, this event is not so much about economic impact, and it will have an economic impact on the community…but this is about raising the profile of Rock Hill when it comes to the types of events we will host here,” Dunlap said. “For us, this is just the beginning.”

Tickets will be available beginning at noon on October 11 via Ticketreturn.com. For more information on the No Room For Racism Classic, visit www.noroomforracismclassic.com.