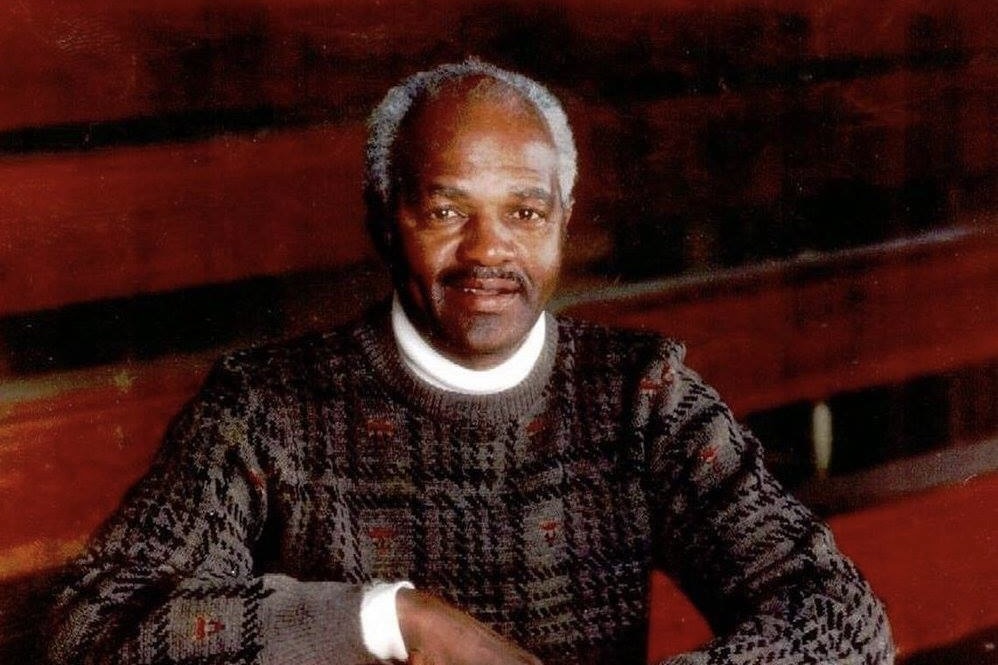 On Wednesday, the Charlotte-Mecklenburg Schools’ board will consider naming it the “Charles A. McCullough Sr. Athletic Center.”

McCullough was boys’ basketball coach at West Charlotte from 1960 to 1993. His teams won nearly 600 games and five state championships.

The Lions, under his leadership, won 21 conference championships and reached the state quarterfinals 16 times. McCullough was also named Charlotte Observer Coach of the Year, twice.

“Coach McCullough not only saw himself as a coach, but as a mentor of young men,” Acquanetta Edmond, community superintendent for West Learning Community, wrote in a recommendation letter to Interim Superintendent Hugh Hattabaugh.

“His players continued to be successful on and off the court—some becoming district court judges, educators, entrepreneurs, college and professional basketball players. “

McCullough, 84, died after a long battle with a respiratory disease in 2017.

Who was Charles McCullough?

Charles Adams McCullough, Sr. was born and raised in Charlotte to the late John and Annie Mae McCullough.

A graduate of West Charlotte High in the 1950s, he lettered in four sports—setting the Mecklenburg County high jump record that stood for many years.

After serving two years in the U.S. Army, McCullough attended North Carolina Central University where he played baseball, basketball and ran track and field before graduating in 1956.

In 1960, he took over as head coach of the West Charlotte boy’s basketball team.

After retiring from West Charlotte Senior High, he coached for five seasons at Livingstone College in Salisbury, N.C.

On April 2019, McCullough was posthumously inducted in the NCHSAA Hall of Fame,.

McCullough is survived by his two children, Cynthia and Charles.

His legacy went beyond coaching, according to those who knew him.

Wendell Anthony, a former p0int guard at West Charlotte, said he idolized McCullough years before he even had a chance to play for the coach.

As a kid in the early 1970s, Anthony would attend West Charlotte basketball games and dreamed of playing for McCullough.

When he arrived at West Charlotte in 1977, Anthony played on the junior varsity team. McCullough would often stop by to watch practices and critique Anthony.

“He had a keen eye for good technique and the basics of basketball,” he said. “I was pretty good at that and I just wanted to prove myself to be on that team.”

Anthony made the varsity team the following year and was named the starting point guard.

As a senior, the team made it to the state championship but lost to a James Worthy-led Ashbrook High School in 1979.

Anthony said McCullough was like “a father away from home” to him and the two remained in touch even in his final days. Anthony is happy that the late coach is being considered as namesake of the West Charlotte gymnasium.

West Charlotte, which opened in 1938, became one of the first desegregated schools in the country in the early 1970s. Davis Liles, then-assistant coach under McCullough, said many teachers and staff members were concerned ahead of that first year.

Liles said staff had to go through special training that summer. During their final staff meeting, the assistant principal referenced a Black-colored folder as the “black teacher manual.”

“Mac [McCullough] stood up and said ‘What will the white teacher’s manual be like?’” Liles said. “After a pause, he flashed his wonderful smile and we all broke out laughing. It broke the ice and brought us together.”

McCollough, Liles said, always had a way to connect with people, on and off the basketball court.

“West Charlotte went through so much on the way to becoming one of the best high schools in the country,” he said. “Mac got the school there in many similar ways.”

More than just a championship

Lane Jones was a senior forward on the 1986 championship team, but he earned more than just a ring during his time with McCullough.

Jones said he knew early on that his team was capable of winning a championship. The team was full of talented players, but McCullough taught them to sacrifice their personal success in order for the team to succeed.

“That’s not easy, but we followed the plan,” he said.

McCullough made the team practice on early Saturday mornings, despite having played a game the night before.

Jones said this was his way of keeping his players off the streets and out of trouble. He treated players as if they were his own children and set aside time for each of them to come into his office and talk.

“It’s only right that McCullough’s name is remembered through the gymnasium,” Jones said.

“It’s respect to his legacy. Not only for just basketball, but the men that he created and students he impacted.”