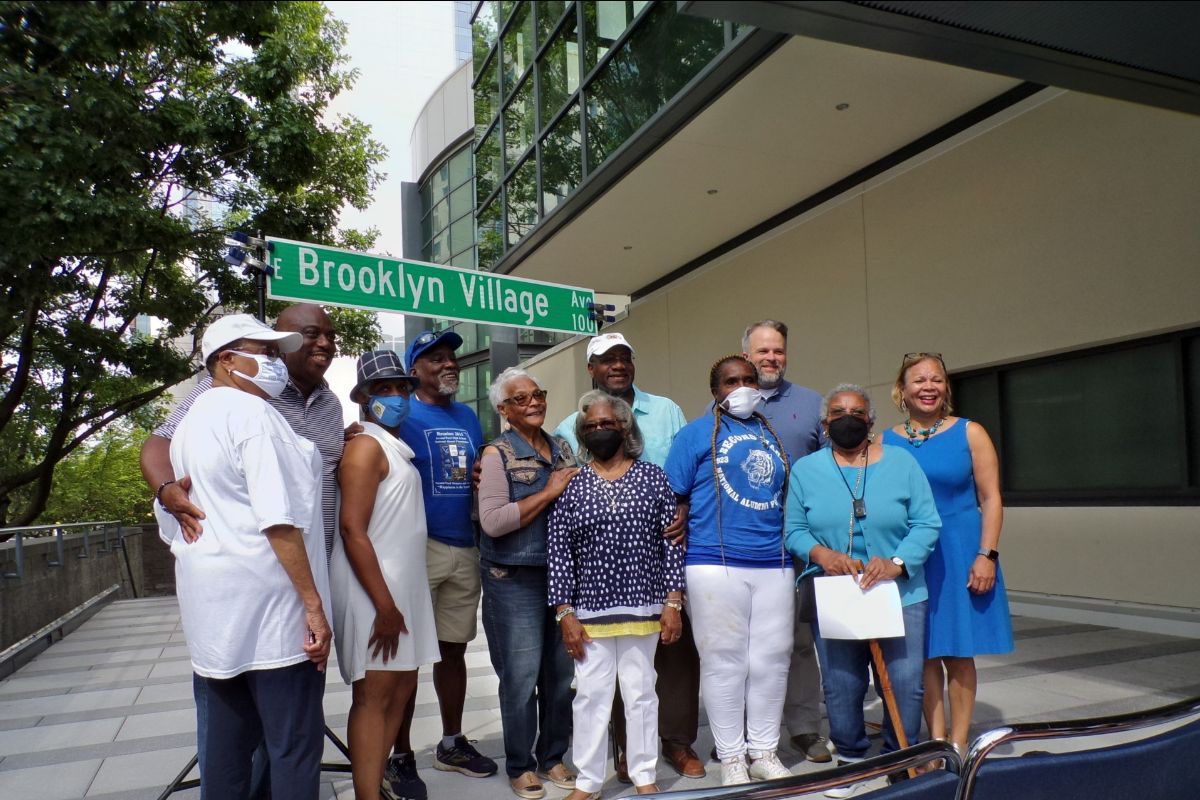 Dozens turned up Thursday for the official unveiling of the new Brooklyn Village Avenue signs in uptown Charlotte.

“In order to move forward in unity, I think it is clear that we needed to dismantle the symbols of racism that still existed in Charlotte,” Mayor Vi Lyles told the gathering. “I take pride in the fact that we are now focusing on the positive and renaming this important city street to pay tribute to the thriving neighborhood that was once located in this area.”

The new name honors Brooklyn Village, a historically Black neighborhood demolished by the city in the 1960s to make way for government and commercial buildings.

Today, Brooklyn Village is honored in various ways, from the newly named street to the Brooklyn Collective.

Stonewall Street was the ninth and final street in Charlotte renamed under the work of the city’s Legacy Commission.