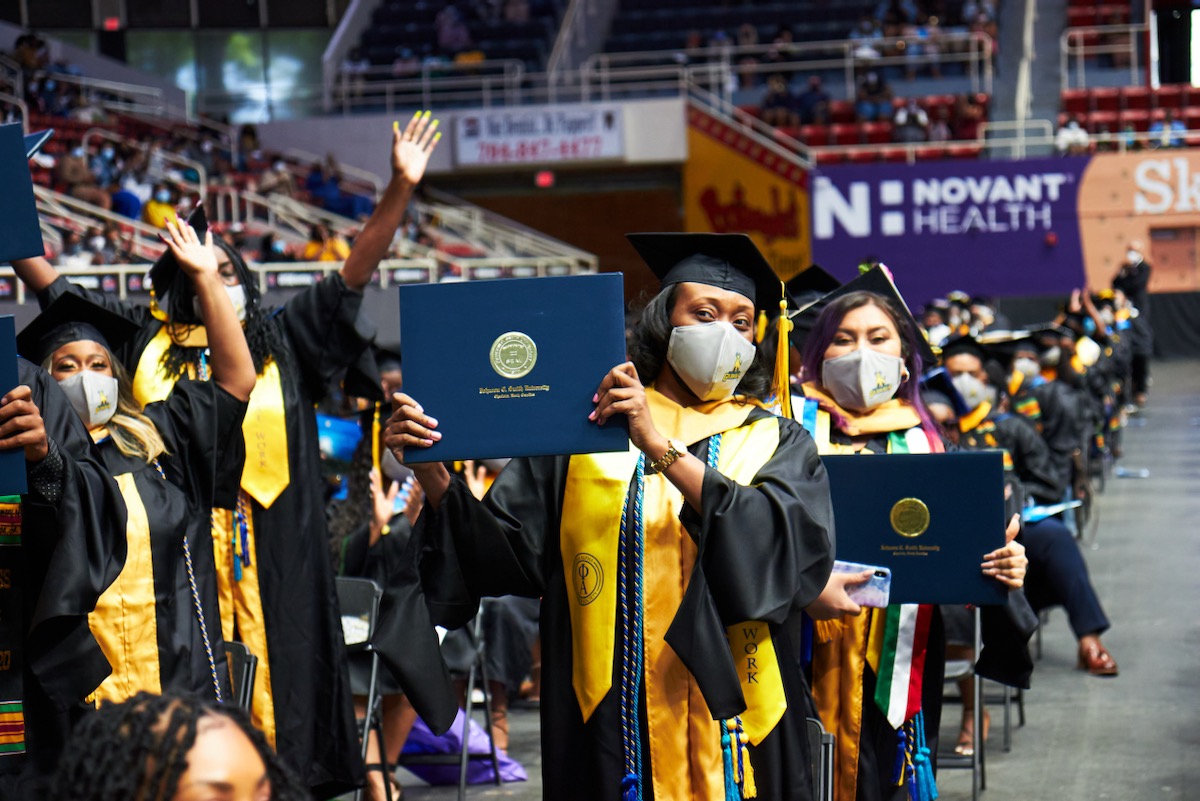 
In its quest to be ranked among the nation’s top historically Black colleges and universities, Johnson C. Smith made a modest gain in the latest list of “best colleges” as compiled by U.S. News & World Report.

“This recent report is just the beginning of what we hope will be an exciting climb up the ranks in the next five years as we continue to work toward the goals outlined in our five-year strategic plan,” JCSU President Clarence Armbrister said in a statement.

When the fund was announced last November, Armbrister said the school’s goal was to rank among the nation’s top 10 HBCU within five years.

In recent weeks, critics have questioned the value of the annual college rankings, especially those produced by for-profit companies, such as U.S. News, which parses and sells the rankings to anxious parent and students though a variety of search tools.

“Too often, our best-resourced schools are chasing rankings that mean very little on measures that truly count,” Cardona was quoted as saying. “That system of ranking is a joke.”

Others have echoed Cardona’s critique, insisting that universities should focus, instead, on factors such as economic mobility, return on investment and the degree to which they assist students who have been historically disadvantaged.

What goes into college rankings?

While U.S. News does not disclose its exact formula for evaluating colleges and universities, the publication does offer some broad guidance.

In this year’s rankings, for example, social mobility accounted for 5% of a school’s total score.

Other factors, such as graduation and retention rate (22%), undergraduate academic reputation (20%), faculty resources (20%) and financial resources per student (10%), were weighted much more heavily.

A 7% weighting was given to “student selectivity,” which measures factors such as SAT scores and high school class standing.

Critics say data submitted by the schools can be easily manipulated to game the system, and they point to Columbia University as a cautionary example. After acknowledging that some of the data it submitted to U.S. News last year was incorrect, the prestigious, Ivy League university in New York fell from the overall No. 2 spot last year to the No. 18 spot in this year’s rankings.

JCSU has seen ups and down

As recently as 2014, JCSU ranked considerably higher in the U.S. News database of historically Black schools – holding the No. 14 spot that year. By 2021, it had dropped to 36 among its peers.

JCSU’s Rankings Through The Years

The timing of JCSU’s slide corresponded with a series of revelations that hinted at financial challenges at the private university in Charlotte’s Historic West End.

In 2016, former JCSU President Ronald Carter met with QCity Metro to declare the school “financially sound” and moving along a path of “radical transformation.”

Months earlier, a former JCUS trustee, Talmadge Fair, had alleged that the school was being financially mismanaged and led a failed attempt to oust Carter as president. (Fair himself was eventually booted from the board.)

Nearly two years after Carter declared JCSU “financially sound,”  an accrediting body placed the school on probation, citing two examples of potential irregularities. JCSU issued a statement that year saying its probationary status was nothing serious, triggered, it said, by a “disclosure format” in a financial report required by the federal government.

It is unclear how much JCSU’s financial challenges contributed to its slide down the U.S. News HBCU rankings.

Whatever the cause, Armbrister, the school’s current president, was hired in late 2017 to move the university forward. When he began his job on Jan. 1, 2018, JCSU was ranked 15th among HBCUs, according to the U.S. News rankings.

In his statement on Monday, Armbrister said JCSU has implemented a strategic plan —The Golden Blueprint— “which we believe will result in JCSU becoming one of the nation’s top 10 HBCU’s.”

Adopted in 2021, the plan calls for JCSU to add or invest in four “pillars” – academic innovation, strong professional outcomes, seamless pathways for students and a cohesive retention strategy.

“JCSU is already working toward these goals…” the school said in the statement.