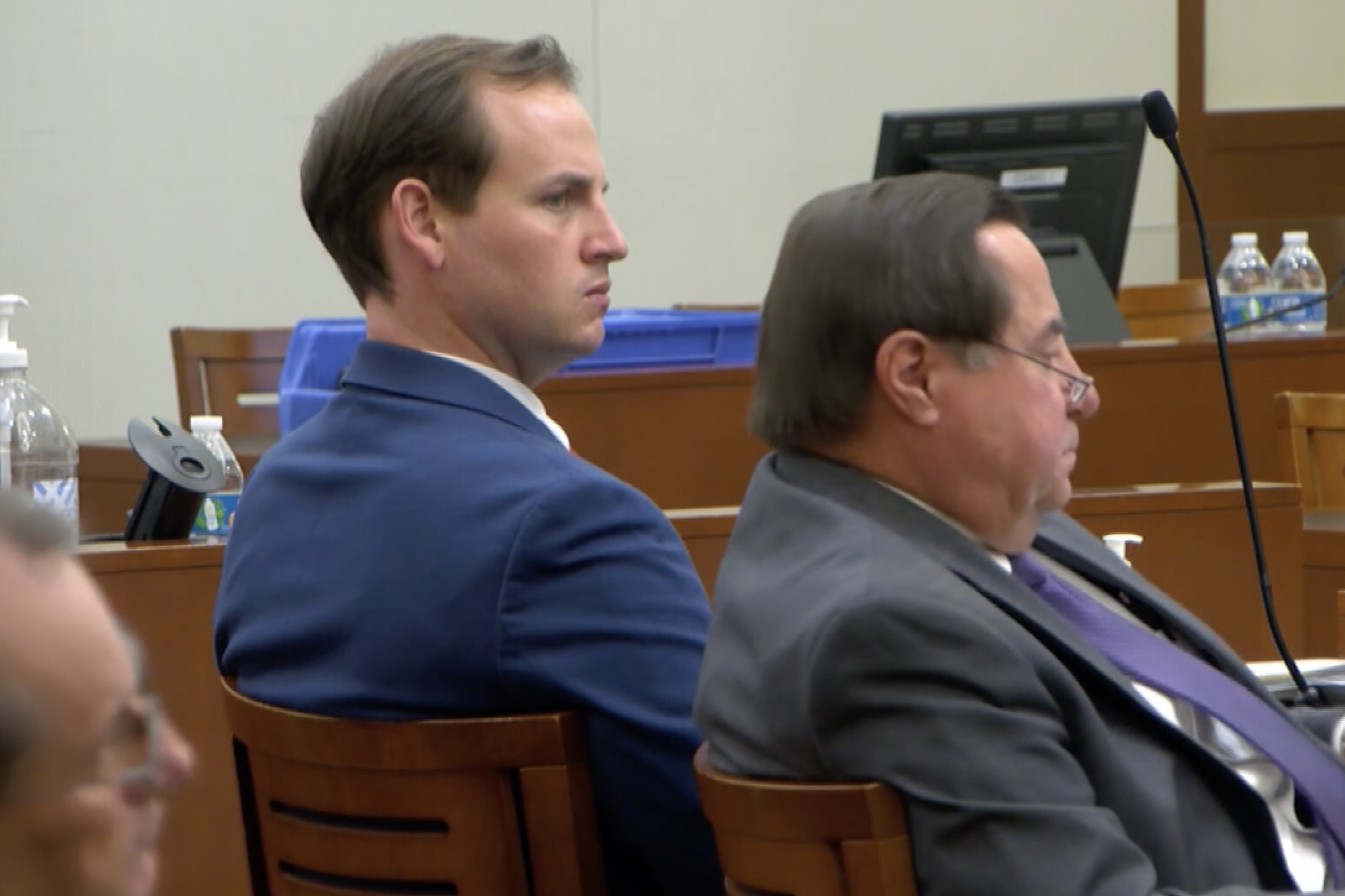 
The jury found a CMPD officer guilty of misdemeanor death by vehicle for striking and killing a pedestrian while speeding near uptown Charlotte.

Prosecutors alleged Barker was traveling more than 100 mph when his patrol struck Short in the crosswalk, killing him instantly. Barker was responding to an accident scene.

“I do apologize to their family and my family,” Barker said during final remarks. “It was an accident. I was on duty responding to a call for service.”

He added: “For five and a half years, I have been pretty much on probation going job to job trying to make ends meet for my family.”

Barker submitted his letter of resignation to the department Wednesday afternoon, according to a tweet by CMPD chief Johnny Jennings. He had been placed on unpaid administrative leave since the incident.

Prosecutors told reporters that they are satisfied with the decision of the jury and wish the best for Barker and his family.

“I think Mr.Barker is a good man who made a mistake. I don’t think this should follow him for the rest of his life,” prosecutor Bill Bunting said.

Since Tuesday afternoon, the 12-member jury deliberated for six hours total, reflecting on the evidence and witnesses they had seen since the start of the trial on Thursday.

The jury deliberated for just over three hours Tuesday before being sent home by Judge Robert Ervin without reaching a verdict.

The jury requested to see body cam footage again and for clarity of the term, “culpable negligence” before coming to a final verdict just before noon on Wednesday.

After prosecutors rested Monday, Greene requested a motion to have the charges of involuntary manslaughter dismissed on the grounds of a lack of evidence. The judge denied that request.

The defense didn’t call anyone to the stand and Barker did not testify before closing arguments.

Closing arguments for the defense and state lasted over 30 minutes each. Both sides referenced the testimonies the jurors had heard.

Prosecutors in their closing argument said the charges are “based on the facts” that Barker violated his duty as a police officer by driving recklessly.

Meanwhile, Barker’s defense team argued that their client was “doing his job,” responding to a “priority one” emergency call, which requires a rapid response from CMPD officers.

Barker’s defense argued Short held the majority responsibility for the incident.  Short’s autopsy showed that his blood-alcohol level was three times the state’s threshold for drunk driving. He had also ingested a number of prescription medications, including a heavy dosage of Xanax, an antidepressant, the defense said.

Short’s family was not in attendance for the final verdict, but told WCNC earlier this week they feel their son was painted in a bad light during the trial.

“There was a lot more good there than there was irresponsibility,” Deborah Short, James’ mother, said.

Regardless of the outcome of the trial, they plan to continue healing from the death of their son.

“’Forgive him so that your Father in heaven may forgive you your sins,’ that’s what he [James] lived by and that’s what he would want us to do,” Deborah Short, James’ mother, told WCNC.
In 2019, they settled a civil suit against the city of Charlotte for nearly $1 million.

Update: This story has been updated to include the resignation of CMPD officer Phillip Barker, according to a tweet from CMPD chief Johnny Jennings.