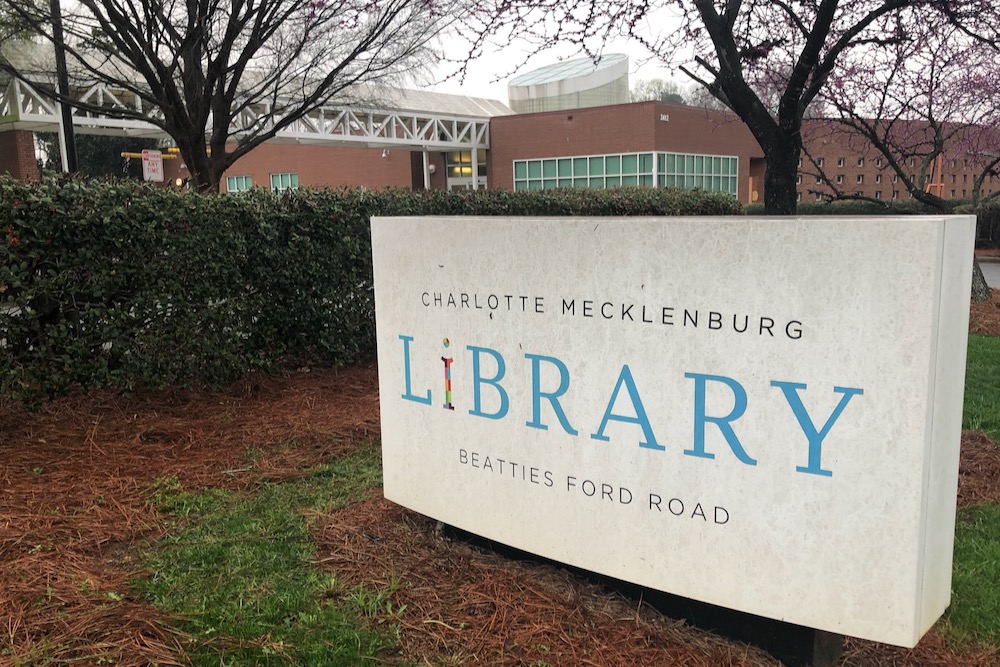 More investment is coming to the Historic West End.

The John S. and James L. Knight Foundation announced a $225,000 grant to the City of Charlotte to enhance outdoor spaces at the Allegra Westbrooks Regional Library on Beatties Ford Road and at the Beatties Ford/LaSalle Street intersection.

The enhancements will create places where community members can meet and enjoy art and programming, the city said on Sept. 9.

Erin Chantry, a senior urban designer and planner with the city, said officials are moving to begin the design process for the “front green” of the library, which is between the sidewalk and the building itself.

Chantry said the public space at the library will likely feature enhanced landscaping, seating, art, an outdoor classroom, along with a storm water feature that can be enhanced with planting and sustainability goals for the corridor.

Residents will work with the city to design the space, starting this fall. Building for the project is estimated to begin in late spring of 2022, Chantry said.

This effort is the result of a community-led placemaking and public space playbook for the Beatties Ford Road corridor, where residents identified the library’s open space as a top choice for a placemaking project.

One of the other areas residents identified for enhancement is the Beatties Ford Road and LaSalle Street intersection.

The city will conduct community engagement for that site as well, while working with the adjacent property owners to come up with a plan for public use.

“Public spaces are happening all along the whole corridor, which is really important to the residents,” Thomas said. “It’s critical to have key places that bring people out into the district so they are patronizing businesses and getting to know one another.”

Public space in the West End

There’s a number of public spaces sprouting in the Historic West End, as the corridor undergoes its most public and private investment in recent years.

[Related: Tracking the change: A look at some of the projects set for Historic West End (Part 1)]

A few blocks up is the almost completed Five Points Public Plaza. The $5.5 million project will be a gathering space for the communities surrounding Five Points, featuring a small amphitheater, a splash pad, outdoor seating, and public art.

In Feb. 2020, the Knight Foundation pledged nearly $400,000 for the plaza as a three-year grant to hire a part-time events coordinator, train Johnson C. Smith University students to serve as plaza ambassadors, and cover the costs of plaza equipment and some initial events during the first three years.

At Beatties Ford Road and Tate Street, a vacant lot that once housed the segregation-era Ritz Theater is under construction to be a community-centered public space, the city announced in July.

Using a $200,000 grant from Lowe’s 100 Hometowns initiative, the city will transform the 0.17-acre to an outdoor space where residents can gather for leisure and entertainment.

The space is slated to feature a performance shelter, outdoor movies, cafe-style seating, a play area, and free wifi.

Under terms of the grant by Lowe’s, Chantry said, the space must be complete and ready for neighborhood use by the end of October.

A grand opening date for the space has been set for Nov. 6.