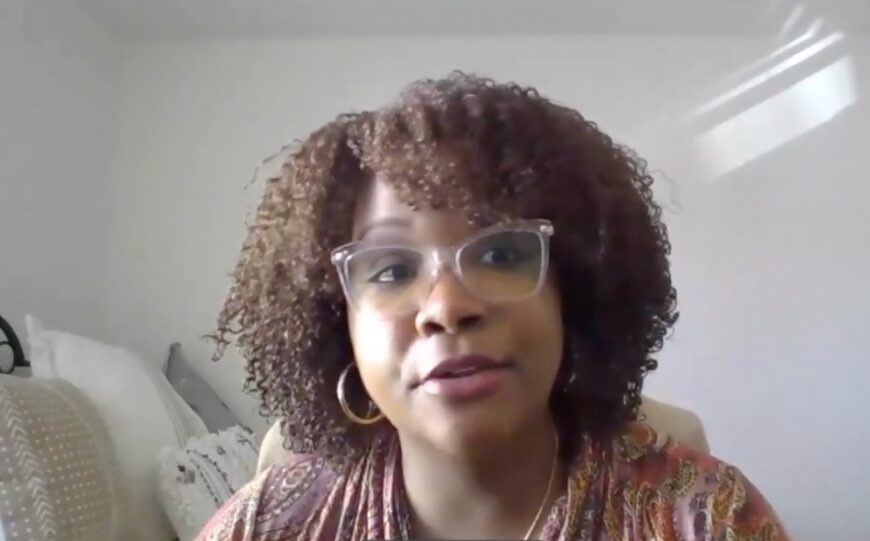 
Many programs, initiatives and nonprofits exist in Charlotte to address the plight of the city’s poor. None was launched amid more fanfare and heightened expectations than Leading on Opportunity.

Created in 2017 with the backing of some of Charlotte’s leading corporations and nonprofits, it promised to address three “key determinants” of economic mobility — early care and education, career and college readiness, and family and child stability — factors identified in a 92-page Opportunity Task Force Report.

On Tuesday, Sherri Chisholm, Leading on Opportunity’s recently installed executive director, said that while those key issues remain central of the organization’s work, it’s primary aim is to support existing efforts, not duplicate them.

“We will not do programming or grants but help nonprofits already doing that work,” Chisholm told the Tuesday Morning Breakfast Forum. “Leading on Opportunity will serve as a system support and glue between organizations.”

As for what the organization’s specific interventions will be, Chisholm said Leading on Opportunity is in the “process of defining that.”

One concern, she said, is how to incorporate community voices — voices that extend beyond its own board of directors, often called “the council.”

The council, she said, should be half corporate and half community, but it “doesn’t look like that,” she added.

Chisholm said Leading on Opportunity will unveil a reconfigured board in early 2022, part of an overall restructuring of the group since Chisholm was hired last year.

Its founding director, Stephanie Cooper-Lewter, resigned in 2019 to lead Financial Security CLT, which is based at Crisis Assistance Ministry, leaving the group leaderless for almost a year.

Chisholm said she’d spent most of 2021 working from the ground up, developing a team of five employees, rebuilding the council and fundraising. She said she’s also working on a way to more easily explain the purpose of the organization.

“It’s no secret to you all that we’ve struggled with ‘What does (Leading on Opportunity) do?’ and how do we communicate that in a way that makes sense?” she said.

To address that issue, Leading on Opportunity will hire a communications expert, courtesy of Bank of America.

Although Chisholm did not provide numbers, she said she’s raising the next round of funding, which is critical for the groups’ sustainability.

In the short term, Chisholm said, Leading on Opportunity is laser-focused on college and career readiness and workforce development.

One organization it’s working with is My Future NC — a statewide nonprofit focused on educational achievement — providing data and facilitation support.

“I do feel like we’ve made really good progress, so next year is focused on execution and implementation,” Chisholm said, adding that measuring the success of pulling families out of poverty would be from a generational standpoint.

“It will take many, many years, but the need is present,” she said.

During the forum, Chisholm told the story of her grandparents who left the South in the 1940s, bound for Detroit, in search of economic opportunity.

Her grandfather found work on a Ford Motor Company assembly line, and her grandmother was a teacher’s aid. A few decades later, her mother became a teacher. Chisholm followed in those education footsteps, leading K-12 school districts in Atlanta, south Florida and Detroit.

Chisholm drew a parallel between her grandparents heading north and her decision, at seven months pregnant, to relocate to Charlotte.

Although Chisholm points to her family as a model of “each generation doing better,” she said they faced many challenges along the way.

Her father struggled with drug addiction for years, ultimately dying from an overdose in 2018.

As a freshman at the University of Michigan, Chisholm said, she tested into remedial math, English, and Spanish — that after performing as a top high school student in metro Detroit.

It was through “social capital” — her network of relationships — that she was able to put herself and her career onto a desired path, she said.

“I want the same for people in Charlotte,” Chisholm said. “So this work is very close to me. It’s not something that I’ve studied; it’s something that I’ve lived. I know firsthand how difficult it is to create a life for yourself oftentimes when it feels like things are stacked against you unfairly.”