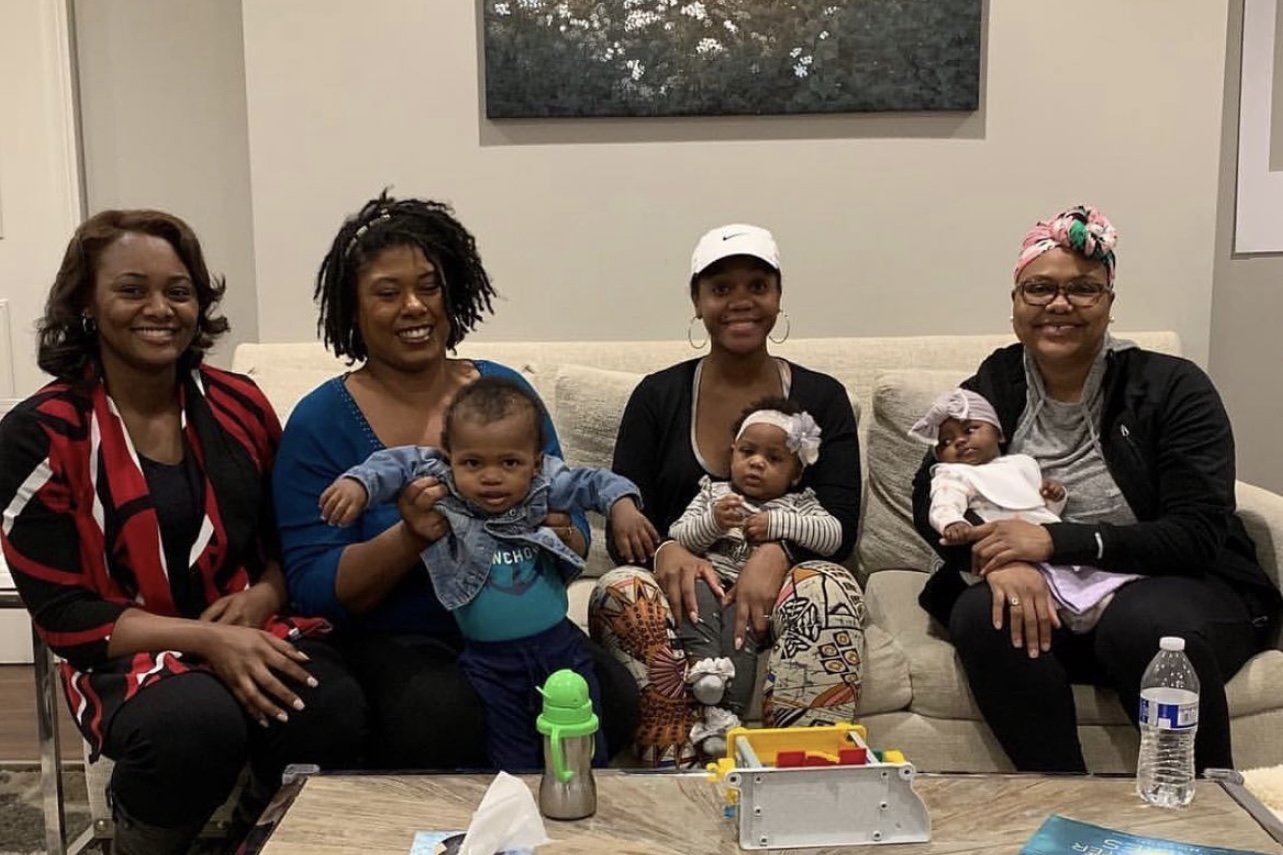 
After Karen Phelps had her first daughter, she noticed the baby was growing longer but not gaining healthy weight.

Phelps leaned on Queen City Cocoa B.E.A.N.S (QCCB) for support. The organization supported Phelps with assessment and monitored the newborn.

After a switch to powder formula, Phelps’ daughter began to gain weight.

Queen City Coca B.E.A.N.S (QCCB) was able to support Phelps and her family, but resources like these are not widely available, especially those that focus on maternal care for women of color.

According to Every Mother Counts, many women of color lacking access to insurance, experience pregnancy with chronic health conditions and sometimes experience concerns disregarded by providers.

Black women are three times most likely to die of pregnancy-related conditions, according to the Centers for Disease Control and Prevention (CDC).

But more than half of these birth outcomes are preventable, the CDC says.

QCCB’s hope is to help reduce these outcomes.

“I am grateful that there was an option available for me in Charlotte,” Phelps told QCity Metro.

Phelps, 39, now serves on the non-profit’s board of directors, which is responsible for planning and executing the organization’s initiatives.

Black women are also twice as likely to have a maternal mental health condition as white women but are half as likely to receive adequate treatment.

In 2022, the CDC reported that more than 80% of pregnancy-related deaths that occurred between 2017 and 2019 were preventable.

These statistics are what led to the formation of Queen City Cocoa B.E.A.N.S.

LuGenia Grider was originally part of the Atlanta-based maternal health organization Reaching Our Sisters Everywhere (ROSE). She wanted to created a local effort in Charlotte because of her own negative childbirth experiences.

At the time, she was the only member of the Charlotte ROSE Chapter and wanted to expand local impact.

Later, she partnered with Rachel Dean to establish Queen City Cocoa B.E.A.N.S in 2013. Dean says the non-profit’s name represents the families they work with while the acronym describes their primary goals.

Since its beginning, QCCB has supported many through workshops, annual baby showers and lactation consultations.

“On the smaller side, it might be five people and on the bigger side, I’ve seen as many as 20 people,” Dean said when asked how many people typically attend the organizations workshops.

QCCB virtual support groups are held twice a month to provide education and support on various topics related to maternal and infant health.

The organization’s annual “baby shower” is held in August during Breastfeeding Awareness Month. At the event, QCCB provides clothes, diapers and other needs in addition to a breastfeeding class.

Natisha Simms, 46, is a lactation consultant for Queen City Cocoa B.E.A.N.S and also serves on the board of directors.

Simms breastfed each of her four children and now works to educate mothers of color on the benefits of breastfeeding.

“Your body has been created to fit the need of providing nutrition to your baby, “Simms said, “[it’s] something that, in this day and age, we have not fully embraced.”

She says she understands that breastfeeding is a vulnerable experience.

“It starts with education and advocating for yourself.” Simms believes it’s important for mothers to know they have choices.

She said mothers don’t have to accept care that isn’t the “best” for them.

The CDC reports that breastfeeding has a number of benefits for both baby and mom. Not only is it one of the best sources of nutrition for newborns, breast milk contains antibodies that develop a newborn’s immune system.

QCCB is also working to establish a lactation academy that trains people to be lactation consultants.

Dean also wants to narrow QCCB’s focus so that it can prioritize programs that help families the most.

“In the past, we’ve done so many things. It’s been hard to kind of focus on those bigger things and really grow those things and make them work,” Dean said.

“We really want to focus on our clinic this year, and our training of the students as well as the support groups in the community bash.”