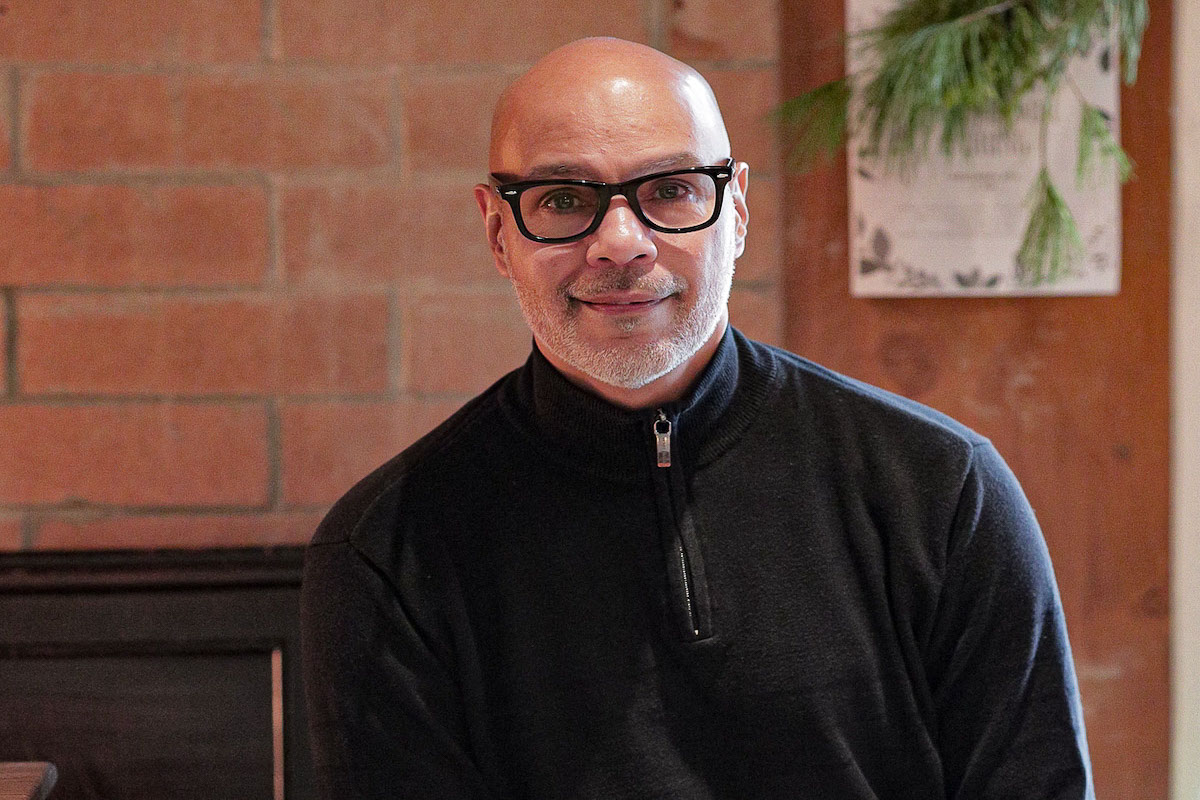 
Three friends meet in an apartment in Harlem… What could go wrong?

This is one of the catchy lines from Michael Garcia’s “Stuff Inside My Head,” a new play set to premier in early 2023 at Central Piedmont Community College.

Garcia, an Afro-Latino playwright and author based in Charlotte, wrote the play to encourage more Black and Latino men to seek treatment for mental health issues.

A survey 0f 2,700 adults, published by Blue Cross and Blue Shield, found that 54% of Black respondents and 47% of Hispanic respondents said that people with mental health issues in their communities were often patronized, compared to 37% of white respondents.

Garcia experienced depression, which he says is a product of not seeing people in his childhood environment seek treatment for mental health problems.

The play began as a book of poetry that Garcia published last year, containing some of the thoughts he was battling while facing depression.

A few months later, he decided the time had come to turn the play into something greater.

Garcia added dialogue but kept the poetry, which, he says, is a unique aspect. His play also includes social commentary on institutions including corporate America and the Black church.

I met with Garcia to discuss the why behind the play, and what he hopes to accomplish.

His answers were edited for length and clarity.

You wrote a book of poetry titled “Stuff Inside my Head.” What sparked the idea to turn your book into a play?

“Stuff Inside My Head” is a self-published book I released in July 2021. After the fanfare, about a month later, I wondered what I could do with the content and thought ‘maybe I will do a one-person monologue.’ I met with some people and broke down the content into three distinct themes: Love, self awareness and mental health. After I finished writing, what was supposed to be a one-person monologue now had three acts, three characters, drama and conflict.

When did you start writing the play?

I started writing the play in September 2021 and in eight weeks, the play was finished. From what I understand, completing a play that fast is unheard of. Since then, we have fine tuned the dialogue and removed certain parts. When I was writing my book, I thought ‘how am I going to get all this stuff inside my head on paper?’ It was a catchy title so when I started writing the play, I kept the name “Stuff Inside My Head” because we all have stuff inside of our heads.

The main concept of the play is that three friends meet in an apartment in Harlem, New York. Why did you choose Black men, specifically, to portray these three friends?

Harlem is the place where I became a man. I landed in Harlem during a time where “New Jack City” was not just a movie, but it was all around me in the early 1980s. Black and Latino men who are diagnosed with a mental health issue almost never receive treatment. It was important for me, as a man, to address things that we go through and never tell anyone while discussing my own experience with mental health. My hope is that the play will inspire someone to take action. If we can get Black and Latino men to take better care of their mental, we will see a change in our communities.

How do you discuss the issue of mental health in your play?

The inciting incident is a letter with bad news which triggers emotions of depression and insecurity within the main character. In the process of dealing with those emotions, he is confronted by his friend who does not believe that mental health struggles exist. Ironically, the friend who is in denial also deals with his own struggles.

Can you elaborate on the social commentaries?

The first commentary is a cultural phenomenon within the Black church. One of the characters talks about how he did not go to the church to ask for help because they would just pray his mental struggles away. The commentary on corporate America is where one character, who is the corporate guy, appears to have it together. All the while, he struggles everyday, in corporate America, trying to live up to a certain persona while dealing with backhanded compliments. The commentary on the education system talks about how some kids have to make a decision where either, they are going to school or they are on the block trying to survive.

The cover for the play is reminiscent of the Fugees album “The Score.” Why did you choose to go with this style?

Can you talk about the journey of ‘Stuff Inside My Head’ and where it has been performed?

Why did you choose local Black male actors to fulfill the characters in your play?

When my play was selected for an online monologue series based in Raleigh, I connected with one of the actors, Jonavan Adams. He and I bonded, I let him read the script and he told me ‘Mike, when you’re ready, let me know.” Justin Peoples was referred to me during the National Black Theatre Festival because I needed someone to do the reading. He and I connected because he fit one of my characters to a tee. The third actor, Jonathan Caldwell, was recommended to me by a colleague.

Are there any other details you would like to release?

I’ll give you this. We’re not to spoil the plot. We all have secrets. We all have friends that we have not shared things with. Conflict is inevitable when we’re close to people for years and unspoken words can break up relationships. There are three major social commentaries that I address in the play. I address the Black church, I address corporate America, and I address the educational system.