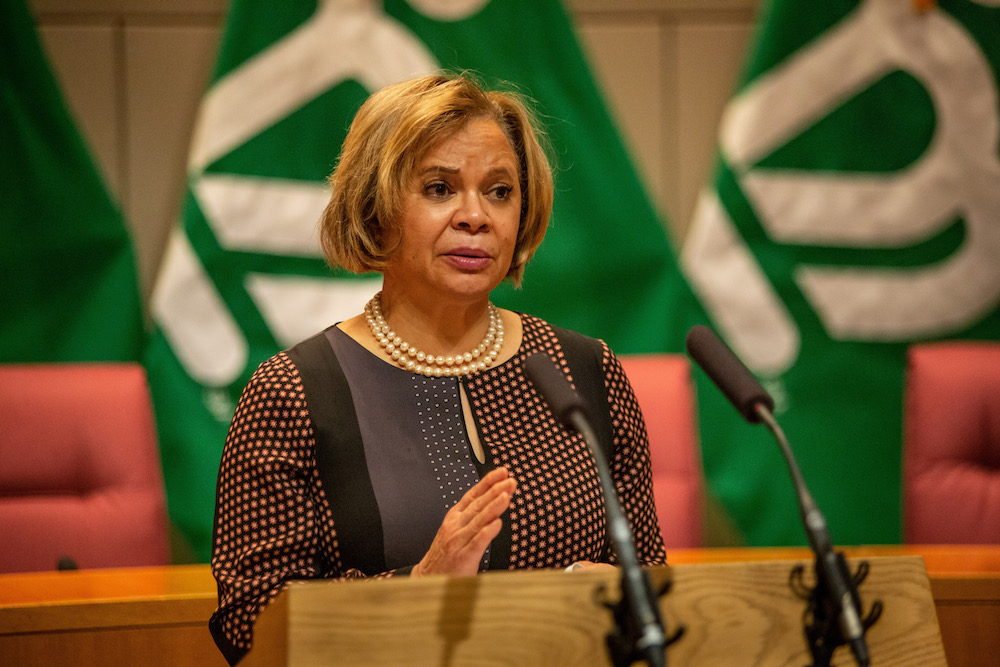 
Mayor Vi Lyles has received mixed reactions following a tweet about a Buffalo Bills player who collapsed on the field Monday night.

During the first quarter of the Buffalo Bills versus Cincinnati Bengals game, safety Damar Hamlin collapsed after making a tackle.

Hamlin, 24, was given CPR for nearly 10 minutes before being rushed to the University of Cincinnati Medical Center. The Bills later reported that he had gone into cardiac arrest.

“This is too much to watch please know we are praying for Damar Hamlin in Charlotte with all of our hearts,” Lyles tweeted.

“3 homicides in Charlotte already in 2023….Yet you say nothing,” Twitter user Joeypublican tweeted.

“6 deaths (3 homicides) in Charlotte in 2 days and this horrible woman says nothing, yet she wants the attention for a football game tragedy,” another user, avanveen8, wrote.

“I am certain we won’t hear anything about how 2022 was the most homicides in Charlotte ever (since 2020 – also under her “leadership”).”

Other users shared Lyles’ comment and some responded with prayer emojis.

One former New Yorker quoted her tweet with a message to express his appreciation.

“Thank you Mayor Lyles…Those of us WNY transplants in the CLT appreciate your prayers,” Butch McLaughlin tweeted.

Mayor Lyles, who is relatively active on Twitter, has expressed thoughts about the city’s crime before.

In June 2022, following a shooting that ended the life of a toddler, she tweeted, “a one-year-old child is killed and a seven-year-old sibling injured in a shooting this weekend. I don’t have the words… as I know the total devastation being felt by a Charlotte family today. This is terrible and so heart breaking.”

QCity Metro reached out to Lyles and her public relations team for comment, but neither returned our calls and e-mail.

The Bills announced that Hamlin suffered a cardiac arrest and remains in critical condition.