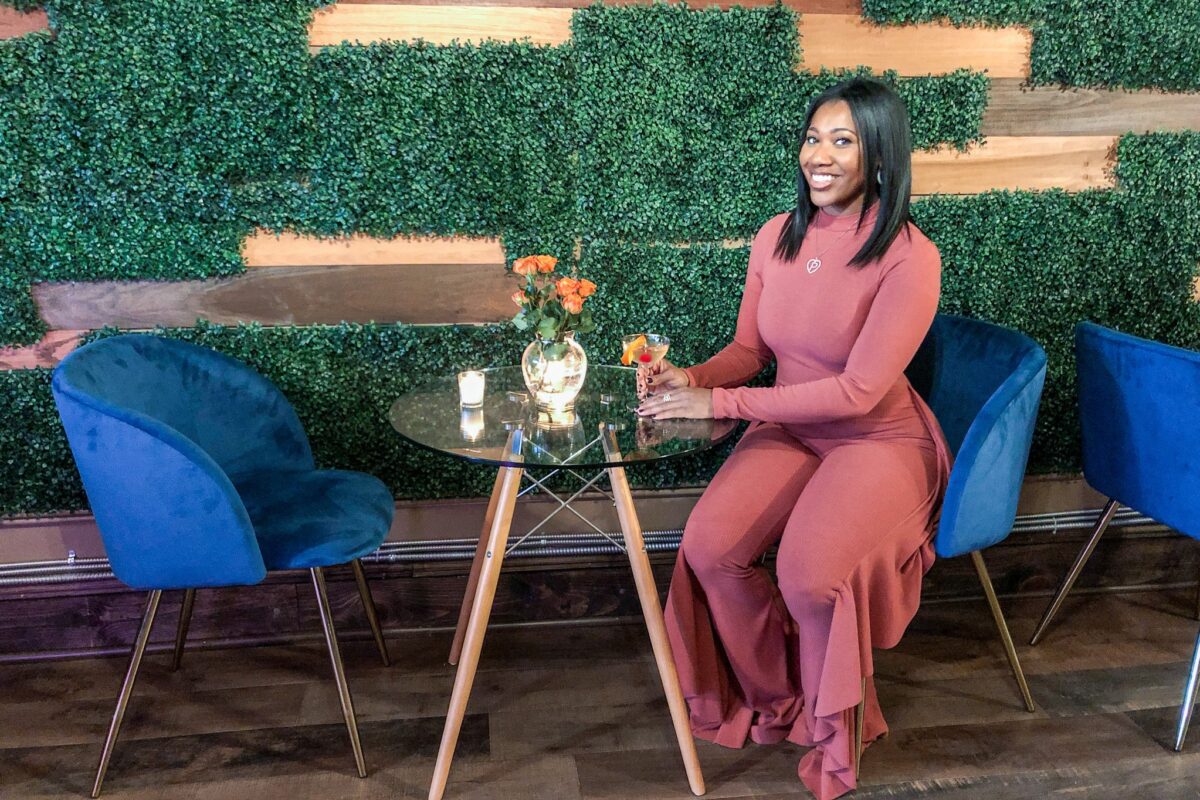 
Everything will work out somehow. That’s the biggest lesson Kimberly Wilkinson says she has learned in her 13 years as a business owner.

“I don’t worry about stuff like I used to,” said Wilkinson. “I used to stress the heck out. I don’t do that anymore.” This approach has helped Wilkinson operate multiple brick-and-mortar businesses at one time.

Wilkinson currently owns two businesses in Charlotte and has a third on the way. Juice Box in NoDa and Members Only in Plaza Midwood, have been open for several years while her newest concept, Sprinkle, is coming soon.

Juice Box, a juice bar that specializes in cold pressed juices and fresh smoothies, will soon say farewell to its spot in NoDa of six years and move its operations to Beatties Ford Road.

Wilkinson, who is a graduate of Johnson C. Smith University, said one reason for moving Juice Box to its new location is to bring healthier food and drinks to Charlotte’s West End.

“I want healthy options in our community that we definitely don’t get, especially over there,” she said.

A sprinkle of nightlife

Though her juice bar is leaving NoDa, Wilkinson’s presence will remain. In place of the old Juice Box location will be the new home of Sprinkle.

Sprinkle will serve “sweet treats” and cocktails, something Wilkinson has been looking forward to. She’ll bring bar and nightlife experience from owning Member’s Only, a tasting room and social space in Plaza Midwood that’s well-known for its cocktail menu.

As for Sprinkle, Wilkinson says the idea behind the new space is to provide the nightlife and socialization NoDa is known for. When Juice Box was open in the area, Wilkinson said customers often asked if she could add alcoholic smoothies to the menu.

“They wanted a different atmosphere that I wasn’t able to give them,” she said. “I’m looking forward to seeing how the neighborhood now responds to [Sprinkle].”

Despite operating three business in Charlotte, Wilkinson said there is much more she wants to do. She wants to expand to cities like Nashville and Atlanta.

“I want to be everywhere,”, she said.

When it comes to looking for prospective business locations, Wilkinson said she likes neighborhoods and places that are walkable and have a lots of foot traffic. She likes to see that people can walk downstairs from where they live or work to grab a bite or something to drink.

Sprinkle will have seating room for 30 people and additional standing room for 15-20. Neither Sprinkle nor Juice Box in the West End have set opening dates, but Wilkinson said they’ll be open soon.