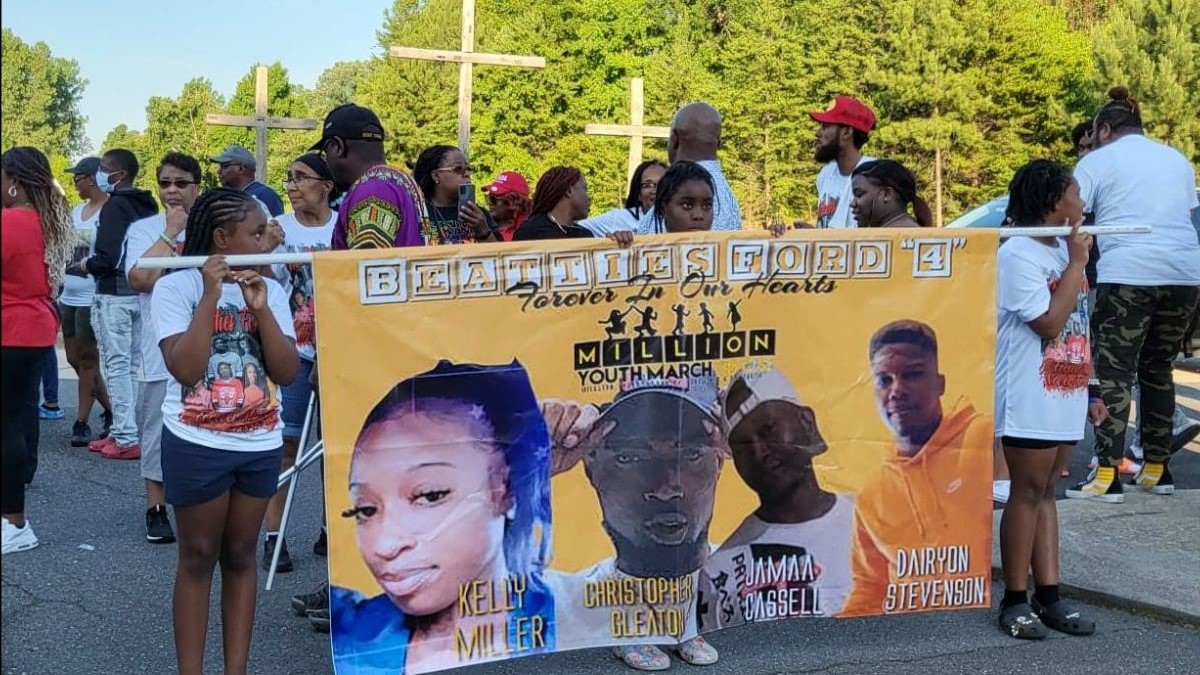 Roughly 100 people — friends, family members and neighbors — marched 1.2 miles along Beatties Ford Road on Thursday in memory of the four people who died in during a mass-shooting incident in 2021.

“It’s a good thing that all the families involved are standing together,” said Francine Vernon, cousin of Jamaa Cassell, one of the people killed when shooters opened fire during a street party on Beatties Ford Road.

“We all grieve together,” she said.

CMPD blocked traffic to protect the marchers, while passersby in cars blew their horns in support. Sheriff Garry McFadden, a distant relative of victim Christopher Gleaton, also attended the march.

Law enforcement authorities last week announced a $47,300 reward for information that leads to an arrest in the case.