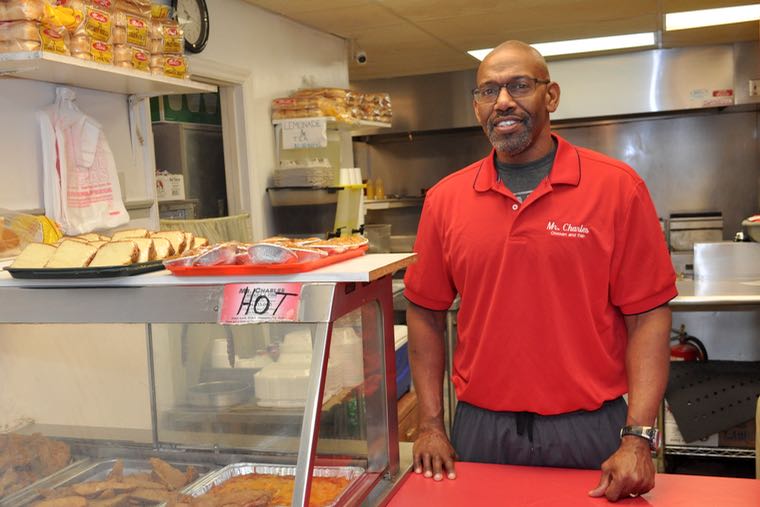 
Amidst a series of recent restaurant closings, like Lulu’s Maryland-style Chicken and Seafood last week, one local restaurant is expanding.

Michael Rhynes, owner of Mr. Charles Chicken & Fish, took over the family business from his grandfather and is active in daily operations. Rhynes said the new restaurant would have a “different feel” than the other two locations.

Mr. Charles Chicken & Fish was not always a restaurant. The space was originally a convenience store called “Big Apple” that sold potato wedges and chicken.

The restaurant’s current name comes, not from Rhynes and his family, but from “Mr. Charles,” a family friend.

Mr. Charles, the owner of the building on Statesville Avenue, initially leased out the space to Rhyne’s grandfather at no cost, hence the restaurant’s name.

Over the years, the menu expanded and the once convenience store became the soul food favorite it is today. Menu options, like the popular Four Wing Special — deep fried wings in the restaurant’s special marinade and breading served with two homemade sides — led the restaurant to become a go-to lunch option in Charlotte.

Years later, the family established dine-in eating at the Cambridge location and set the stage for the future Dalton location.

The original location, at 3100 Statesville Avenue, is carryout only. The restaurant’s second location, 8006 Cambridge Commons Drive, opens at 5 p.m. and has a “family restaurant” feel. Rhynes said the second restaurant, which is located near PNC Music Pavilion has seen much success despite having experienced a minor staffing issue.

The new location, at 413 Dalton Avenue, (diagonal from the Charlotte Fire Department headquarters) was chosen because of its proximity to Uptown. Rhynes says it will be a more modernized version of the casual restaurant, and will have an up-to-date interior.

Rhyne’s says managing the Statesville location is a “tall task” because of all the cooking, prepping and trips to supply warehouses.

Rhynes added that the family plans to continue expanding the business by adding more locations in the future.