Naomi Rodgers, who grew up singing in a N.C. church, talks about playing the iconic Tina Turner 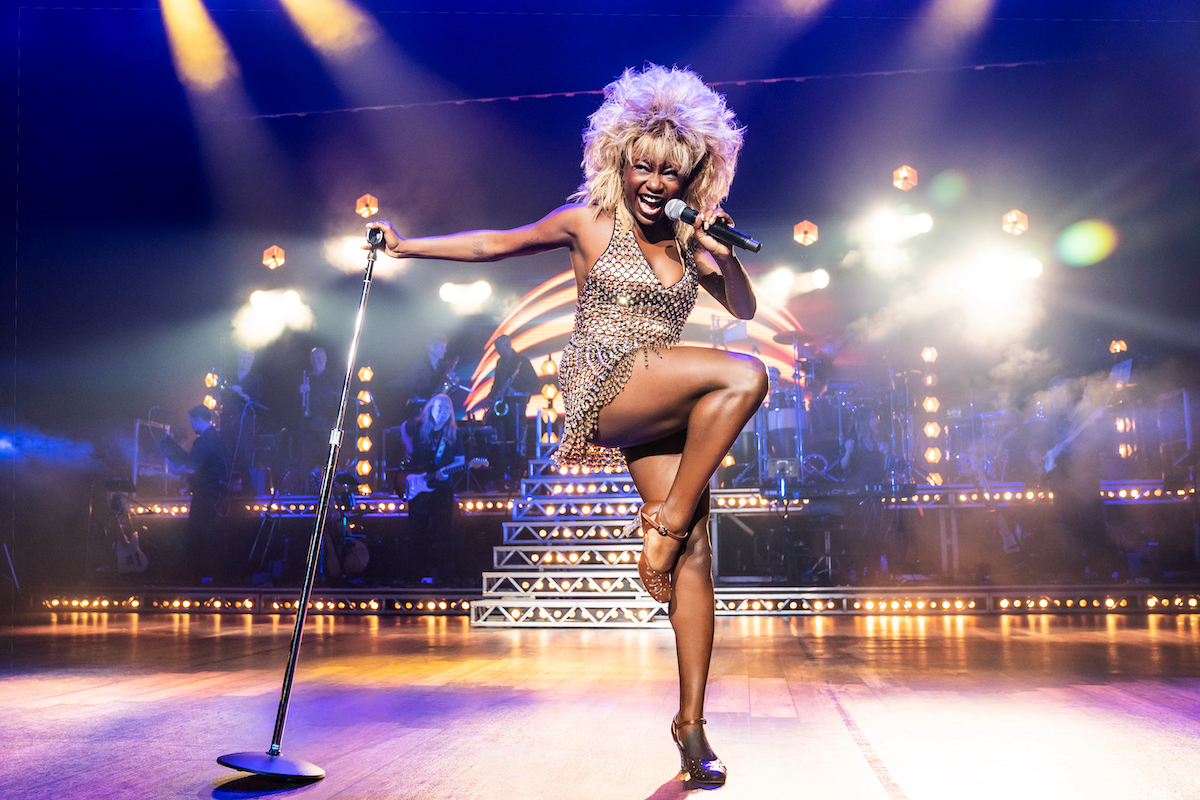 Naomi Rodgers, who grew up singing in a N.C. church, talks about playing the iconic Tina Turner


Naomi Rodgers was touring with the musical “Frozen” when she got a text message about an opportunity to star as Tina Turner in a future production.

“Hey, do you think Tina is in your wheelhouse?” her agent asked.

Though somewhat unfamiliar with the Tina Turner story, Rodgers submitted an audition tape and, one day later, landed the role.

On Tuesday, Dec. 27, the Virginia Beach native who grew up in Elizabeth City, North Carolina, will come to Charlotte with the traveling production of “Tina: The Tina Turner Musical,” which opens at Belk Theater.

Rodgers said the two performers are needed to offset the physical demands of being on stage for more than two hours while performing close to 20 songs.

“I think that’s the coolest part about the experience, because the audience does not know who they are going to see,” she said during a telephone interview. “They have the opportunity to come back and see a different show. She’s from Brooklyn, so you got Brooklyn Tina, and you got Virginia and North Carolina Tina.

Rodgers has toured with the show in six cities, including Washington, D.C., where the audience “definitely showed out,” she said.

Rodgers has been singing on stage for nearly half her life. At age 12, she auditioned to sing “Home,” from the musical “The Wiz,” at a small theater in Elizabeth City.

“They called me like that same week and told me they wanted me to sing ‘Your Daddy’s Son,’ from ‘Ragtime,’” she recalled. “That was the first song ever that helped me realize that musical theater was the end-all-be-all for me.”

Growing up, Rodgers sang with her father and sister at church and at various events around town, she said. Her mother, a pastor, loved to entertain and act, but never as a professional.

In this way, Rodgers said, her mom lives vicariously through her Broadway-star daughter.

It was her mother who took a young Naomi Rodgers, age 12, to see her first musical production, “The Music Man” and days later signed her up for her first audition.

In 2017, Rodgers graduated from New York City’s American Musical and Dramatic Academy. A year later, she landed a role in Hilton Head, South Carolina in a production of the musical “Legally Blonde,” starring as the chipper sorority girl Elle Woods.

In the Q&A below, Rodgers’ answers were edited for length and clarity.

How do you get into character to play the role of Tina Turner?

You always want to be in good spirits before going into this role, because it can be emotionally exhausting. You want to be able to be present and connect with it (the character), so I always make sure I’m blasting some music. I’m a huge fan of Motley Crue, so I play their music before I go on just to get into the rock ‘n roll state of mind.

Were you familiar with Tina’s life and work before starring in this musical?

I knew about Tina’s work, but I never knew about this story. I always knew about the traumatizing parts of her life, which is what we all know about, sadly. If I would have known about her life after Ike, it would have changed my perception of her. Tina had so many people who influenced her, pushed her and remained by her side. This story needs to be told, because there’s so many other important things that happened besides her pain.

Have any of your family members come to see you? If so, what were their reactions?

My mom came to see me in Providence, Rhode Island, but I had actually blown my voice out so my opening night was not the way I wanted it to go. I was feeling down, but she called me and was like, “I said I wasn’t gonna cry, but you were amazing.” I’ve never heard my mom say anything like that to me in my life, and she had never cried to me. She also came to see me in D.C., and her and my sister have been my biggest supporters.

What is your favorite Tina song since being in this role, and why?

It switches every other day, but as of now, it’s “I Can’t Stand the Rain.” Tina, in that song, has a very distinct sound. You can really hear her variations and how she plays with her voice.

Have you met Tina yet?

I have sent her videos and told her happy birthday, but I have not been able to talk to her yet.

If you got the chance to meet her, what would you tell her?

I would thank her for her story, because I understand, for a while, why she didn’t want to tell her story. I would tell her that without her voice and sound, there would be no me in this show. There’s not a lot of voices that sound like mine, because I have a very raspy voice. And I would just want her to be my therapist for a minute and tell her about my problems so she can help me.