Overall crime was up in 2022, but down in violent crime 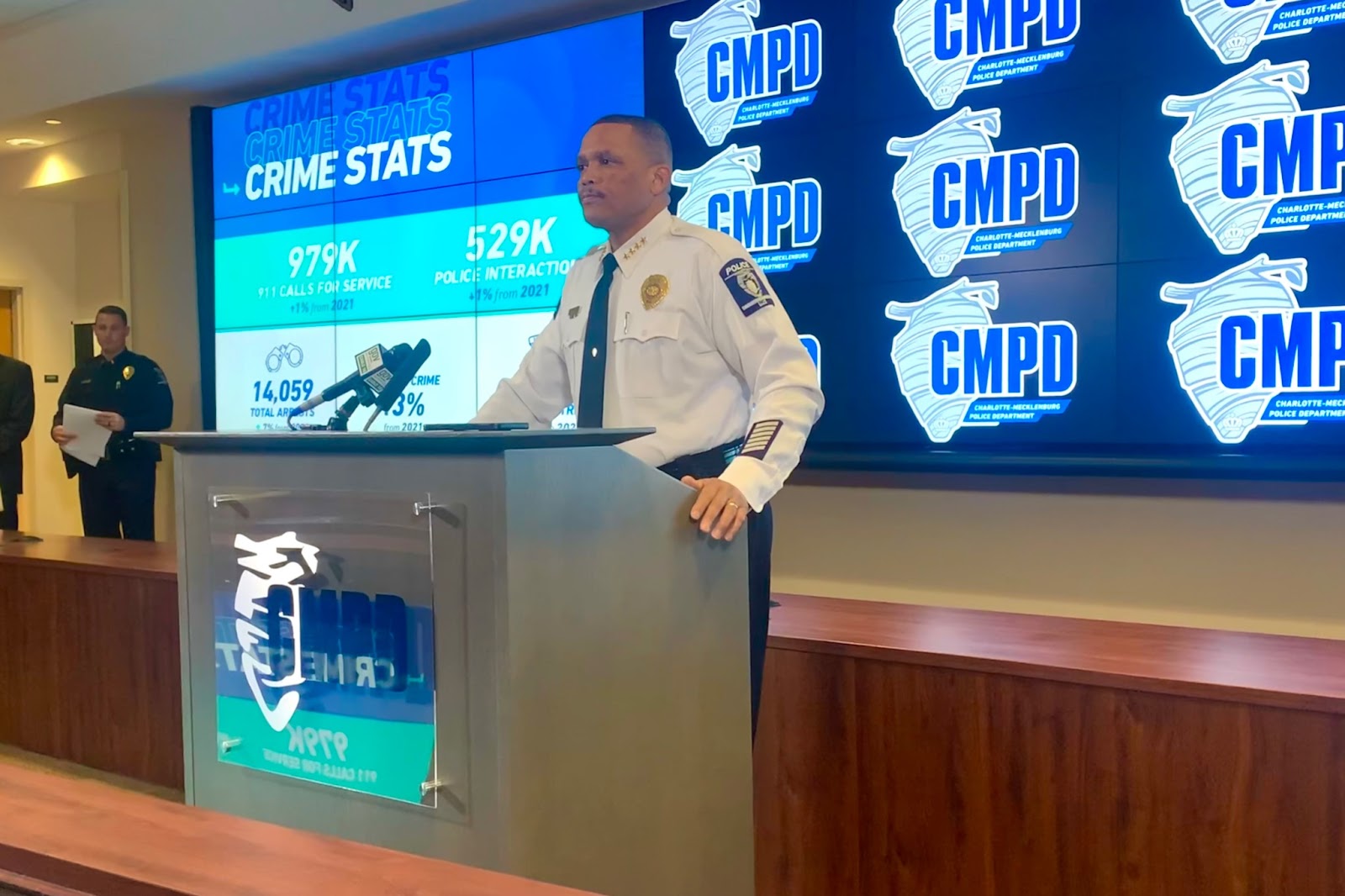 Overall crime was up in 2022, but down in violent crime


Charlotte-Mecklenburg Police Department’s End of Year report showed that overall crimes were up by 3%, while violent crime was down 5% in 2022.

Chief Johnny Jennings attributed the decrease of violent crimes to the number of guns taken off the street.

The department’s crime gun suppression team saw an 8% increase in gun seizures, with more than 3,182 guns taken off Charlotte’s streets.

“It’s not just a matter of taking the guns off the streets, but they’re intentional about who those guns come from,” Jennings told reporters in a news briefing on Thursday.

“They are intentional about looking at those violent offenders that have the propensity to commit violent acts with the use of a firearm.”

CMPD said 18 juveniles were charged in some of those cases. Two suspects were as young as 14 years old.

Many of the incidents stemmed from misunderstandings and disagreements that escalated to gun fire, police said.

Juveniles have also accounted for the increase of property crimes (up 6%), CMPD said.

CMPD arrested 5 juveniles who committed a combined 179 property crimes in 2022. Apartments and residential homes under construction are top targets.

The increase is from the social media trend that targeted Kia and Hyundai vehicles, the department said.

“When you see a 12 or 13-year old that’s committing serious, violent offenses, that’s very concerning, not just within the police department, but as a community,” Jennings said.

Suspects are using different scams to trick unsuspecting people into handing over their money.

There are currently 4,316 incidents being investigated, CMPD said. Police said there was a 41% increase in forgery and fraud cases.

Police noted an incident where a business owner mailed a check to another business owner, but the sender was contacted because the payment had not been received.

Later, the sender learned that the check had been cashed by someone the check was not made out to.

Once the incident was reported, CMPD identified the suspect through video surveillance and a warrant was issued for arrest.

The department warns the public not to send checks from their personal mailboxes, but to instead ship them from the Post Office.

People should also monitor their accounts to make sure that transactions are cleared and sent to the correct person, CMPD said.

Other crimes statistics include:

CMPD, currently understaffed by more than 200 officers, is also working on recruitment. The department is also focused on retention efforts to enhance the current workforce, focus on employee wellness and internal culture, and ensure officers have updated equipment and training.

Jennings plans to continue meeting with Mecklenburg County court leaders to discuss issues with bonds being too low.

“Every single year we are going to have challenges. The challenges are going to continue with violent crime and recruiting and retaining officers,” Jennings said. “But make no mistake, I am extremely proud of our department.”