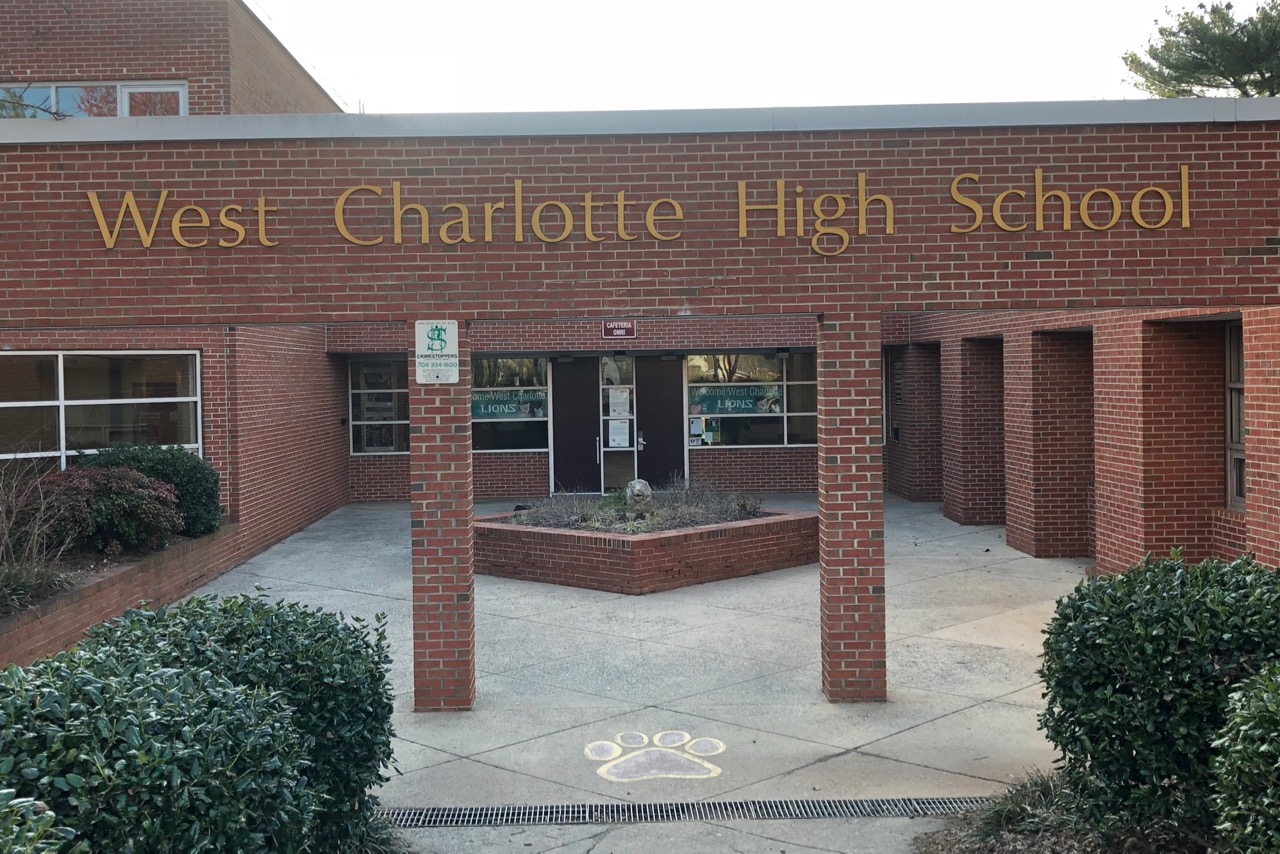 According to CMPD, the incident happened shortly after 2:15 p.m. when two students got into a dispute over a book bag. When the altercation ended, the police said, one of the students pulled a gun and fired at least one shot.

The shooting happened outside the building on the grounds of West Charlotte High. Police officers remained at the school to guard against further incidents.

No one was struck by a bullet, but one person at the school was treated by Medic for minor injuries, according to the police.

CMS officials so far this year have confiscated at least 18 guns, leading Superintendent Earnest Winston to appeal for more community and parental involvement.

At a new conference Monday, CMPD Chief Johnny Jennings said the incident at West Charlotte is “much bigger” than a single incident.

“It’s a whole issue that we’re dealing with throughout society,” he said, “not just in Charlotte-Mecklenburg but across the nation where we see young people resorting to violence far too quickly. It’s an issue we have to face right up front.”

Jennings announced a new initiative — Campus Crime Stoppers — that pays a $500 reward when students provide information that leads to an arrest or gun seizure.

Winston, who also spoke at the press conference, called the incident at West Charlotte “unacceptable” but not a reflection of the “hard work” that happens every day at the school.

He said the incident was another example of a communitywide problem that found its way onto a school campus, and he encouraged parents to have “tough conversations” with their students.

“Monitor their social media and check their backpacks so that you know what it is that they’re bringing to school,” Winston said. “It’s unacceptable to have a weapon of any kind to find its way onto any school campus. As a community, we have a call of action to say, ‘No more; we will not allow this to happen.’”

This incident at West Charlotte comes a week after Winston announced new safety measures for the district in response to an uptick in violence and guns confiscated.

Among other measures, the district has ordered clear backpacks for high school students, with delivery scheduled for February. The district also has doubled the number of random safety screenings in secondary schools and is working to implement a system so that middle and high school students can anonymously report guns or violent threats.

Because of the student’s age, the police did not name the suspect in Monday’s incident but said the student was charged with possession of a firearm on school grounds.