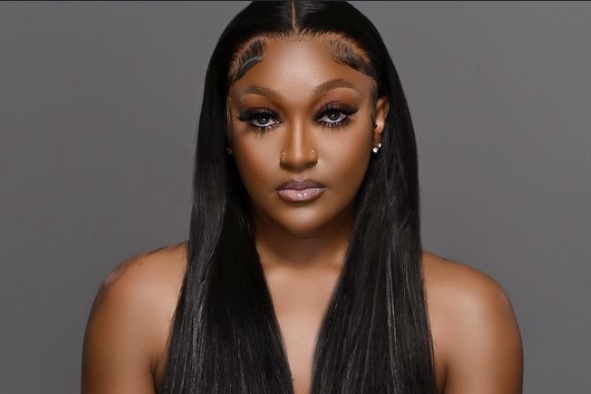 
Hundreds of people flooded the Macedonia Baptist Church on Sunday to attend the funeral of Shanquella Robinson, a Charlotte woman who died under mysterious circumstances while vacationing in Mexico.

Some clung to loved ones in sorrow; others joined in praise and worship.

Robinson, 25, made national news after she died Oct. 29 in the Mexican resort city of Cabo San Lucas, where she had gone with six friends the previous day.

Robinson’s parents told several news outlets that their daughter’s friends attributed her death to alcohol poisoning, but an autopsy reports listed the cause of death as “severe spinal cord injury and atlas luxation.”

The FBI has opened an investigation.

A common theme throughout the funeral service was a desire for justice.

Tamika Mallory, co-founder of Until Freedom, a social justice organization, said she and her team would not stop working until justice is served — a sentiment express by others at the funeral service.

“Don’t let death rob us of our memories of Shanquella,” Bishop John Walker said during the eulogy. “Justice will be done.”

A crown was placed on Shanquella Robinson’s head to close the service. Flower petals were dropped as her vibrant-colored casket exited the church and a horse drawn chariot carried the casket away.

Robinson is a graduate of West Charlotte High School and also attended Winston-Salem State University. She was a children’s hair braider and operated a women’s boutique business called “The Exquisite Boutique.”

Though questions still remain regarding her death, those who knew her reflected on her life and legacy.

‘Her smile was genuine and would light up a room.’

When DeVondia Roseborough was introduced to Shanquella, her smile was something that captured attention.

“Her smile was genuine and would light up a room,” she said. “She came over to get something from my oldest daughter and that’s when I met her.”

Robinson was often at the Roseborough home, hanging out with her daughters who attended West Charlotte High School with her.

“Her smile was genuine and would light up a room.”

Roseborough said she was cautious of who her children spent time with, but knew that Robinson was different from some of the other kids she had concerns about.

“I remember her being reserved. She wasn’t a confrontational type 0f person,” Roseborough said. “She was loving and kind.”

Roseborough said Robinson remained closed with her family over the years and often braided her granddaughter’s hair. Though she and her family are grieving her death, they are optimistic about justice, she said.

“Everybody loved her,” she said. “They’re inspired by her story and motivated by the cause.”

‘She was a hard worker’

DaiKayla Graves, a nail technician, met Robinson in August 2021 when she rented a suite in the salon the braider worked at. Graves was familiar with Robinson’s braiding business but admired her work ethic more during their time working together.

“She was a hard worker. No matter what was going on in her life, she always worked,” she said. “She [would] work until past midnight to get her job done and [would] be back in there early in the next morning doing another [person’s hair].”

The two would often connect by talking about their respective businesses, often seeking advice from each other. Graves said they would often look out for one another during and after the work day.

“We always check up on each other whenever one of us would leave out for the day,”she said. “We’d text each other to make sure we made it home safely.”

Some of her fondest memories with Robinson were were the day’s Robinson brought her French bulldog to work.

“I will always remember her chasing that dog whenever people were coming in,” she laughed.

On Nov. 16, a video that has since gone viral surfaced on social media showing a woman attacking Robinson.

In the video, Robinson is unclothed as a woman violently punches her several times. A man’s voice — his face is not shown in the video — says, “Quella, can you at least fight back?”

“It was never a fight. She didn’t fight. They attacked her,” Sallamondra Robinson, Shanquella Robinson’s mother, told WSOC-TV.

“She did not deserve to be treated like that.”

To date, the authorities have not confirmed whether any fatal injuries occurred during the fight shown on the video.

Since the video’s release, Robinson’s family, friends, and many supporters online have requested justice for her death.

Robinson’s parents reported their daughter’s death to the Federal Bureau of Investigations’ (FBI) Charlotte office, who have told several news outlets that it is actively investigating the case.

On Nov. 16, the Baja California Sur Attorney General’s Office tweeted that they too are actively investigating Robinson’s death.

Mexican authorities are also investigating Robinson’s death as possible femicide. “An investigation was initiated for femicide,” the State Attorney General’s Office of Baja California Sur announced in a statement Thursday, according to ABC News.

Femicide is defined “the act of killing a woman, as by a domestic partner or a member of a criminal enterprise,”according to dictionary.com.

Her family has started a GoFundMe to raise money for funeral costs. As of Sunday evening, the page raised $350,740, surpassing its original goal of $100,000.