Residents of historically Black Pottstown neighborhood are pushing back against gentrification 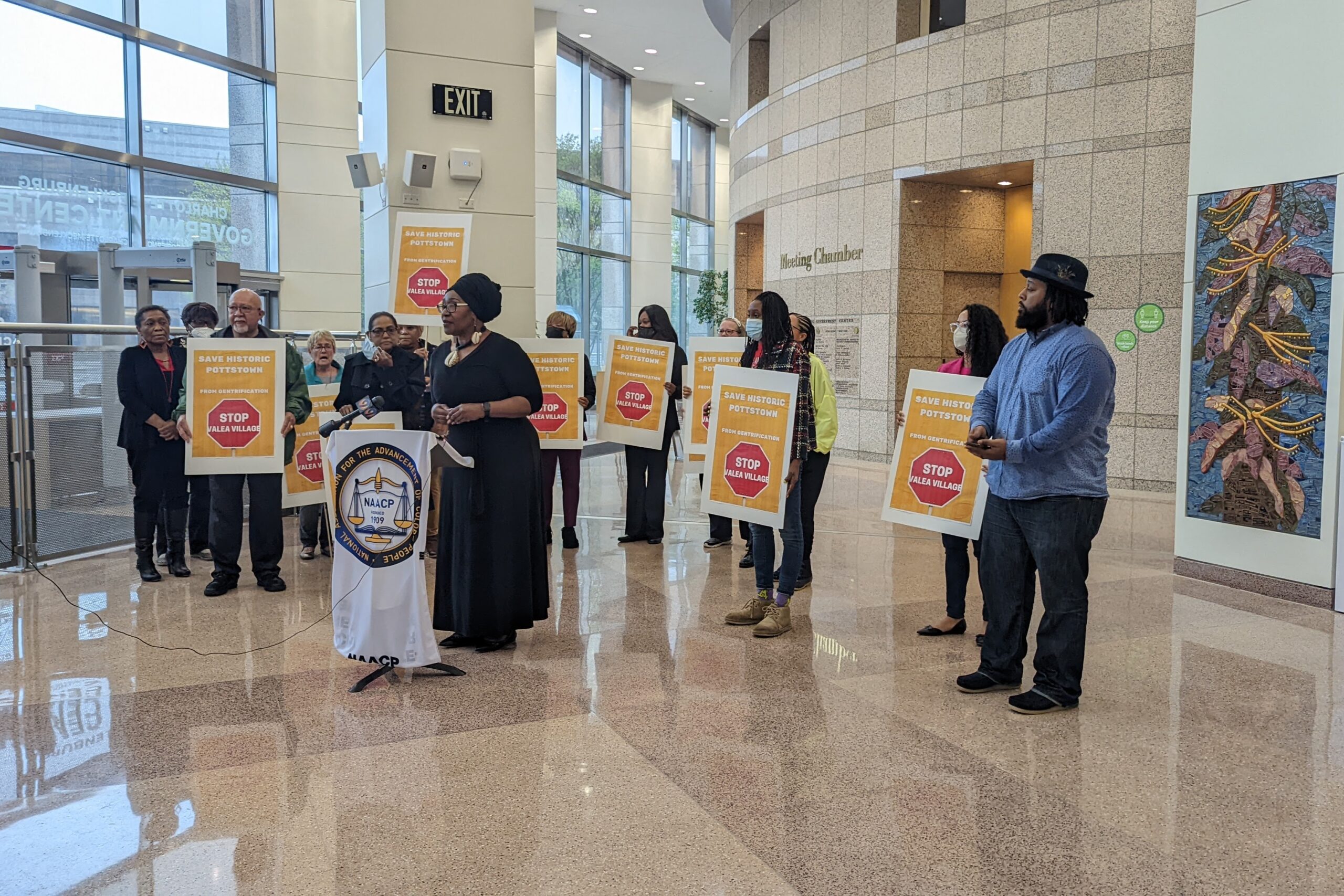 Residents of historically Black Pottstown neighborhood are pushing back against gentrification

They carried with them signs that read, “Save historic Pottstown from gentrification. Stop Valea Village.”

Established in 1909, Pottstown was once the home of formerly enslaved people. Today, some residents say the 150-home community faces gentrification from the planned construction of Valea Village, a 30-acre project set to be built on vacant land there.

According to Valea Village’s sketch plan, the project will include 36 single-family homes.

Mack said the community should be set aside as a historic landmark and protected from gentrification.

“It should have been determined to become a landmark years ago,” she told QCity metro.

Mack said Pottstown residents want the Mecklenburg Board of County Commissioners to stop the construction project.

Pottstown has emerged as the latest in a growing list of historically Black neighborhoods fighting gentrification. Part of the community’s history is tied to the historic Newell Rosenwald School.

According to the Historic Landmarks Commission, the school is one of six Rosenwald schools still standing in North Carolina. Rosenwald schools were built across the South during the Jim Crow era of racial segregation to educate Black children who weren’t allowed in whites-only schools. The school construction was funded by Julius Rosenwald, a philanthropist and president of the Sears Roebuck retail chain.

After the Newell school closed in 1958, the building was used as a community center.

In addition to protecting the community from development, Mack said the residents worry that gentrification will cause their property taxes to rise. They also are concerned about a lack of job opportunities in the area, one of the residents said later, during a county commissioners’ meeting.

Stewart Gray, historic resources program manager at the landmarks commission, said that because Pottstown is an entire neighborhood and not a single building, it can’t be set aside as a historic “landmark.”

It could be named a “historic district,” he said, but that would require action by the Charlotte Historic District Commission.