Super Icy Brothers to open a store in Northlake Mall 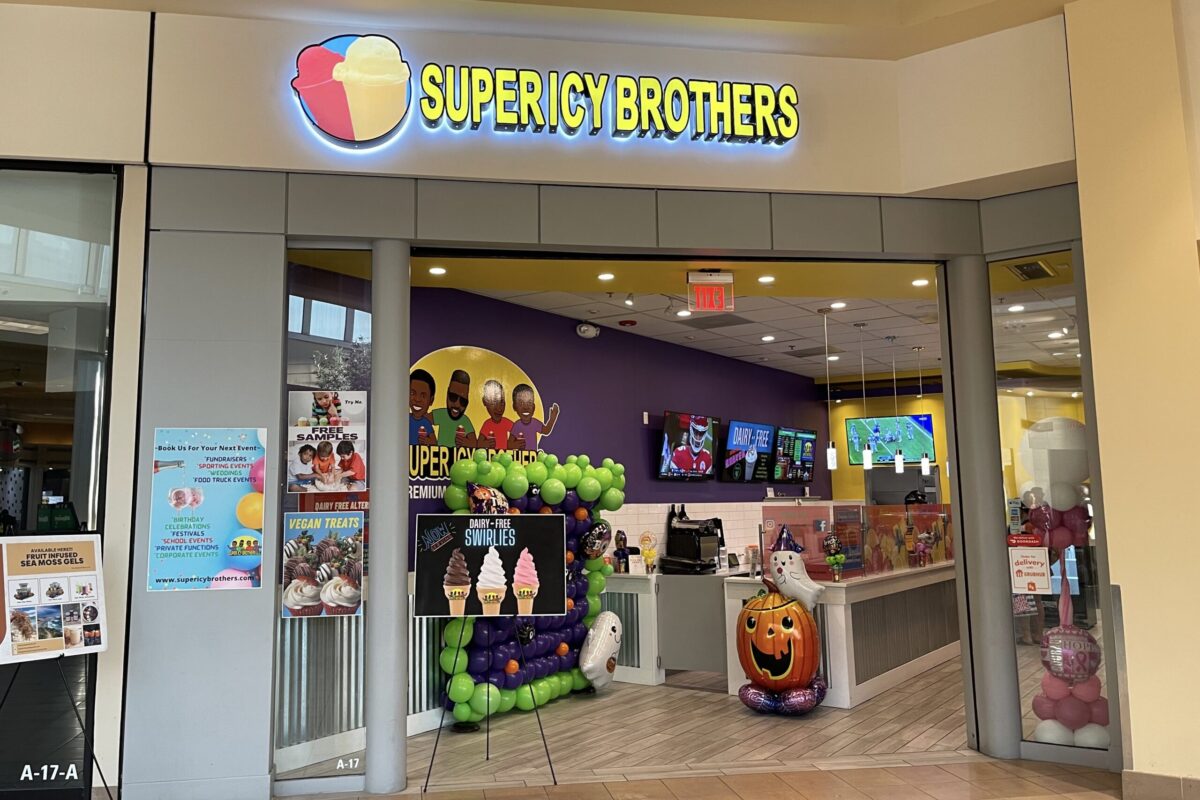 Super Icy Brothers to open a store in Northlake Mall

The South Carolina-based dessert shop opened its first location in Rock Hill in Oct. 2019 and a second store at Carolina Place Mall in Pineville last fall.

After a bout with lactose landed him in the hospital in 2018, Ira Guinn could no longer consume dairy.

Determined to ensure he could still enjoy his usual treats, his wife began cooking meals with dairy-free ingredients.

Super Icy Brothers is primarily known for its alcohol-infused Italian ice although the brand carries much more. A selection of vegan soft-serves and milkshakes, non-alcoholic Italian ice, and gourmet kettle corn options are available as well.

Guinn plans to add a few new menu items and hopes to open the Northlake location before Thanksgiving.

How it all began

Guinn was a football coach at York Comprehensive High School and noticed a problem among the boys he was coaching.

Many of them wouldn’t eat any of the cakes or ice creams at their pre-game meals.

Initially, he didn’t think much about it.

When Guinn was eating one his wife’s homemade desserts that he was approached by an interested player that an idea sparked.

“Coach, I heard you were vegan. Is that vegan?” the player asked, pointing to the cheesecake.

Guinn shared a slice with the player, who enjoyed it, and later and asked his wife to make more.

Soon, curiosity among the other coaches and players led Guinn to sell cheesecake and other vegan treats.

Using his personal savings, he bought a small pushcart to sell desserts under the name Super Icy Brothers.

In 2019, he left coaching to become a full-time entrepreneur.

“The business started growing and it started to be a hindrance to me to be coaching” Guinn said.

Soon after, he bought a food truck and served from there for about a year and a half.

Guinn’s products were so popular, that in one neighborhood, the line to purchase was nearly half of a mile long.

That success, however, didn’t come without its challenges.

It took a year for Guinn to perfect his soft serve recipe before he sold it to the public.

“I’m a perfectionist so I don’t want to unveil [the product] to the audience until I know that it’s at least grade A,” Guinn said.

“Once I got it, it’s almost like riding a bike, then everything else came easy,” he finished.

Guinn knew that there were others who experienced dietary issues and wanted to ensure that when they walked into his shop, they could enjoy any dessert on the menu.

At the end of 2019, Guinn opened his first brick and mortar in Rock Hill, S.C.

By this time, Guinn had added alcohol-infused Italian ice known as “twisted scoops” as well as vegan milkshakes and gourmet popcorn to the Super Icy Brothers menu.

Guinn opened a second store at Carolina Place Mall in Pineville, N.C. at the end of 2021.

The purple and gold storefront has fruit smoothies, vegan soft serve, Italian ice and vegan milkshakes but no twisted scoops at the moment.

Guinn had to temporarily remove the menu item because the North Carolina Alcoholic Beverage Control Commission (NC ABC) requires him to have a license to serve the alcohol-infused product.

Once he acquires those credentials, he will bring twisted scoops to Northlake Mall.

Guinn hoped to open his Northlake store before Thanksgiving, but the effects of COVID and current labor shortages have slowed the process.

What is certain, however, is that the menu will largely remain the same, with a few new additions.

The expected grand opening is around Christmas this year.