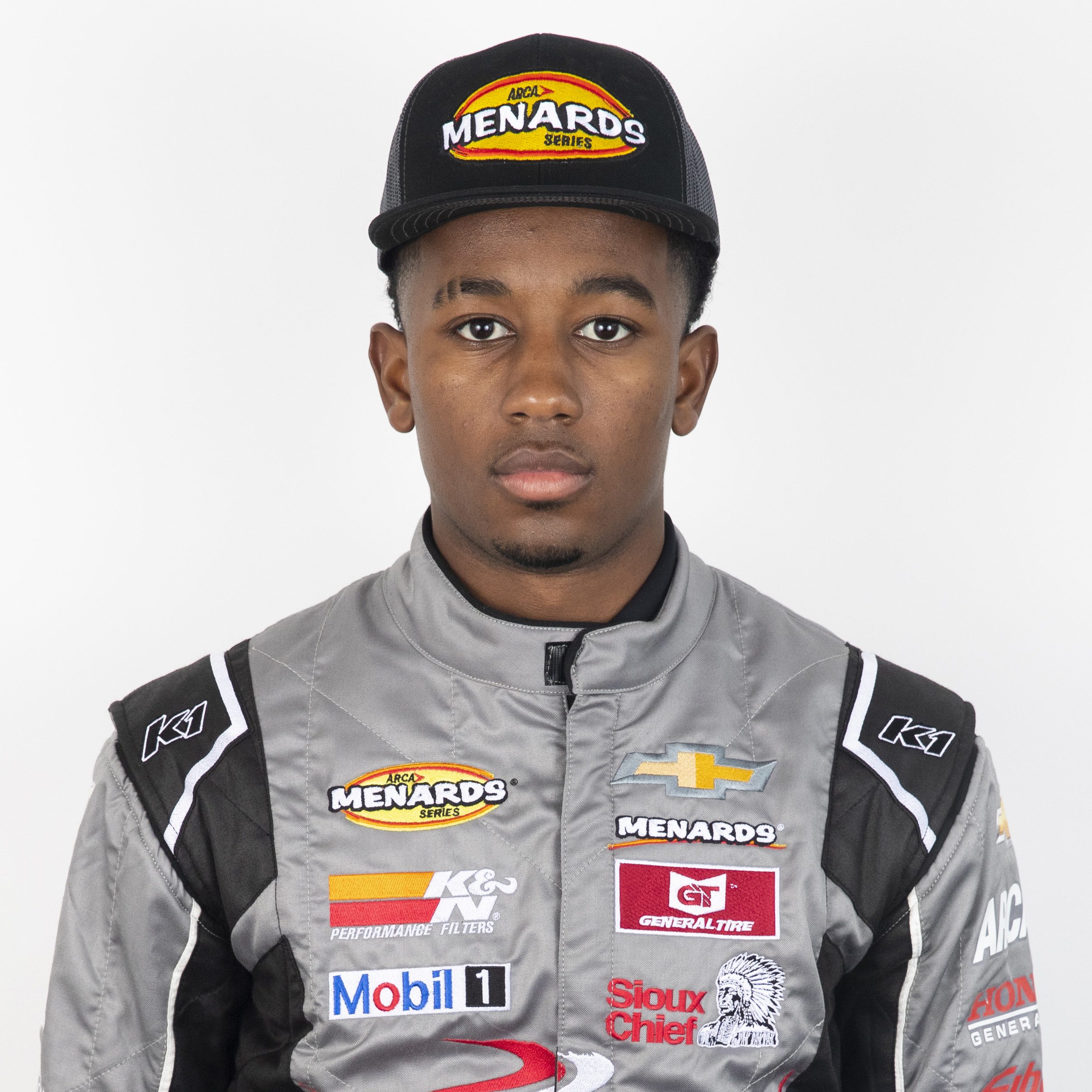 
Rajah Caruth, an upcoming Junior at HBCU, Winston Salem State University, will be competing Friday evening in the General Tire 150 at Charlotte Motor Speedway. If he wins, the rising star will top the ranks as No. 1 in the ARCA Menards Series for Rev Racing.

Caruth knew his purpose from the beginning.

Caruth’s early list of accomplishments are why his body is adorned with sponsors, though let him tell it, racing isn’t on him — it’s in him.

Caruth credits the movie “Cars” and racing video games as his earliest inspirations before he could grab the wheel for himself. He even showed me a toy figurine of lead car, Lightning McQueen, that he still keeps from his youth.

Now at only 19 years of age, Caruth is less concerned with Pixar movies and more with being the absolute best. Asked about his feelings on race day, Caruth stated performing at a consistently high level is all that matters.

And when Rajah says execute, he means it. He expounded, “Racing is my life. I’ve missed WSSU homecomings — which sucked — but I had to race. It’s my passion. Hopefully I can make one soon though.”

A well-traveled driver used to twists and turns.

Born in Atlanta, Caruth is most likely to listen to Lil Baby on race day to get into the mentality that propels his #6 car forward. For most of his childhood, Caruth lived in Washington, D.C., which he fondly remembers “going to the rec on Saturdays at Sherwood, taking the train to school, exploring the city, government buildings, crossing into Virginia.”

Now living in NASCAR country, Concord, North Carolina, the student-athlete and off-campus living Caruth humbly brags, “my race job is where I live at.”

When asked about the Black presence in racing, Caruth mentioned, “Behind the scenes there are so many of us in a lot of different positions on all levels including NASCAR. But as far as drivers, we need more representation.”

Regarding the historically low Black fanbase in racing, Caruth replied, “I can understand the hesitation. But nowadays, the sport itself is more inclusive. And not just inclusive for the sake of saying it, but putting it into action. I just hope it can get more accessible for inner city kids who want to get into racing.”

Rajah Caruth made the most of an opportunity.

Caruth would know, he participated in the NASCAR Drive for Diversity Driver Development Program, which races full-time in the ARCA Menards Series for Rev Racing. Caruth also races part-time in the NASCAR Xfinity Series.

A true gamer at heart, Caruth analogizes his career to date to NBA 2K’s Rookie Showcase “where I’m going through different challenges for the first time and beating it.”

According to ARCA Racing, Caruth was named the 2021 Wendell Scott Trailblazer Award recipient in the NASCAR Advance Auto Parts Weekly Series, an award based on a driver‘s final Weekly Series national standing as well as on-track performance, sportsmanship and community service.

Here’s what you need to know for today’s race.

Nick Sanchez, the driver of the No. 2 Rev Racing Chevrolet, has won the last two ARCA Menards Series events at Talladega Superspeedway and Kansas Speedway.

Those victories have catapulted him into a tie with his Rev Racing teammate, Caruth, for the ARCA Menards Series championship points lead.

Depending on today’s finish, Caruth could lead the division two years before he can properly toast his own celebration.

ARCA Menards Series will be at Charlotte Motor Speedway on Friday, 6 p.m. It can be viewed on FS1 or the Fox Sports App.