‘That’s my only son. I can’t let anything happen to him’ 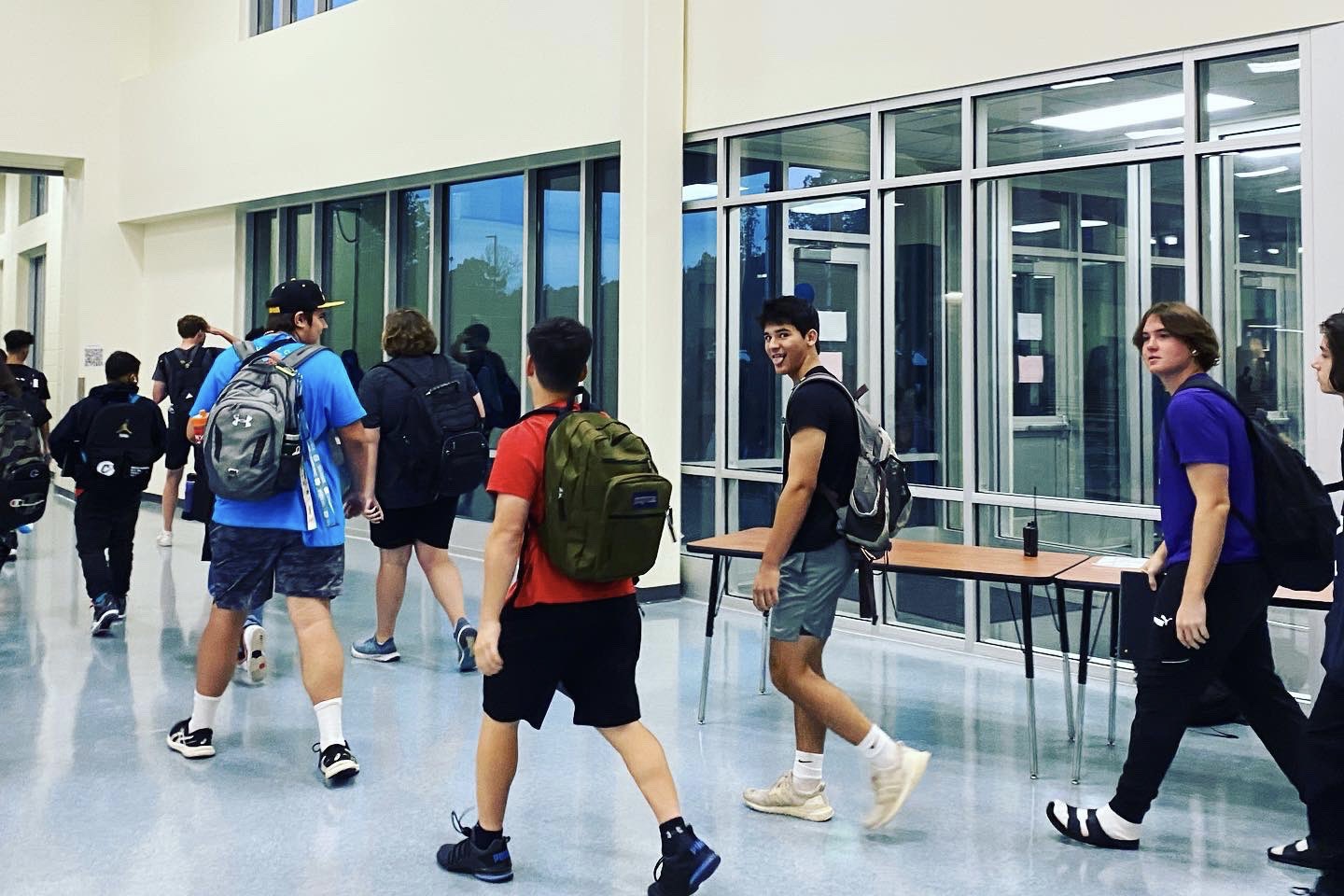 ‘That’s my only son. I can’t let anything happen to him’


Around 8:45 a.m. on Monday, Charnel Ramage and her son Hunter anxiously awaited his school bus at a corner on Johnson and Wales Way.

Hunter, a third grader at First Ward Elementary, was excited to start his second year at the school. His mother was simply hoping for another year without a gun incident.

“I only hear bad things about students being able to get guns on campus,” she said. “There’s not as much security as there should be.”

As Charlotte-Mecklenburg Schools welcomes 141,000 students back to classes this week, security is a major concern — for parents as well as for district officials.

To counter that trend, the district this year has increased the number of school resource officers from 69 to 76, according to a district spokesperson.

North Mecklenburg High School and Hopewell High School will each have two additional resource officers in response to past incidents at the schools, the district said.

CMS also has installed body scanners in all high schools, and it is now in the process of installing the scanners at 48 of its K-8 and middle schools.

Despite these moves, some parents who spoked with QCity Metro on Monday said they remain concerned.

Shanice Black, who has three kids across CMS — a first grader at Bruns Avenue Elementary, a freshman at Harding High School and a senior at Myers Park High School — said she wants the district to revisit the idea of requiring students to use clear book bags, a plan CMS shelved earlier this year.

“The kids may not like the clear book bags, but having them with the mental detectors will die down a lot of gun activity in the schools,” she said.

Winston Robinson, who has a kindergartener entering CMS, said he understands the need for additional security, but he worries about the impact it may have on the younger children.

“That visual shouldn’t be a concept associated with school,” he said.

Emily Merino’s son Skyler is a freshman at Mallard Creek High School. She said her safety concerns go beyond guns.

“Cyberbullying is an issue as well,” she said.

Merino said the district should offer more programs and activities that help students with self care.

“Mental health is a huge reason as to why there may be a school shooter, too, and so giving focus to this can possibly help,” she said.

A sense of optimism

Melody Compton has two daughters at CMS — a seventh grader at Ridge Road Middle School and a 10th grader at Mallard Creek. She said some of her concerns about school safety were relieved after attending open house sessions at both school.

“The metal detectors bring a sense of peace,” she said, “and also the added resource officers.”

Clarence Lee, the father of a West Charlotte High School freshman, said he’s hoping that having a new school building will encourage a safer learning environment. He said he’s also pleased with the installment of body scanners in the school.

“They got a good system that they are going to put in this place,” Lee said. “I’m going to roll with it until otherwise.”

Concern for the future

Ramage, who’s son had just gotten on his bus, said she and her husband aren’t convinced that much will change, especially at the high school level.

Once Hunter goes to high school, she said, they will likely enrolled him in a private school.

“I highly doubt that my husband and I will allow him to continue to go to the public school system, because I don’t want to deal with that,” she said. “That’s my only son. I can’t have anything happen to him.”